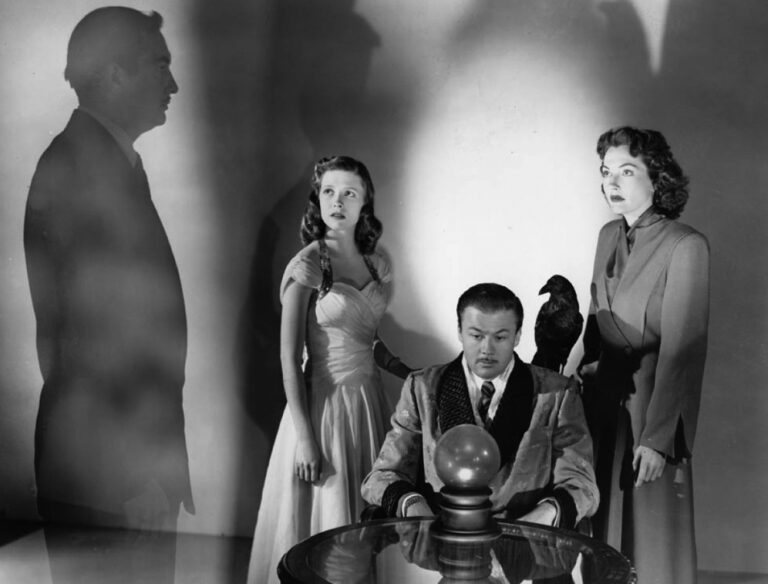 From Out of the Surf It Came … A Familiar Voice … A Voice That Belonged to the Afterlife!

The Amazing Mr. X stars Turhan Bey as Alexis, a mystery man who claims to communicate with spirits. Appearing on the beach one night, Alexis easily charms a depressed widow (Lynn Bari) and her sister (Cathy O’Donnell). The sly Alexis makes a living by separating gullible people from their money, but before this tale is over, he will learn that the living are far more dangerous than the dead.

Featuring exceptional cinematography by John Alton, director Bernard Vorhaus delivers a film that oozes weird passion and sinister suspense. The film’s striking 4K restoration from original 35mm film elements and Bey’s performance as the debonair, yet lurking mystic, contributes to one of the most unforgettable film noir restorations to be released in recent years. 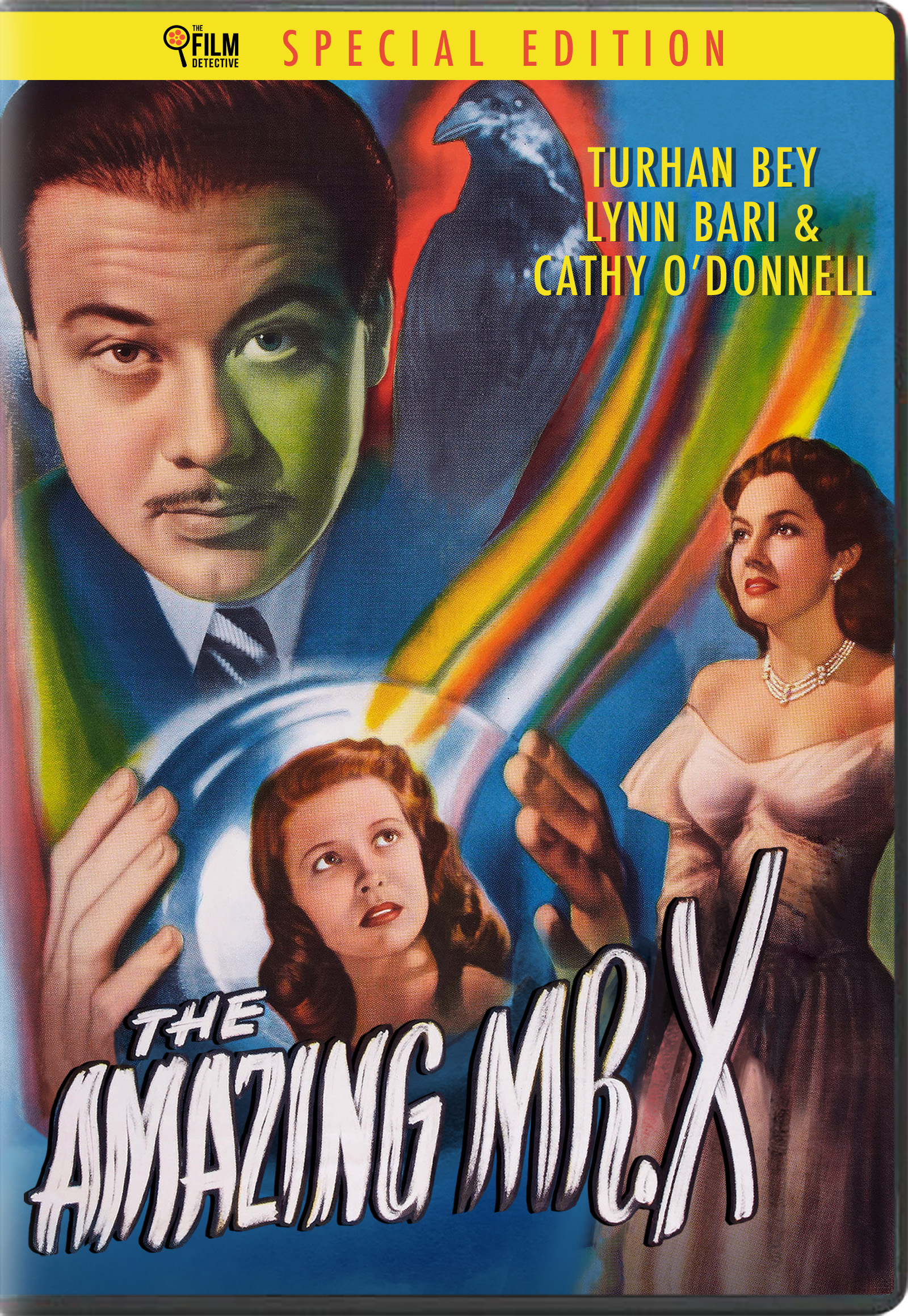 SPECIAL FEATURES: Audio commentary from professor and film scholar Jason A. Ney ● a full-color booklet with essay, “The Amazing Mr. Bey,” by Don Stradley ● Mysteries Exposed: Inside the Cinematic World of Spiritualism, an original documentary from Ballyhoo Motion Pictures.

The Amazing Mr. X will be available October 26th on Blu-ray ($24.95) and DVD ($19.95) and can be pre-ordered now via Amazon and MVD. For more information or to pre-order, visit: https://www.thefilmdetective.com/amazing-mr-x 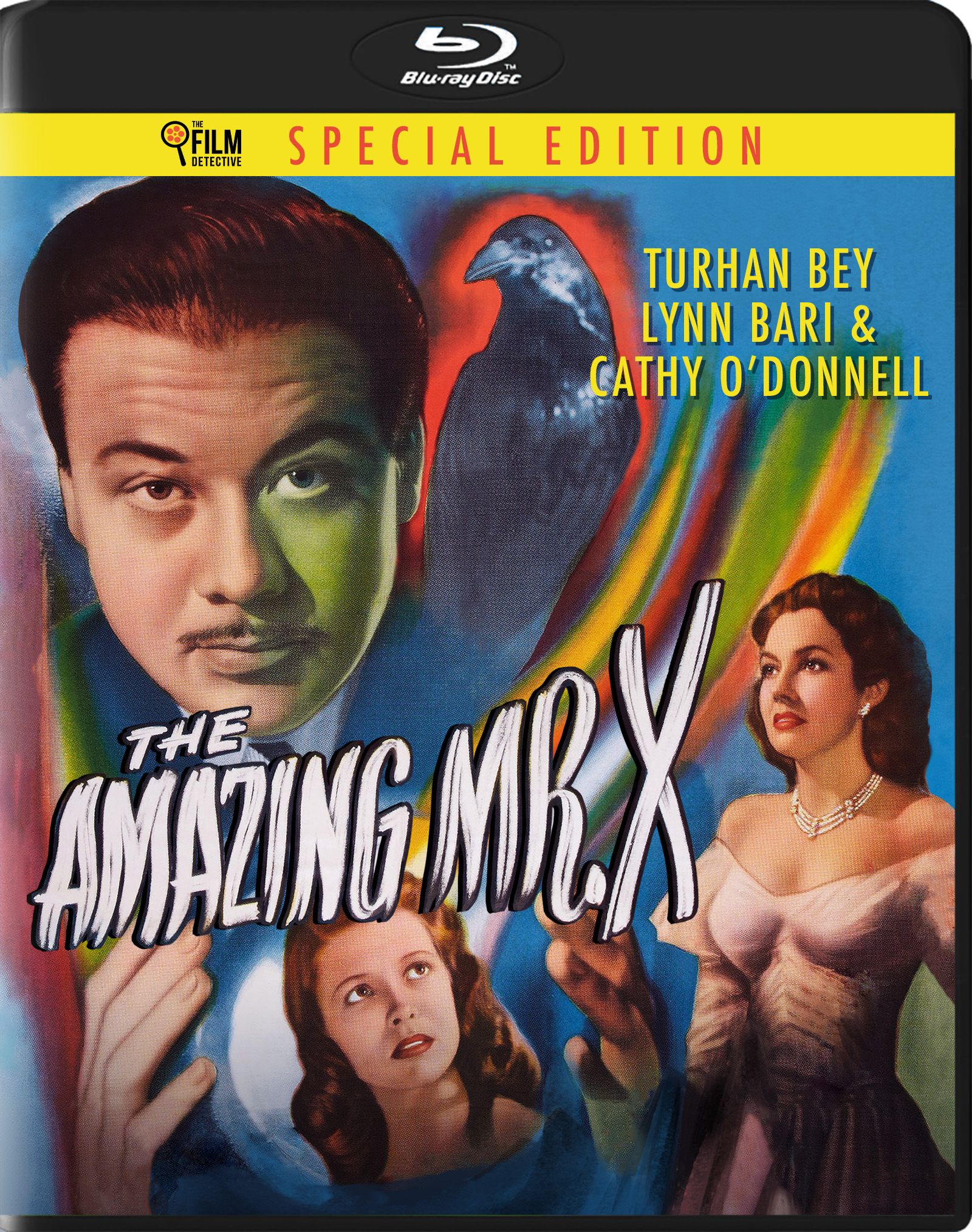 About The Film Detective:

The Film Detective (TFD) is a leading distributor of restored classic programming, including feature films, television, foreign imports, and documentaries and is a division of Cinedigm. Launched in 2014, TFD has distributed its extensive library of 3,000+ hours of film on DVD and Blu-ray and through leading broadcast and streaming platforms such as Turner Classic Movies, NBC, EPIX, Pluto TV, Amazon, MeTV, PBS and more. With a strong focus on increasing the digital reach of its content, TFD has released its classic movie app on web, Android, iOS, Roku, Amazon Fire TV and Apple TV. TFD is also available live with a 24/7 linear channel available on Sling TV, STIRR, Plex, Local Now, Rakuten TV and DistroTV. For more information, visit www.thefilmdetective.com

For more than 20 years, Cinedigm has led the digital transformation of the entertainment industry. Today, Cinedigm entertains hundreds of millions of consumers around the globe by providing premium content, streaming channels and technology services to the world’s largest media, technology and retail companies.