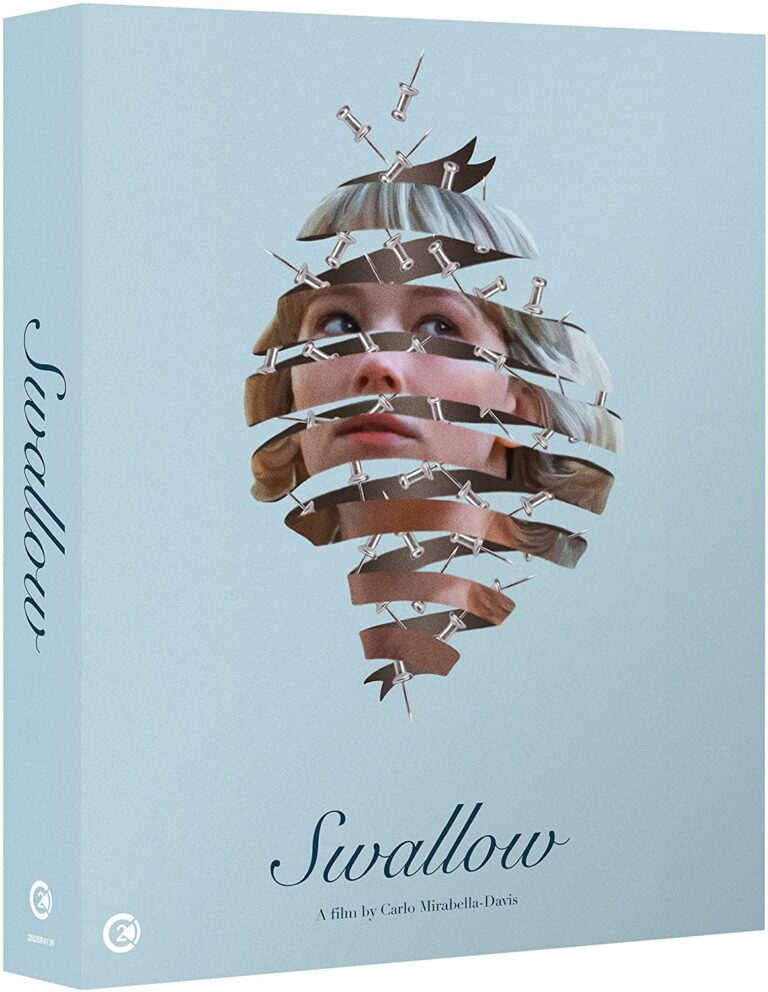 ‘Combining a cool Hitchcock aesthetic with 70s-esque suburban paranoia and a modern narrative sensibility, Swallow is an intriguing, exciting feature debut… anchored by an astonishing performance by Hayley Bennett’

‘This is Bennett’s show… It’s a role you can imagine a young Isabelle Huppert playing, and there’s no higher praise than that’ Haley Bennett (Hillbilly Elegy) gives an outstanding performance as Hunter a young woman who on the surface appears to have it all, the handsome, successful husband, the idyllic house, and a baby on the way.  But is her life as perfect as it seems?

As domineering husband Richie (Austin Stowell – Whiplash), and his overbearing family put pressure on Hunter to play the dutiful wife, she becomes overwhelmed and powerless. Desperate to reclaim control of her life and her identity, Hunter starts to swallow things… and as the compulsion increases the more dangerous the objects she ingests become… When a shocking revelation is exposed, it sets off an unstoppable chain of events that will shock to the very core. Also stars Denis O’Hare (Dallas Buyers Club), Elizabeth Marvel (Unbelievable), David Rasche (Succession) and Luna Lauren Velez (Dexter).

Gaining a lot of buzz on its early lockdown premiere, Swallow is out now in an awe-inspiring Limited Edition Blu-ray featuring an amazing array of bonus material including brand new interviews, audio commentaries and a short film from director Carlo Mirabella-Davis. The set is presented in a stunning, rigid slipcase featuring new artwork by Haley Turnbull, alongside a soft cover book with an exclusive introduction by the director and new essays. Check out Second Sight Films’ website for new release info and for consumers to buy direct at: