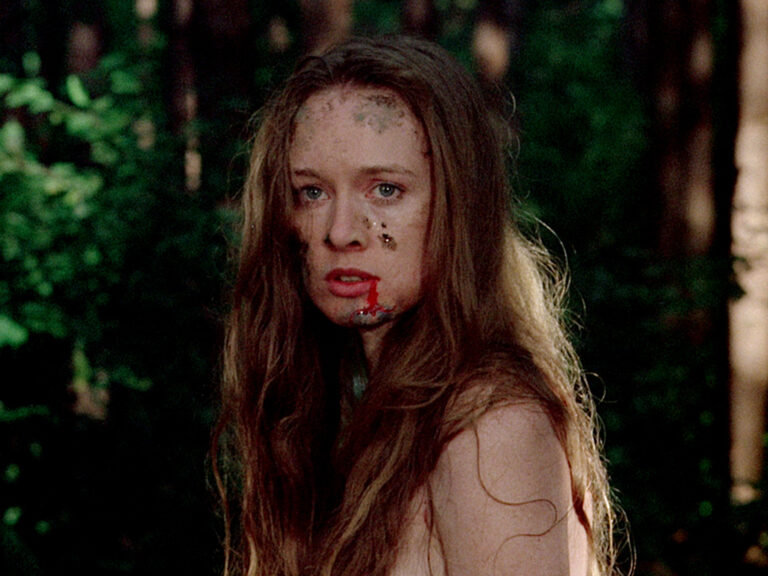 MVD and Ronin Flix have partnered to bring their fan favorite line of collectible Blu-rays to retail and are celebrating the wickedest of holidays with the release of Meir Zarchi’s controversial 1978 feature film, I Spit on Your Grave (aka Day of the Woman) and it’s official sequel, I Spit on Your Grave: Deja Vu on Blu-ray October 15th. Featuring a new 4K scan and restoration of Meir Zarchi’s uncut 35mm I Spit on Your Grave original camera negative, newly restored DTS-HD master audio mono and 5.1 surround, these two Blu-rays are prime examples of the work Ronin Flix does to carefully curate, restore and preserve cult movies for fans around the world.
“After being a premier online destination for fans to buy their favorite cult movies on disc, I’m thrilled to see Ronin Flix take it to the next level and form their own exclusive label,” said Eric Wilkinson, Director of Home Video Sales and Acquisitions at MVD. “Our team is looking forward to a great distribution partnership with Ronin Flix as we welcome them to our family of the best collector’s brands in the industry.”
The Ronin Flix team commented, “We are thrilled to be working with MVD. They have deep roots in the industry and understand the cult film business like no one else. We couldn’t ask for a better partner for distributing our collection of classic genre films at retail.”
I Spit on Your Grave (1978) and I Spit On Your Grave: Deja Vu are available on Blu-ray now from Ronin Flix. 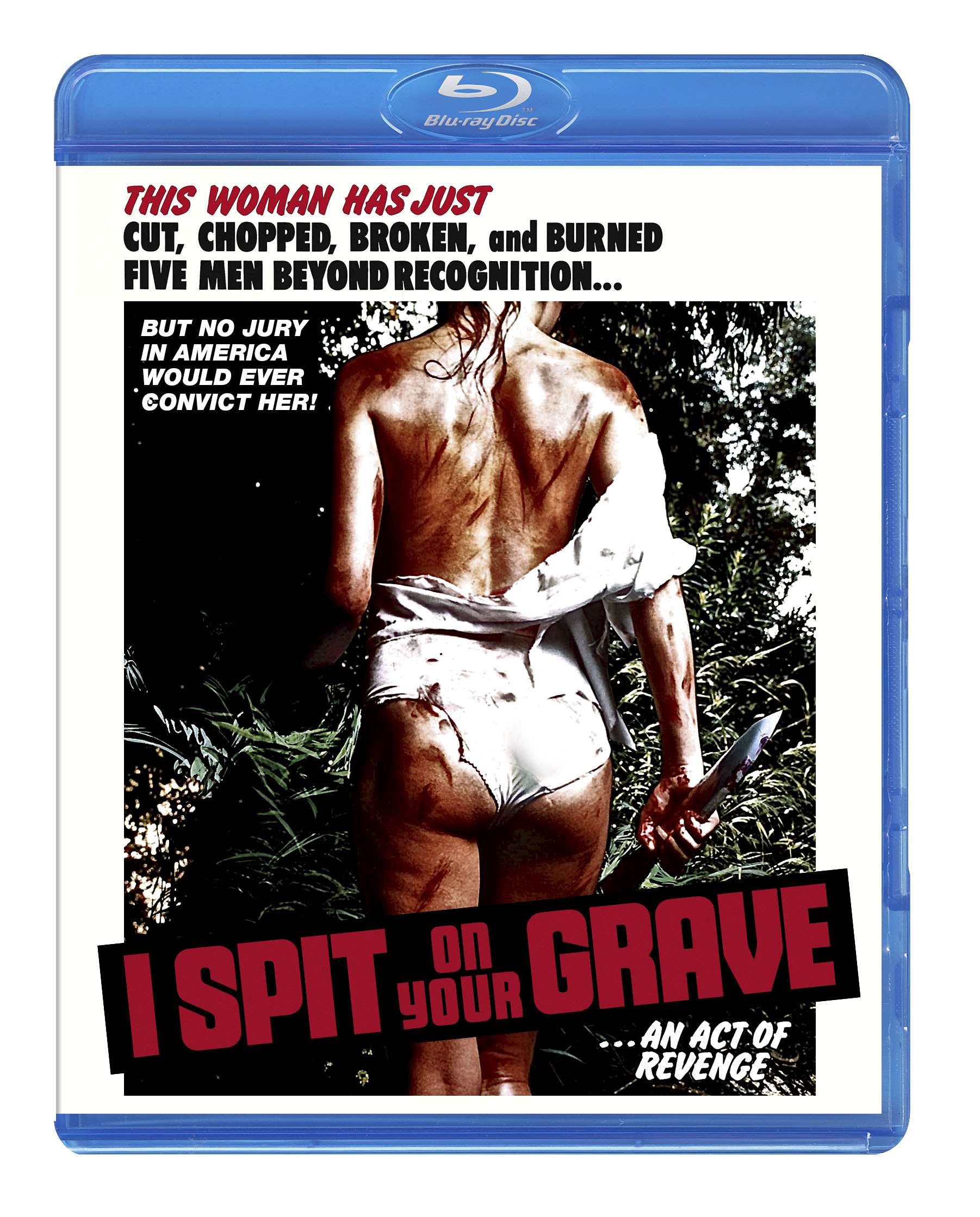 In 1978, one film changed the face of cinema forever. Now, four decades later, the original and notorious I SPIT ON YOUR GRAVE (aka ‘Day of the Woman’) is back and still refusing to be buried! In this new special edition Blu-ray, you can re-experience the phenomenon that shocked and divided the world – and influenced an entire genre and generation of filmmakers – featuring a 4K scan of the original uncut feature film and a restored original mono soundtrack. Also loaded with a location featurette hosted by writer Michael Gingold, an audio commentary with writer / director Meir Zarchi and more, this blu-ray is a must own for cinephiles around the world.
Camille Keaton (What Have You Done to Solange?, Tragic Ceremony) stars as Jennifer Hills, a young and beautiful career woman who rents a backwoods cabin to write her first novel. Attacked by a group of local lowlifes and left for dead, she devises a horrific plan to inflict revenge in some of the most unforgettable scenes ever shot on film.
Special Features: High Definition Blu-ray 1080p Widescreen Presentation (1.85:1), 4K Scan and Restoration from Director Meir Zarchi’s 35mm Original Camera Negative, Restored DTS-HD Master Master Audio Mono, DTS-HD 5.1, Jennifer’s Journey – the locations of I Spit on Your Grave featurette hosted by writer Michael Gingold, Audio Commentary with writer / director Meir Zarchi, Audio Commentary with Film Critic Joe Bob Briggs, The Value of Vengeance – Meir Zarchi Remembers I Spit on Your Grave, Alternate Day of the Woman Opening Title, Theatrical Trailers, TV & Radio Spots, and Stills Gallery, Slideshow with Rare & Behind-the-Scenes Photos from the Set
Ronin Flix // 1978 // 101 Minutes // Not Rated // Color // English with English SDH Subtitles // Region A

I Spit On Your Grave: Deja Vu [Special Edition] 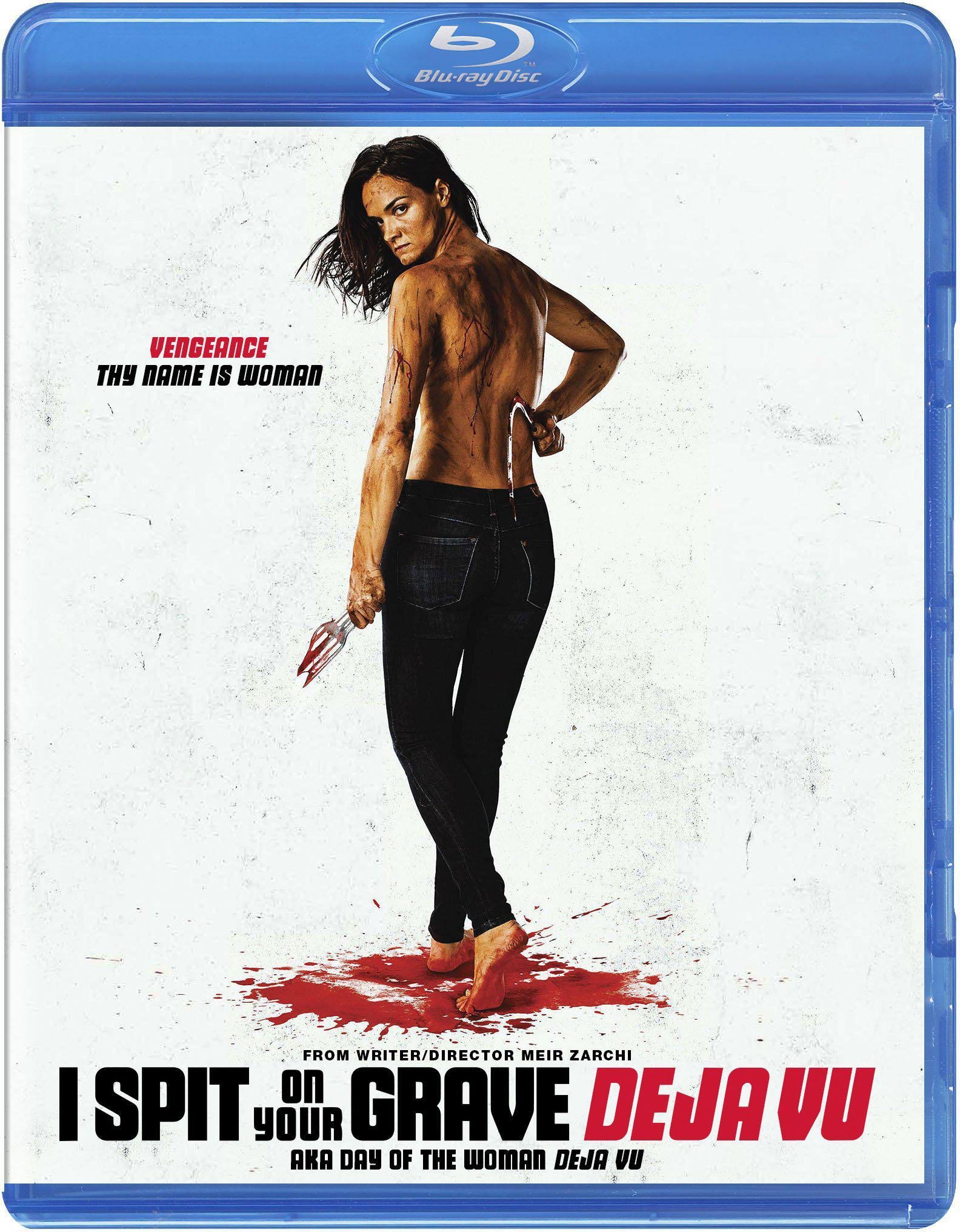 Forty years after 1978’s I SPIT ON YOUR GRAVE shocked the world with its story of a beautiful career woman assaulted and left for dead, and her notorious revenge on those responsible, cinema’s most lethal lady returns with a vengeance in the most anticipated sequel of all time.
Reuniting star Camille Keaton (What Have You Done to Solange?) and original director Meir Zarchi, I SPIT ON YOUR GRAVE : DEJA VU sends now successful writer Jennifer Hills hurtling back to where it all began – to face the wrath of the families of those she murdered. Kidnapped along with her daughter Christy (Jamie Bernadette), it’s a tense game of hunt – or be hunted – against a lethal gang of degenerates overseen by a violently unhinged matriarch Becky (Maria Olsen, American Horror / Paranormal Activity). Packed with special features including a new commentary by famed horror critic Joe Bob Briggs and The Making of I SPIT ON YOUR GRAVE : DEJA VU, this blu-ray returns you to the scene of the crime and more. Some grudges refuse to be buried …
Special Features: High Definition Blu-ray 1080p Widescreen Presentation (2.39:1), DTS-HD Master Master Audio 5.1, Audio Commentary with Film Critic Joe Bob Briggs, Cast Interviews, EXCLUSIVE The Making of I Spit on Your Grave: Deja Vu, Behind-the-Scenes footage with director Meir Zarchi and cast, Theatrical Trailer
Ronin Flix // 2018 // 148 Minutes // Not Rated // Color // English with English SDH Subtitles // Region A
ABOUT RONIN FLIX:
Ronin Flix is an independent home entertainment company offering a curated collection of classic genre films, carefully restored and preserved in high definition on Blu-ray disc, for cult movie fans and collectors from around the world.

WIN Horror Boxset to Celebrate ‘I Spit on Your Grave: The Complete Collection’ Release this October