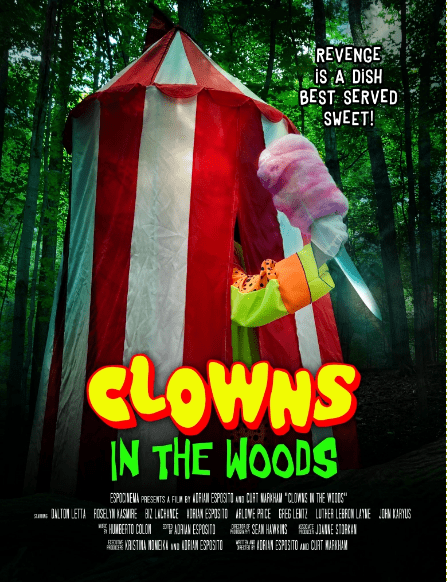 CLOWNS IN THE WOODS breaks the mold on how disabilities are seen in horror movies and you can pre-order your Blu-ray copy today.

Marcus, a young man with a disability, is bullied and killed after a prank goes wrong. In the afterlife, he meets a group of ghostly clowns who help him exact revenge on those who have wronged him.

Directors Adrian Esposito and Curt Markham have been fans of horror films since a young age, especially independent regional horror films. They wanted to create a horror movie inspired by the 2016 clown sightings, and to include people with disabilities in both the story and the production.

Adrian has autism. His life experiences bring a unique perspective to his films that resonate with many people facing similar challenges in life.