Dark-Electro project THRILLSVILLE has just unveiled their brand new single, “Creeps In The House.” The theme of the song draws upon psychological horror and paranoia. Is there really something there? Or is it in your head?

Rani Sharone,, the mastermind behind THRILLSVILLE says, “Working on “Creeps in the House” took me to a place I liked being. It evoked nostalgic feelings and proved to me just how much I love to write ghost stories to dance music with heavy guitars and lots of sound design! I just may do more of these…Be afraid.” 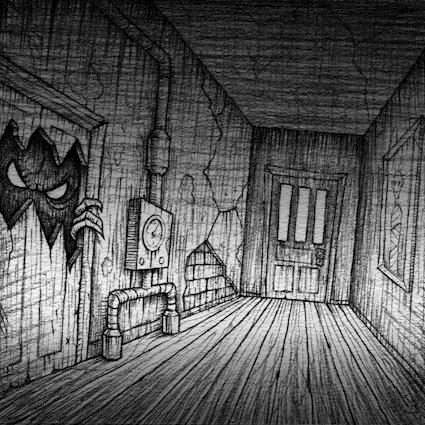 Following up ep “Say Goodbye to the Light” released late 2020, THRILLSVILLE has just unleashed his latest single, ” Creeps In The House”,

Whether it’s the dance club banger “So Close” or the moody Christian Death inspired “The Caller,” THRILLSVILLE’s music has been described as an amalgam of Goth, Industrial Rock, and EBM.