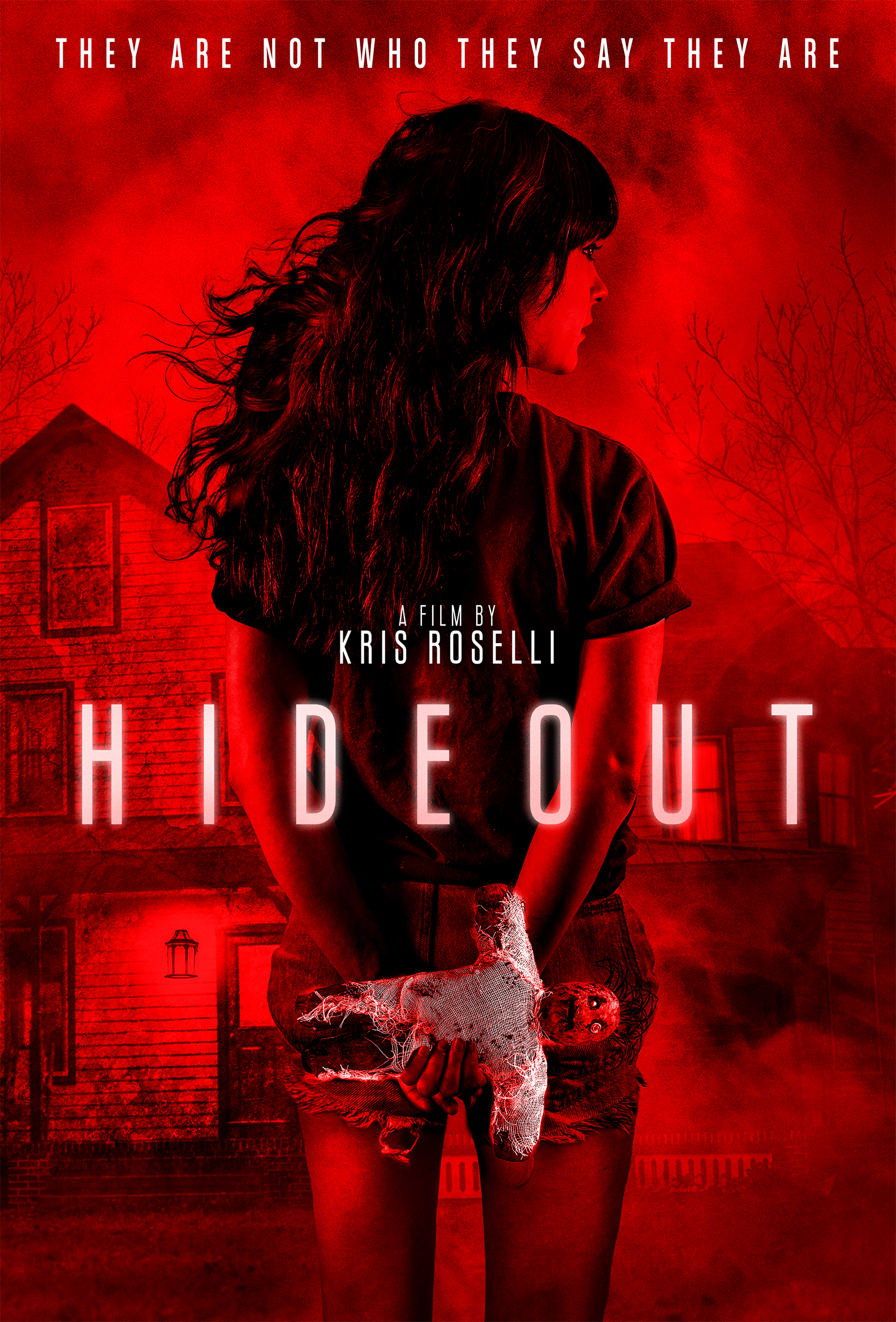 Kris Roselli’s Hideout is now available to stream in the U.K. and Ireland on AmazonUK. This is following a November 9th release in the USA, where it is available on many cable TV and VOD platforms.

Hideout officially had its world premiere at the Salem Horror Fest in October, followed by the First Glance Film Festival in Philadelphia where it won the Audience Choice award for Best Feature Film.

As amateur criminals escape a botched robbery, one is shot and will die if they don’t get help. They come upon a remote farmhouse and beg the family for aid. Luckily the grandma and granddaughter let them in and remove the bullet. However, once the fugitives realize the residents know who they are, things begin to unravel and the more the group enforces violence the more it seems they lose control over the residents. It becomes apparent that there’s a greater evil here than humanly possible.

“Part criminals trying to escape, part home invasion, part occult horror.
This film has moments for just about any genre fan to dig into.”
– Sam Panico, B&S About Movies

“I am thrilled to release HIDEOUT, the strange supernatural events in the film caters well to horror and thriller fans alike.” Says Kendall Anllian of NELA Media on behalf of VMI Releasing, the film’s worldwide distributor.

If you’d like to follow for updates on Hideout, social media links are here!
https://www.facebook.com/hideoutmovie
https://www.instagram.com/Hideoutmovie/
https://www.tiktok.com/@hideoutfilm