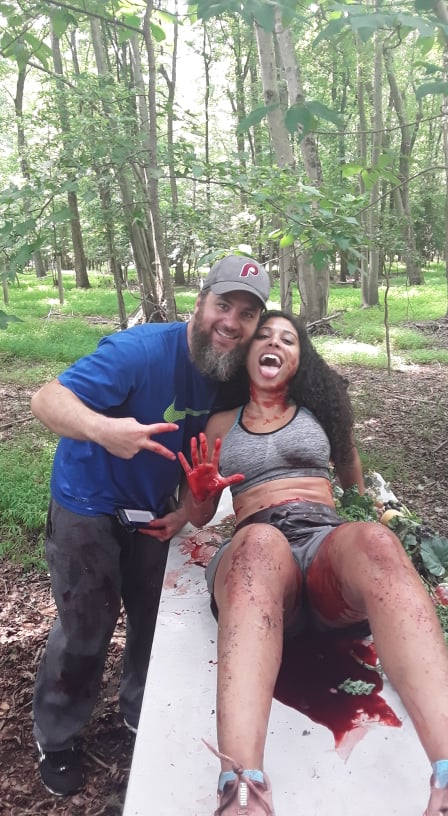 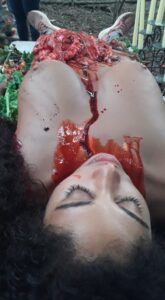 Director Mario Cerrito III turns up the gore volume during the latest film shoot for the cannibal sequel, Human Hibachi 2. We bring you deep into the production with some candid footage not for the faint of heart.

HH2 is set in the woods, a cannibal family, obsessed with the first HH video, is set out to find the the only two people from the first film still on the loose. If found, they promise to provide them with an elaborate feast set in the forest.

Somewhere in the woods of South Jersey people are being eaten. Just ask the cast which includes Giavonna Banner is Michele, Frank Volpe is Steve, Aliyah Batot is Lisa, Nicholas John Brennan is Jacob, Wataru Nishida is Jim, and Matthew Magree is Paul. 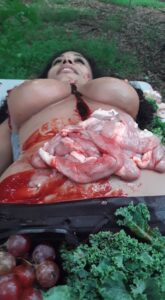 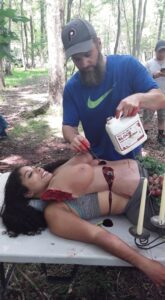 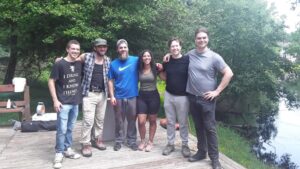 The World Premiere of “Human Hibachi 2, Feast in The Forest” is Mouth Watering