‘Entertains as much as it scares. That’s my kind of horror’

‘Striking at all of the right chords… the film works on the nerves of the viewer by repeatedly assaulting them with a brilliant balance of silence, soundscape and subtle visual effects’

‘So successful at turning something as mundane as a slammed door into a skin-crawling event… potent, primal and genuinely frightening’ 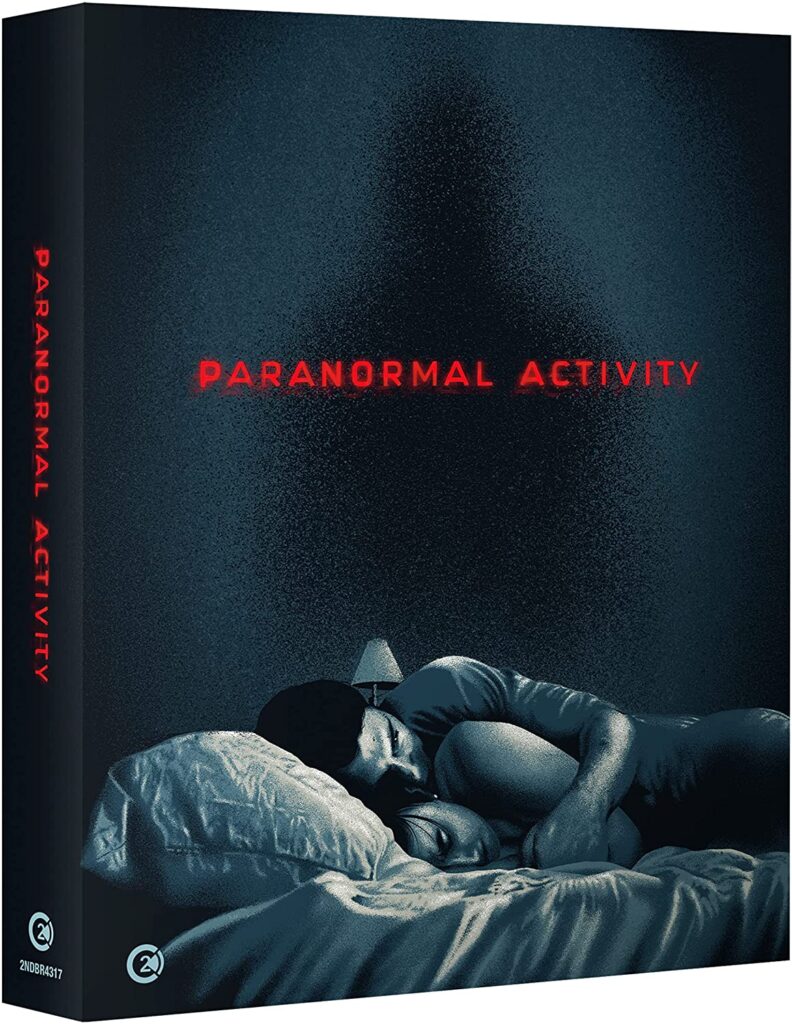 In 2009 a low-budget horror arrived with little fanfare and quickly become a demonic force to be reckoned with, growing into an international horror phenomenon…that film was Paranormal Activity. Scaring the living daylights out of audiences the world over and spawning many a sequel, this monster of a horror hit makes the most mundane into the most terrifying film of its time and is now set for the Limited Edition Blu-ray treatment, from expert in the field, Second Sight Films.

Director Oren Peli’s chiller became one of the most talked about horror films of the 21st century, going on to earn its place as one of the horror greats and redefining the found footage genre, it now gets a hauntingly brilliant new high-def release on 30 August 2021. The box set comes in a rigid, slipcase with new artwork by James Neal plus a book featuring brand new essays and collectors’ art cards, it also contains a slew of special features including audio commentaries, new cast and director interviews, an alternative ending and The Festival Cut ending.

A young couple, played with elan by Katie Featherston and Micah Sloat, move into a new home in the suburbs, but all is not well and they soon become convinced that it’s haunted by a demonic presence. In the hope of finding evidence they set a video camera up in their bedroom to film the room as they sleep. What they record is more terrifying than they could ever have imagined.

Paranormal Activity ‘hit the bull’s-eye of a particular cultural and cinematic zeitgeist’ (The Fright File), you’ll definitely want this Limited Edition Blu-ray in your possession. 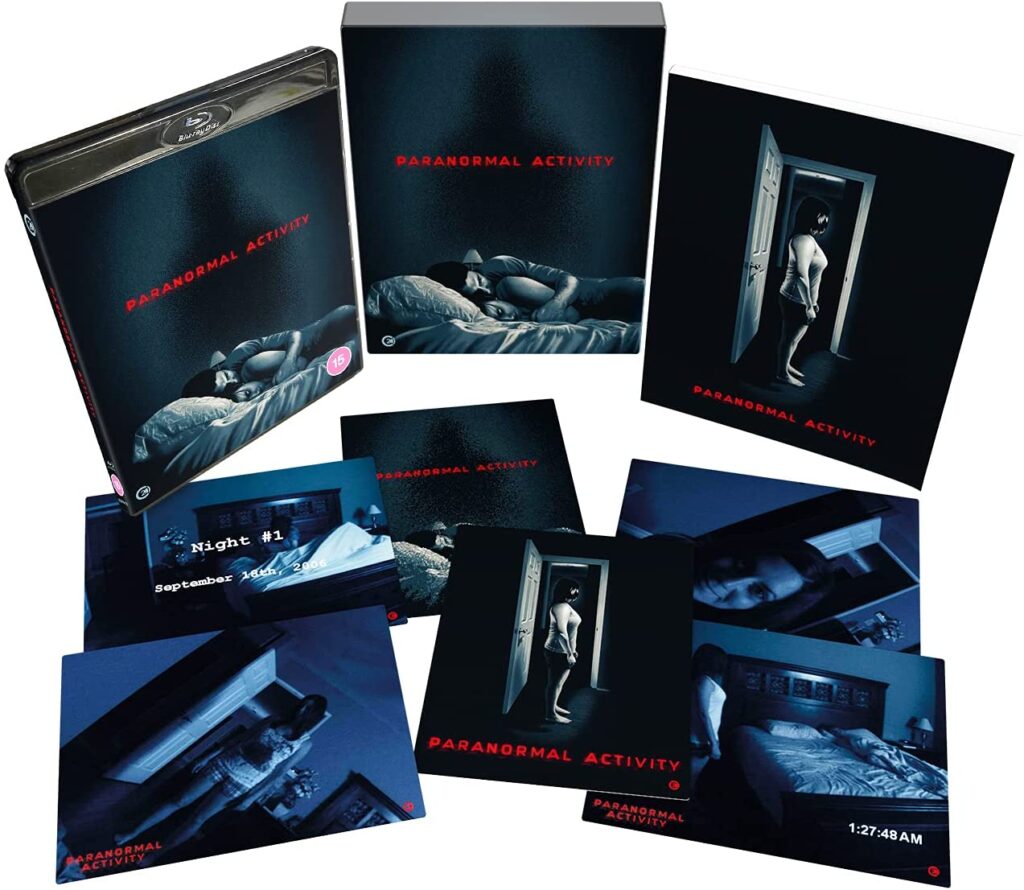