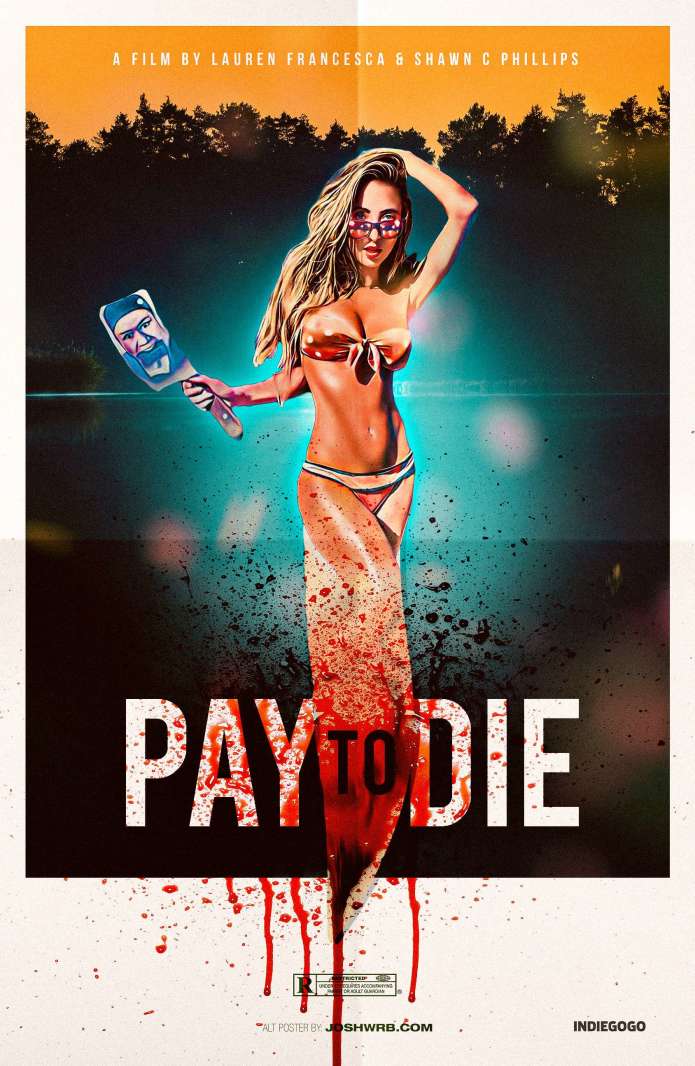 This new film comes from the directing team of Shawn C Phillips and Lauren Francesca. Michael Joy (Manager of HorrorNewsNet) is Co-Executive Producer. Shawn, Lauren, and Michael have previously teamed together for the Christmas horror film, Mistletoe Massacre, and raised over $75k on Indiegogo.

Synopsis:
A group of filmmakers together making a horror movie are terrorized by a killer after hiring the wrong person for the job.

Find out more on INDIEGOGO
www.indiegogo.com/projects/pay-to-die-horror-slasher-comedy-film?