Phantom Pain Films is pleased to announce the release of Sons of Steel with a limited edition Blu-ray and VHS on October 5 through its Future Video label.

The heavy metal futuristic action-packed adventure Sons of Steel is set in 21st century Sydney, Australia. Black Alice, rock star and man of peace, is trapped by the fascist government and accidentally transported into the future to witness the results of nuclear devastation. His grim discovery that he is directly responsible leads him to travel back from the future to save mankind from destruction.

Produced in 1988, Sons of Steel is available for the first time in North America in this restored and remastered HD edition. Filled with bizarre characters, a rockin’ soundtrack and a retro-future aesthetic that only the 1980’s could have produced, it’s destined to become a cult hit. In 2017 FilmInk named it one of Australia’s top 10 Sci-Fi films and the restored version made its theatrical debut at the 2020 edition of the Fantastic Film Festival Australia.

Sons of Steel is finally coming to North America after being rediscovered by Phantom Pain Films. The film was restored from a 2k scan, made under the supervision of writer/director Gary L. Keady, from the surviving 35mm elements. “I’m jazzed… it has taken me nearly 30 years to get this film to it’s American audience – I have always known with this film that it takes believers to make it happen,” Keady said of the release.

The Blu-ray includes an exclusive interview with writer/director Gary L. Keady, the original Australian release trailer, and the new trailer for this restored 2021 release. The Blu-ray is limited to 1500 copies and includes an exclusive slipcover. The VHS release is limited to 250 copies and comes with an 11” x 17” inch poster featuring new artwork from artist STEMO. Sons of Steel will be available directly from Future Video and is not available to stream anywhere.

Copies can be preordered now at: future-video.tv 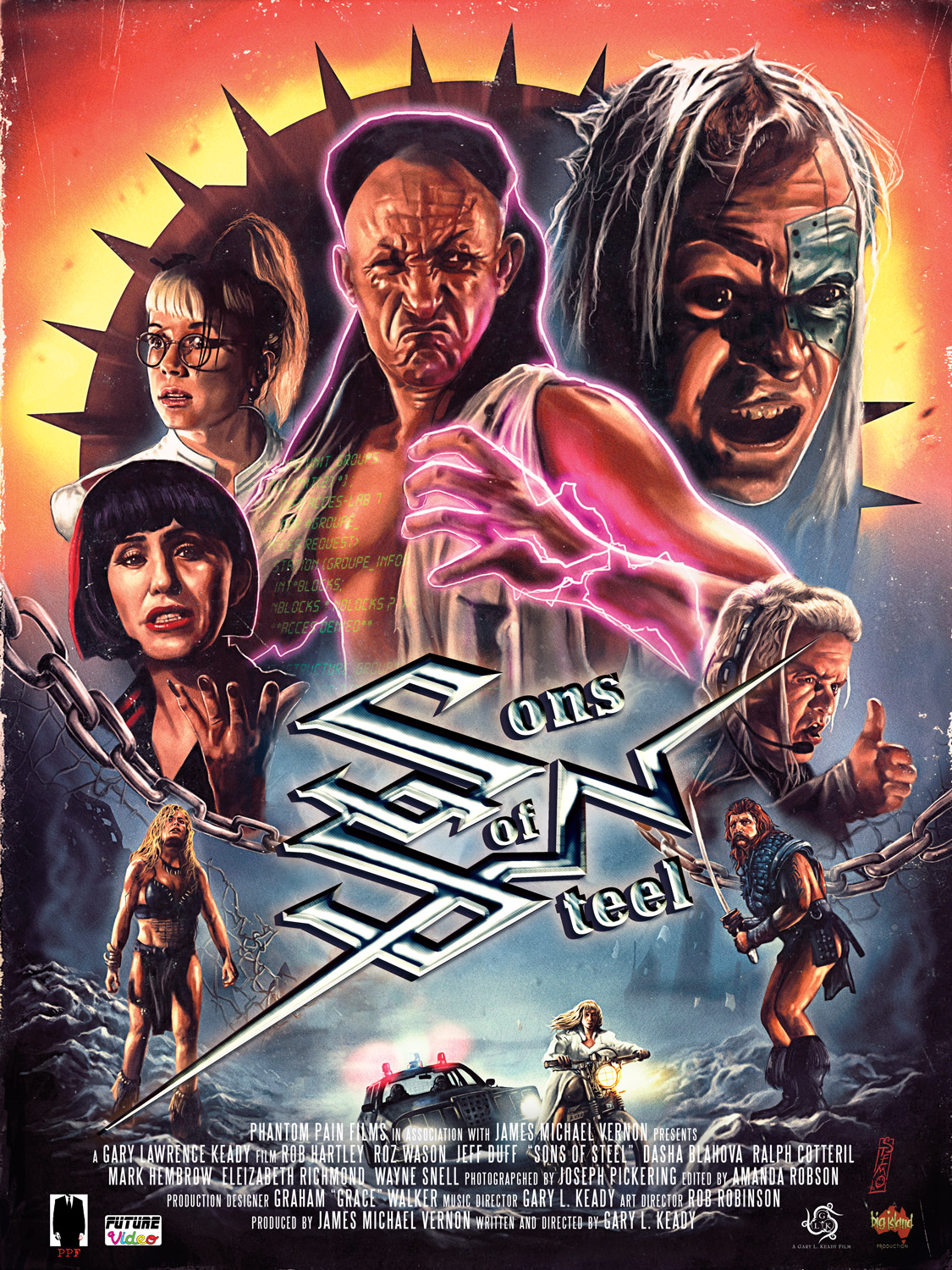