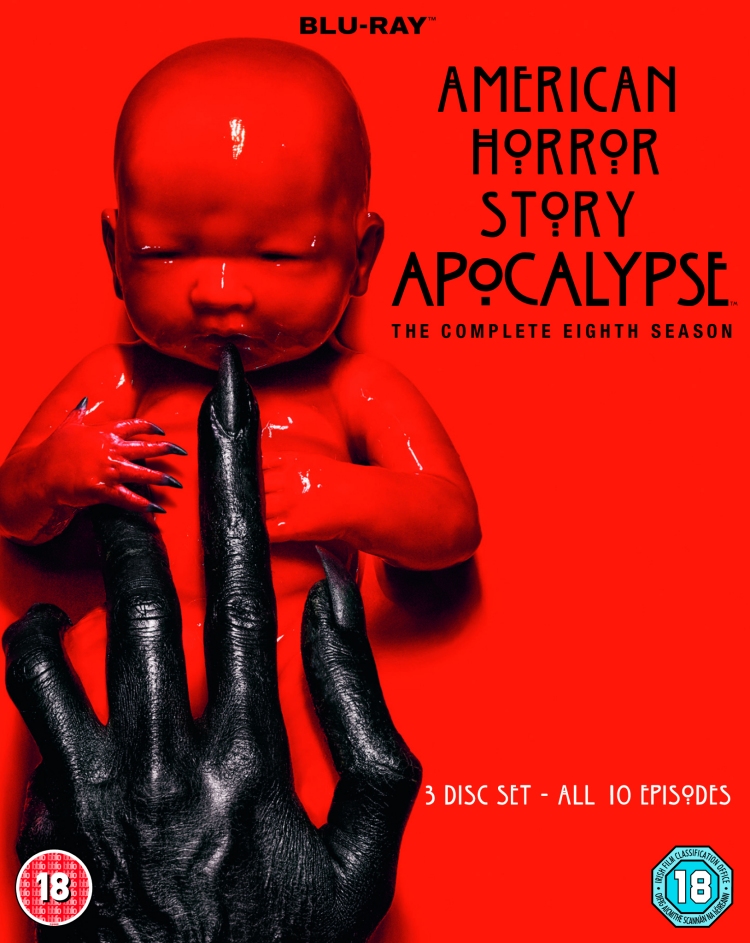 The teaser trailer for AMERICAN HORROR STORY: 1984, features a bunch of teens frolicking at a lake, drinking beer and swimming, until a black clad figure emerges from the water with a huge knife. It’s like a cross between Friday The 13th and The Burning.

That’s because, far from channelling George Orwell’s famous novel, the title of the season refers to the year when slasher movies were at their peak, and moving into the mainstream – slap bang in the middle of the golden age of VHS horrors. The new season pays homage to that blood-soaked era of masked boogeymen and gruesome kills. So pull on your leg warmers and crank up the soft rock, and get yourself ready for AHS’s impending eighties-tinged carnage with this unlucky 13 essential slasher classics!

This was the film that really put slashers on the map. Set at the Crystal Lake summer camp before the season starts, a group of camp counselors start getting killed off one by one, by a heavy-breathing killer. Sean S Cunningham’s film cost a little over half a million dollars to make, and raked in a staggering $40million dollars – unheard of for a gore film! Cue plenty of sequels and imitators.

Producers were keen to cash in on the slasher gold-rush after Friday The 13th proved so lucrative – and one of the first close cousins to the film was The Burning, an ultra-gory summer camp shocker featuring a badly burned caretaker seeking revenge for a prank gone wrong. Although it didn’t set the box office on fire the way Friday The 13th had, it went on to be a massive hit on home video, and was even branded a ‘video nasty’ in the UK.

A masked killer starts offing athlete students in this high school horror, that features pumping tunes from LA new wave band Felony, lots of people running around in tracksuits and sweatbands, disco roller skating, and features a memorable moment where a pole vaulter expecting a soft landing gets quite the opposite.

A deranged mine worker goes on a killing spree on Valentine’s Day, in this Canadian horror that took a cue from seminal seventies slashers Black Christmas and Halloween, using a calendar date as the premise. MBV is notable for its iconic killer – wearing a gas mask and miner’s helmet, and wielding a pick-axe.

Another day, and another summer camp is terrorised by a hulking man with an axe. The sole directing credit of Joe Giannone, this is actually a very effective, creepy horror, featuring some nasty scares and gruesome kills. The soundtrack features such haunting songs as I Don’t Need Words and Son of the Fifth Wind, performed by Tony Fish.

Some may pass the test – God help the rest! A killer is knocking off students at a college in North Carolina – why? No explanation is given. Who cares, as long as there’s a high body count and plenty of screaming. This slasher was tailored to ape its predecessors, so it has a very familiar feel about it, but it does one particularly original element – one of the characters is a horror film nerd who knows all about the mechanics of fright films. 15 years later Jamie Kennedy would play a similar role in Wes Craven’s slasher homage Scream.

Tom Savini, the special effects legend responsible for the blood and gore in Friday The 13th, lent his kill skills to this production, about a killer in army gear targeting the young people at a Spring Dance. Such was the effectiveness of Savini’s work – including shotgun blasts, and death by pitchfork in the shower, that the UK release was originally heavily trimmed of its slasher goodness.

Hollywood got in on the slasher act with this tale of a girl’s circle of friends being picked off, meaning her party might well be poorly attended. The film features six bizarre killings, and a classic slasher twist that pulls the rug out from under you. The poster famously featured a man about to be skewered, with the words “John will never eat shish kebab again.”

Every good slasher needs a twist ending, and Sleepaway Camp has the final shot to end them all – no spoilers, but suffice to say, you won’t see it coming, and, once seen, it is never forgotten. What starts out as seeming to be just another Friday The 13th knock-off, with summer camp kids getting slaughtered, turns into some very different, and very hard to shake.

Wes Craven’s truly chilling film, featuring a group of teens being attacked by the murderous Freddy Krueger, in their dreams, was such a success that is spawned numerous sequels, a TV series, and a remake. Krueger, with his battered hat, scarred face and lethal gloved hand embellished with knives, immediately became a horror icon (along with Jason Voorhees from the Friday the 13th films, who he met in the film Freddy vs Jason). The slasher film had come of age, and gone mainstream.

Craven returned to the genre he’d made so popular with Freddy, with this knowing nod to slasher films of old, wherein the killer, Ghostface, goes after a young girl and her friends, referencing horror films with each of his kills. The film turned out to be one of the most successful slashers ever, and spawned two sequels, as well as the Scary Movie spoofs, and, more recently, a TV show. Not only that, but rumour has it a remake is on its way.

Here’s proof that slashers are still going strong in the 21st century. Terrifier is a brutal throwback to the carve ‘em ups of the eighties – featuring a truly horrible villain in the form of Art the Clown, who goes on a killing spree on Halloween night. This film could well give you Coulrophobia – a fear of clowns.

Here’s a modern slasher with a neat gimmick – it’s the horror film equivalent of Groundhog Day, with a college student reliving the day of her murder over and over again – and the only way to stop it is for her to find out who killed her. Appropriately enough, the film was released in the US on Friday 13th – which brings us right back to the film that pretty much started it all.