The mighty Shriekers are back, more terrifying and deadlier than ever in TREMORS: SHRIEKER ISLAND, the newest chapter of the long-running, fan-favorite Tremors franchise, premiering exclusively on Digital, Blu-rayTM, DVD and On Demand on 16 November, courtesy of Universal 1440 Entertainment. Everyone’s favorite Graboid hunter, Michael Gross (‘Family Ties,’ ‘Suits’) reprises his iconic role as Burt Gummer along with Jon Heder (‘Napoleon Dynamite’, ‘Blades of Glory’) as Burt’s potential protégé in this all-new thrilling and hilarious horror sequel.

When a group of wealthy trophy hunters genetically modify Graboid eggs to create the ultimate hunting experience, it isn’t long before their prey escapes the conﬁnes of their small island and begin terrorizing the inhabitants of a nearby island research facility. The head of the research facility and her second-in-command Jimmy (Jon Heder) locate the one man who is an expert in killing Graboids: the one and only, and now reluctant, Burt Gummer (Michael Gross). Once on board, Burt leads the group in an all-out war against the larger, faster, and terrifyingly intelligent Graboids and the swiftly multiplying Shriekers!

You can also celebrate 30 years of the horror-comedy franchise with the release of the Tremors 7-Movie Collection, also available on DVD on 16 November, 2020. For the first time ever, new and longtime fans can experience the excitement and adventure of all seven movies in one must-own set including, Tremors, Tremors 2: Aftershocks, Tremors 3: Back to Perfection, Tremors: The Legend Begins, Tremors 5: Bloodlines, Tremors: A Cold Day in Hell, and the newest film Tremors: Shrieker Island. 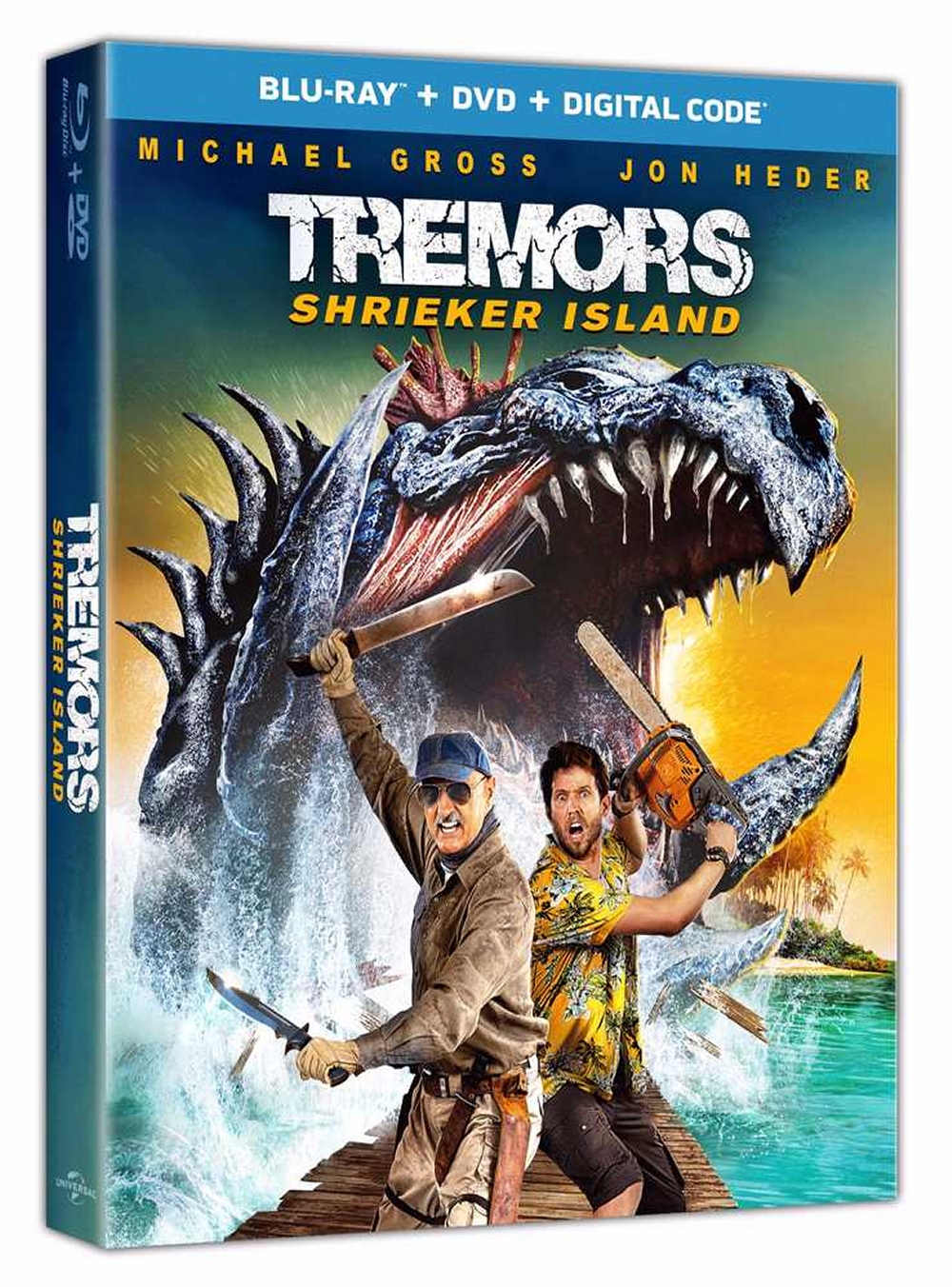