Eureka Entertainment has released WAXWORKS, Paul Leni’s expressionist anthology masterpiece, on Blu-ray presented from a new 2K restoration on home video for the first time in the UK. Available as a part of The Masters of Cinema Series from 9 November 2020. The first print run of 2000 copies will be presented with a Limited Edition O-Card Slipcase, and we have 3 copies up for grabs!

Waxworks [Das Wachsfigurenkabinett] w​as the final film Paul Lenidirected in Germany before striking out for Hollywood and making such classic works of genre filmmaking as ​The Cat and the Canary,​ ​The Man Who Laughs​, and ​The Last Warning. Its sophisticated melding of genres was in fact what inspired Universal’s Carl Laemmle to invite Leni to come to Hollywood in the first place, as Laemmle was hoping to capitalise on the emerging comedy-horror craze of the 1920s. Yet ​Waxworks ​is, at heart, a pure example of German expressionism. Its stylised sets (designed by Leni), fantastical costumes, chiaroscuro lighting, and startlingly bold performances are paragons of the cinematic movement, and contribute heavily to the film’s lasting appeal.

The three separate episodes of ​Waxworks ​are united by the character of a young poet (William Dieterle), who is hired by the owner of a wax museum to create backstories for a trio of the museum’s figures: Caliph Harun al-Rashid (Emil Jannings), Ivan the Terrible (Conrad Veidt), and Jack the Ripper (Werner Krauss).

Which of these is a famous wax museum?

Giveaway Terms:
1 winner will receive a Waxworks Blu-ray.
Open worldwide and entrants must be aged 18 or above.
Ends at midnight GMT on 7 December 2020. 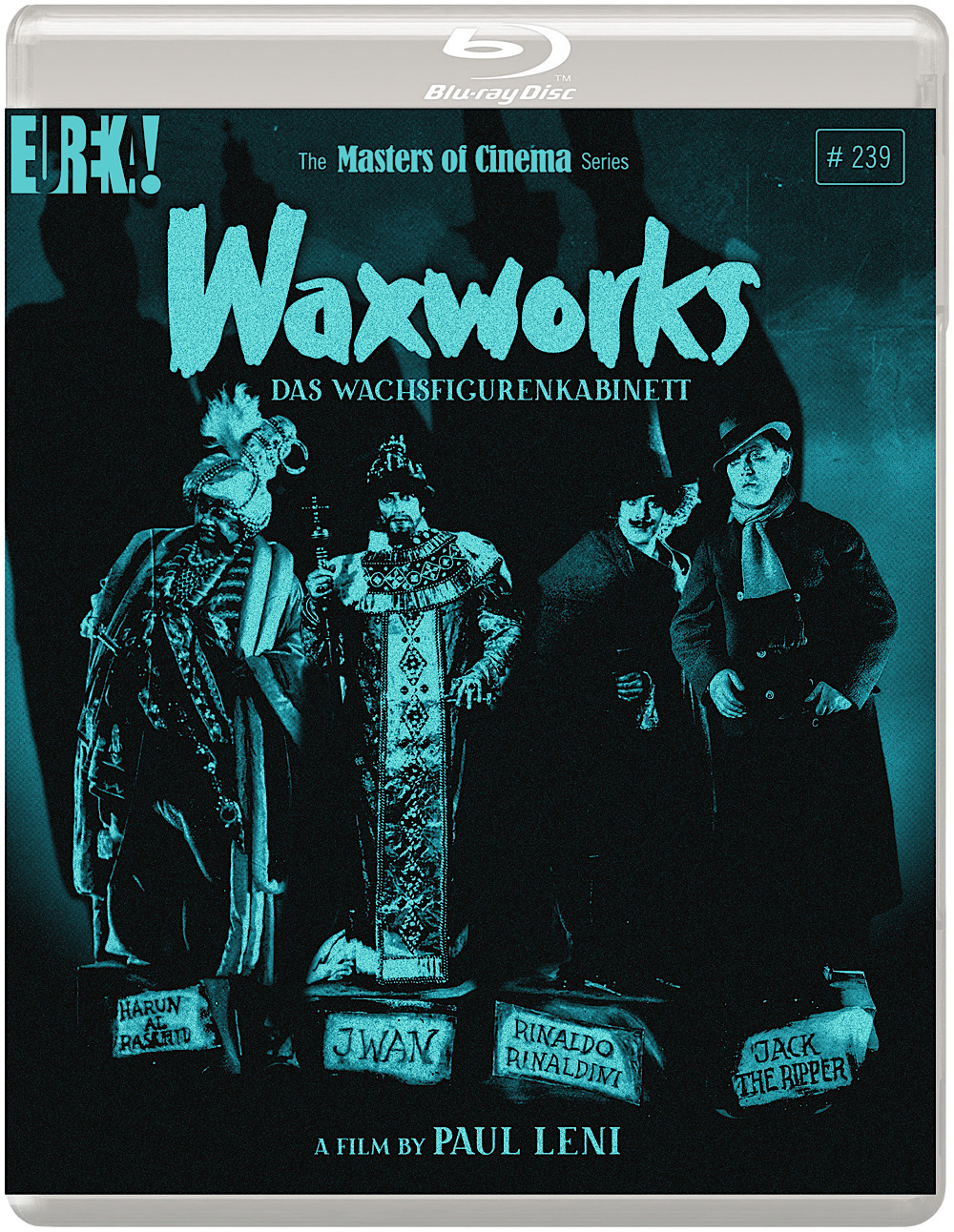