An Interview with Aleksander Nordaas 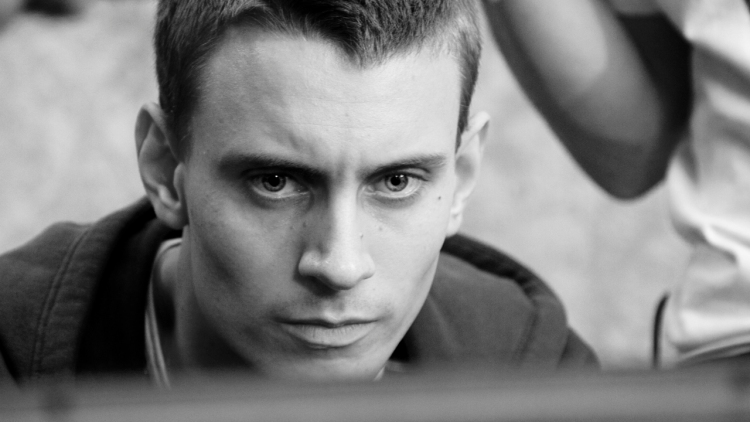 Aleksander Nordaas is a young,
independent filmmaker from Norway. His latest feature is ‘Thale’, a story
taking it’s inspiration from Scandinavian folklore. It is alarmingly rare for a horror film to surprise. In a market crammed full of remakes and franchises that exist solely for commercial reasons, and often lack quality, it is refreshing to discover something original. And ‘Thale’ from writer / director Aleksander Nordaas definitely falls into this category.

Hi Aleksander, how are you
today?
Hi, I’m good thanks, although it’s a little cold here in Norway in the
winter.

Thale is your new film, please
tell us about it.
Thale is about a creature from Nowegian folklore called a Huldra and we
discover her through the eyes of two crime scene cleaners when they
stumble on a hidden basement. We come to know her and realise she is a
little different to the Huldra we read about as children in Norway.

The Huldra story isn’t too
well known outside of Scandinavia. Are the Huldra creatures of nightmare
in folklore?
Our take is more modern in that we portray two types of Huldra. Thale is
different as she adapts to her surroundings and that isn’t traditional.
Because she was found as a baby and raised by humans she has grown to be
more like them rather than the more animalistic Huldra that exist solely
in the woods.

The film relies on the three
lead characters enormously and each actor gives an outstanding
performance. Was it difficult to cast these parts to ensure the chemistry
was their between them?
Not really as I wrote the characters with the actors in mind. I’ve known
them all for years, we’re buddies and we’ve made features together before
so I knew how to write to their strenghts.

Following on from that there
is some real humour in the film. Was this in your mind when your were
writing the story as it felt like you were almost giving the audience a
chance to draw breath in the claustrophobic environment?
It wasn’t necesarily our intent to mix the genres but I didn’t want to
make just a traditional horror film. I wanted to add certain elements and
develop these strange relationships between the characters which then
brought out some humour. I don’t think it’s “har har” humour but it is
there.

Given the success of Troll
Hunter which is also based in folklore and the more mainstream vampire
film Let The Right One In is it now a little easier for a filmmaker like
yourself to get your project made?
We decided to make Thale in a very difficult way, outside of the system,
but we actually started before Troll Hunter went into production. We were
aware that there was another folklore film being made but our project was
extremely low budget for a while. Now that we are launching we realise
that is was a good think these two films came out before as there is
already that interest there in the mythology.

You say you chose to make your
film outside of the traditional system. Do you think you could have
improved Thale at all with a larger budget or do you think some it’s
atmosphere might have been lost?
It’s something we’ve thought a lot about. Would it have been a better
film? We know it definitely have been a different type of film but I don’t
know if it would have made it better. The low budget meant we had to think
outside the box more and left the main focus on the characters and
story.

Do you think there could be a
remake or would you prefer there not to be? Let The Right One In has
already been done to some detriment and I believe Troll Hunter is in the
pipeline.
Thale is such a personal film and it took so much work to get it made, I
guess I just want to wait and see. There has been some remake interest but
this is a completely new territory for us and we just want to take it one
step at a time. We want to make sure we make the right decisions but who
knows?

Is it true that some of the
sets were constructed in your parent’s house?
Haha yes that’s true. We had to adapt the sets to the locations available
and a main one of these was my father’s basement. We actually filmed on
three floors of my childhood home.

It must have been interesting
for your family to live in these dark sets.
It was a little strange to do so over two years, I have a very patient
father.

The horror genre is in a
strange place at the moment with so many remakes and franchises in
production. From the point of view of an independent filmmaker do you
think this is to the detriment of horror or good in that it creates a
greater interest in the genre as a whole?
That’s a difficult question. I probably don’t know too much about
filmmaking yet as it’s early days for me. It must be better though because
it means you can make a film in your father’s basement! For me it’s an
exciting time to get into films.

For me Thale was very much an
adult fairy tale in much the same style as Del Toro’s Pan’s Labyrinth. Was
that in your mind at all and which other filmmakers have influence you and
your work?
Personally I’ve watched a lot of Jean-Pierre Jeunet films. Those films are
very visually striking and have interesting characters. I very much like
the idea that everyday drama can make a feature film.

Has it been a challenge to get
your film distributed to a wider audience?
Luckily, I don’t have too much to do with the distribution logistics, but
as the market and content mass is getting thicker by the minute – and with
the distribution models changing – it’s challenging for everyone getting
their film out to its audience. But for us, even completing the film was a
huge challenge, so I personally consider everything from here on and out
as a major bonus.

Do you think the response and
success of Thale will allow you a greater freedom and support in making
your next film?
Thale has already opened several, exciting doors, and I hope to continue
making films “my way” in the future. Concerning Thale, you can say that
I’ve maybe grown a little too accustomed to getting to do exactly what’s
in my head, but I absolutely treasure the creative freedom. Of course,
film making is a major collaboration, and I see myself as an easygoing guy
to work with, but at the same time I don’t see the point in directing a
film if I’m not allowed to fully direct it (if you get me). So that’s
going to be an important factor concerning upcoming projects – that the
finished film ends up being my vision and no one else’s.

What are your favourite horror
films?
I always find it difficult choosing favorites in any genre, but the one
that without doubt scared me the most was the original version of the The
Grudge. I think it’s the only film that’s kept me awake. And of course The
Sixth Sense and The Others – love those horrors with great twists!

And finally what will we see
from you next?
If I could, I’d share all my upcoming projects with everyone right now –
but for those who are interested, I’ll be posting the projects on my page
(www.aleksandernordaas.com) and facebook
(www.facebook.com/aleksander.l.nordaas) as soon as I can

Aleksander, thank you very
much for your time today.
Thank you

“Thank you ever so much for taking part in this interview Aleksander.
And we wish you the very best of luck in the future.”