An Interview with Brittany Curran 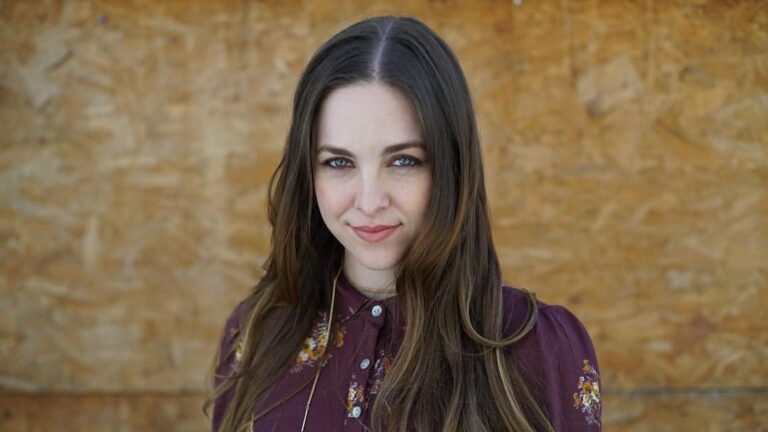 Coming off a number of TV and movie projects the beautiful and talented Brittany Curran recently found herself being tormented in an actual haunted Asylum for director Marcus Nispel. Supernatural chiller ‘Exeter’ (released on DVD here in the UK as ‘The Asylum’) is now available on DirecTV and will also arrive in US theatres this August. So we grabbed some time with Miss Curran to talk about her ‘Exeter’ exploits.

Could you tell us a little about your role in ‘Exeter’ and what we can expect from the movie?
My character, Reign, is the romantic counter-part to Patrick (Kelly Blatz). She’s the new girl in town who shows up to Patrick’s all-night rager in an abandoned insane asylum in Exeter, Rhode Island. I loved playing Reign, she’s a strong girl who turns out to be a real badass when all the haunting and possession goes down (can I say that? Is that a spoiler?). Even when she’s terrified, she still carries on. The movie is a very self-aware horror film, poking fun at certain horror conventions, but also being as realistic as a demon possession movie can be. I think people will be surprised (in a good way) at the comedic elements. Nick Nicotera has GREAT timing, he’s so funny. Anyway, I forced my best friend Kara to go to an early screening and she covered her eyes for like 75% of the film. She’s a scaredy cat, like me.

We all know ‘Exeter’ director Marcus Nispel for his various horror and fantasy remakes, but this does mark his first original feature. How exciting was it to work with him on this project?
I love Marcus!! It was really exciting, especially because you could really feel his own excitement about making his first original film. It’s his baby. Marcus has this amazing dual personality, he’s always riding between the line of sweet family-man and morbid horror director. There was one day on set when I was bashing someone’s face with a fire extinguisher (just another day at work) and I couldn’t stop crying at the end of one of the takes. Marcus was the first one to take notice of me soaking wet, on my knees, just pathetically sobbing. He came over and just hugged me for the longest time, patting my back and repeating, “It’s okay, it’s okay.” Then you have this other side of Marcus; whenever the set needed to be dressed with blood, he’d be the one to do it. He’d come barreling out from behind the monitors and start splaying the walls with blood. I mean REALLY getting into it. One day, I watched his face as he whipped the blood out and he looked a bit possessed himself.

Having shot at the old Ladd School Insane Asylum in Exeter, Rhode Island, how much influence did the set have on the shoot itself?
The set had an incredible amount of influence, I’d say more than any other set I’ve ever worked on. The cast was flown in from LA a few days early and on the first day, Marcus brought us on his own personal tour of the entire Ladd School. When I first walked through the buildings and was told the stories of its very sad and morbid beginnings, I was pretty freaked out. It’s funny though, because by the end of the shoot, it just felt like home. I’d be lying on the ground, in the filth, not even giving it a second thought. I think the school was limiting while also being very freeing to the art and decoration departments. They could basically do whatever they wanted to the old building, drawing inspiration from past disturbed patients and beliefs and “art” of the occult. The basement in the main building was originally one huge bathroom, so they used that original design and purpose and then dramatized it by dressing it with tons of old bathtubs, just side-by-side with sheer shower curtains in between. It’s crazy how creepy normal stuff, like bathtubs, can be when you take away the normal surroundings. Set designers don’t get enough credit!

It is believed that the Asylum itself is haunted, did you experience anything unusual yourself during your time their?
I, personally, did not experience anything unusual. The set decorator actually found a gold bracelet that was the size of a small child’s wrist and gave it to me. So that was pretty creepy; I still have it. When I was at a Dunkin Donuts one night after leaving set, an employee there told me that she snuck in once, and saw the gymnasium pool fill up with blood in front of her eyes. I have a hard time believing this, especially because I spent like 12 hours a day, everyday, for a month straight in that building, and didn’t see anything. Although, I kind of wish I had seen something. But, the history itself was eery enough on its own. There was a Ladd historian who visited the set, and one of his stories in particular stood out. Two sisters, who were both prostitutes in Providence, RH, were incarcerated there because one got pregnant and the state didn’t want them to reproduce. So they were forcibly held there until they were “past child-bearing age,” really awful stuff. Anyways, the baby was born and was sent to an orphanage close by, but had problems of his own and was sent back to the Ladd school when he was older. One day, when all the kids were eating in the cafeteria, one little boy was misbehaving in some way, so a “nurse” asked the boy (I think the historian said it was the prostitute’s son) to make the littler boy be quiet. So he took the little boy down to the showers, put him in a laundry bag and hung it from a shower spout. The kid’s yells were heard from the cafeteria, and when the screams finally stopped, the nurse went to check on him, but he had suffocated in the bag. Fun stuff. Moving on!

Is the horror genre itself something that you personally enjoy?
I love the horror genre. I’m a big scaredy-cat, but I still love it. I always clamp on to my boyfriend when we watch horror films, and my fear is generally entertaining to him. I love the classic Universal horror films, like Frankenstein, Dracula, and all those. I think the most scared I’ve ever been while watching a movie was “The Descent,” but I was also scared watching “Harry Potter,” so take my fear with a grain of salt. As long as eyes and finger-nails aren’t being tortured, I can usually handle the gore.

Having been acting since a young age what would you say is your career highlight so far?
Playing Ray Romano’s daughter on the TNT show, “Men of a Certain Age” was a great highlight for me. I grew up watching his show, so acting with him was a great honor. Working with him was amazing, obviously, but off set he is really one of the kindest people ever. I think my favorite moment on that show was calling him an asshole and slamming my door in his face. But that’s only because like no one gets to call Ray Romano an asshole and slam a door in his face. I did a season of Chicago Fire, and that was pretty awesome, but maybe that’s because I loved Chicago so much!

If you could pick absolutely any role you like to play, either past or present, what would it be?
That’s a hard one. I love period pieces. Probably something during the Tudor era in England. The costumes would be amazing and the storylines would be so juicy and solacious (even just based off the truth of that time)! Mainly I just like great character-driven stories.

Your next upcoming horror/thriller project ‘Captured’ moves away from the supernatural side of the genre. What more ‘real’ world themes does it explore
“Captured” definitely airs on the side of more “real.” It really explores the pain and fear of returning to/confronting one’s past. The fear and pain kind of manifests itself a little more literally later on in the movie, but it’s all under the umbrella of personal torment I guess. I am the one who’s being tormented of course. For some reason, I’m always the center of the tormenting. I take back the last question, my next role I want to be the tormenter!