An Interview with David Cohen 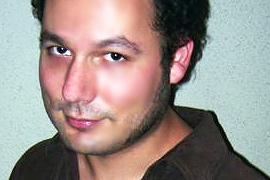 Some of you may have hard that a new video game based on the SAW film franchise is currently development and planned for release next October (likely as a tie-in with the probably release of part 6 in the movie franchise!).

Now we’d like you to “Meet the Maker.” We had the opportunity of speaking with the games producer David S. Cohen, a die-hard SAW fan and horror enthusiast about how his long time love of horror and how this has influenced the making of this game.

In opposition to other genres, horror tends to create villains rather than heroes that become synonymous and enduring within the franchise. So we all remember Freddy Krueger, Jason, Dracula etc. In the SAW franchise of course we have Jigsaw. So, the question is, will the player be given the chance to play as the villain for once? If not, why not?
One of the most important aspects of translating the SAW universe into the game is to maintain all of the white-knuckle terror of the films. Although I can’t reveal too much information at this time about who you play as, what I can tell you is that we want to provide the players with the same experience as those trapped in Jigsaw’s deadly game.

If you play as a police officer tracking down the killer, will you be following the recent trend in TV programmes, certain games and indeed SAW V to focus upon forensic aspects? Will the player be given the opportunity to do the ‘detective work’ so to speak in tracking the killer?
The SAW video game includes a new and exciting gameplay mode which will allow the players to research clues behind the mysteries in the game/film franchise. The SAW game has a bit of something for everyone, for those who like to take their time to do a little “detective work” and those that seek all-out action and thrills, while still keeping the sense of sheer terror we know and love from SAW.

If you take the role of a victim, will you be given the opportunity to turn the tables on your tormentor, or will it be more of an escape scenario?
The SAW video game will allow players the same freedoms as the film’s “victims”. SAW is all about choices, and we feel it is essential to allow the players to have the ability to make those choices, be it running from your tormentor, standing and fighting, or turning the tables.

Related to this, even if the player cannot play as Jigsaw, will they be given further insight in regards to the history and motivation of Jigsaw, who he is and why he commits his crimes?
The SAW game focuses on Jigsaw’s master plan for the players and why he has put them in the game. As the players progress they will learn not only of their past and that of the other “victims”, but key information on the puppet master himself. The SAW video game answers questions posed in SAW I, while bridging the gap between SAW I and II.

What will be the main form of gameplay? Will it be predominantly a first-person shooter like Monolith’s
Condemned: Criminal Origins? A puzzle game like Valve’s Portal? Or perhaps something more strategic, like Bullfrog’s classic Dungeon Keeper?
The SAW game will be played the third-person, and is a hybrid of many elements that make for a good horror-survival, adventure and action games.

We are also introducing many unique and original features that have never before been seen in a video game to date. These new features have been designed to enhance the raw horror of the SAW experience.

What will the player’s perspective be? First person? Third person? Isometric? How does your viewpoint enhance the gameplay and atmosphere?
For a true, claustrophobic experience that brings out the atmosphere of the environments, the SAW game will be presented in a third person perspective, so you can see not only what is happening around you, but what your character is experiencing as you play.

Will the player be able to upgrade their avatar in any way? For example, if they play as a cop, will they receive any new equipment as the game progresses? If playing as Jigsaw, will they unlock more violent and effective traps?
Like the films, the SAW video game will allow the players to use any object they can pick up as a potential weapon, but this also means that the weapon might break or be destroyed, so you’ll constantly have to look for new ones. As the game progresses each trap will get more gruesome and intense.

Will the player require prior knowledge of the film franchise to understand the plot of the game, or will the newcomer be provided with a substantial outline of what has happened in the series thus far? Can you confirm the rumours that the game is set during the events of the first film?
We are designing the SAW game for both hardcore fans like myself and newbies to the SAW universe, with all of the information they need unfolding as the story progresses. We are working closely with SAW creators James Wan and Leigh Whannell, as well as Lionsgate and Twisted Pictures to allow SAW the video game to bridge the gap between the first and second films, while providing answers to questions that fans have been asking for.

The films made their name partly due to their use of gratuitous violence. Yet the later films in the series moved more towards suspense and the terror of what *could* happen to the victim. Will the videogame follow this theme of overt violence and gruesome effects or will it rely more on atmosphere and suggestion to create the horror?
The SAW video game will deliver the same visceral quality as the films, while delivering great gameplay experience and what the fans expect and demand from the franchise. Jigsaw was right when he said, “Oh yes, there will be blood”.

Will you have the film actor’s providing their own voices for the game? Tobin Bell of course being chief amongst them!
Although I can’t go into much detail right now, I can assure you that we are taking steps to ensure that SAW the video game is a true SAW experience, delivering all of the elements that makes the series so great.

Will there be any support for co-operative or multiplayer in the game?
We don’t want to give away all the secrets of the SAW game just yet, however just like the “victims” in the SAW films, the characters must work together to survive their ordeal. What I can tell you is that there will be an online multiplayer components in the game…and blood…did I mention the blood?

“Thank you ever so much for taking part in this interview David.
And we wish you the very best of luck with the video game!”

An Interview with Charlie Clouser