You may recognize actress Lori Beth Sikes from ABC’s Resurrection, Lifetime’s Army Wives or Overture Films’ The Crazies, but it’s her latest role in Randy Ser’s horror film, Cruiser that is leaving an impression on audiences. Sikes plays Tara Kirkland, an innocent bystander who gets abducted by a crazed lunatic (played by Shuler Hensley) and is forced to witness his killing spree that takes place in a small Georgia town. To hear more about her experience playing Tara, we spoke to Sikes exclusively below. Cruiser, starring Lori Beth Sikes is available now on VOD.

Can you talk about how you got involved with Cruiser?
I was requested to audition by the casting director, Shay Griffin. Shay actually cast me in my first film in 1997. I was regular to her casting room, but this was the first horror film. It was a very fun audition!

What were your initially thoughts when you read the script?
Well it scared me honestly. Some horror films are hard to believe. You find yourself rolling your eyes and saying well that would never happen. But the Cruiser script, I was like good grief, that could really happen to someone! And that made it all the more frightening.

You are tortured a lot in this film. How did you mentally prepare to play the role of Tara Kirkland?
I couldn’t think about it too much. I would learn my lines and show up to work. The scene set ups and Shuler would take me the rest of the way. And then I really had to leave all things on the set or I would have had many nightmares. I did make playlists of music on my phone that were prone to make me cry and listened to music most of the time between takes.

What was the most challenging scene for you to shoot? Why?
Definitely the last scene. So much was going on all around me. I had to give so many responses and reactions to the chaos in fear, but I also had to find something in me to fight and stand up to this monster. I’m stubborn and strong willed by nature, so it was a balance of making sure Tara was terrified, completely exhausted, but also willing to cuss him out with the reality that she would likely die too.

What would you say the most helpful advice the director, Randy Ser, gave you during filming?
Randy was determined to keep Shuler and I separate. He only wanted our interactions to be while in character when he said “action”. We had separate call times and everything. At first, I honestly thought this was a little overboard. That I would have been easily able to separate Shuler as a person, and Shuler as this monster on screen. But Randy really wanted me to live in that uncertainty and I was very glad he chose to do it that way. Everything was shot throughout the night. I was always handcuffed while being mentally, physically and spiritually tortured. It helped to have that extra layer of weird around me to keep me going. Once I actually got the chance to get to know Shuler, who is naturally friendly and hilarious, I really understood Randy’s motive in directing me that way. It was so strange but very cool!

Do you have a favorite scene in the film?
My favorite scene was our spiritual conversation while Shuler was driving the car. He asks Tara if she believes in God. I’m a very spiritual person so I remember really trying to remember if there was ever a time when I was uncertain of my faith. My grandfather always said, just because you ask questions doesn’t make you a non-believer; it just makes your faith stronger. Tara was uncertain of how to answer his question at first, but I think throughout the night she knew her answer. She believed in God and was also witnessing the opposite of him in this purely evil and sick man.

All of your scenes are with Cruiser, played by Shuler Hensley. Were there any funny outtakes that you had together, that would be on a DVD Extra Feature?
Uhmmmm no. Not a one. There was nothing ever funny while filming this movie! And the fact that Shuler and I really weren’t allowed to talk to each other between takes, made it even all the more serious. Shuler and I were cast in a musical together not long after we shot Cruiser, so we were able to make up some time laughing together then.

Did you watch any scary movies to get in the mindset of Tara before filming. If so, which ones?
No, I did not. I really didn’t need any more inspiration than the script!

Are you personally a fan of horror? If so, what are some of the most memorable horror films for you?
Actually, I’m not a huge fan, but have mad respect for the genre. I’m just an all-out girlie girl when it comes to blood and guts. It all makes me a little squeamish! Which obviously helped me play the role of Tara. I didn’t have to “act” in some of those scenes. I was straight up scared and disgusted!

Is there anything else you want to tell audiences about your experience making this film?
All I can say is that I have never loved my shower more than I did after each night of filming Cruiser! Fake blood and sweat, night after night, in the same clothes for the whole movie for a whole month. Whew! My shower was my best friend! And to think that’s a common horror movie moment right? Someone getting attacked in a shower!

A huge thank you to Lori Beth Sikes for taking part in this interview.
And we wish her the very best of luck in the future. 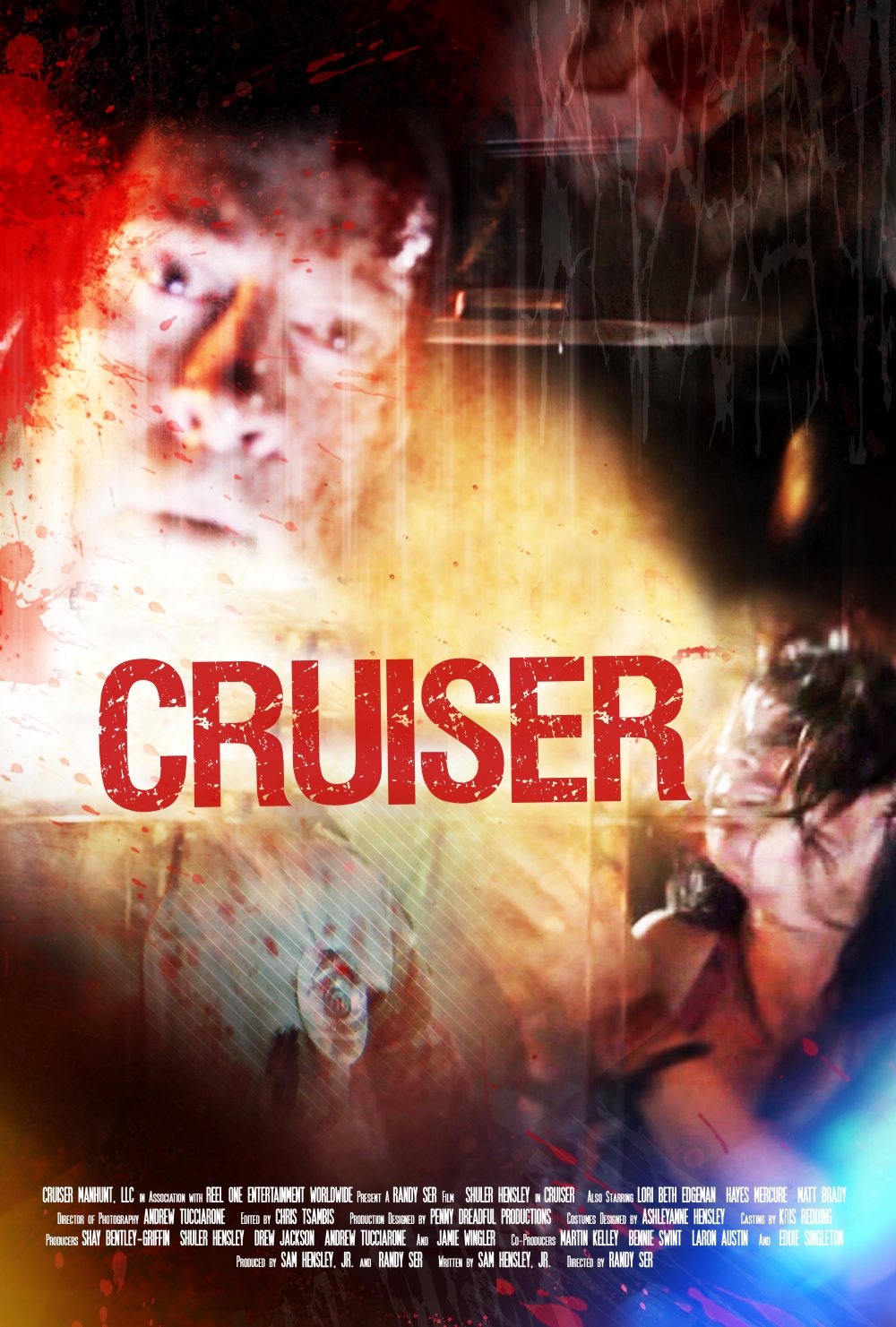