An Interview with Marta Milans 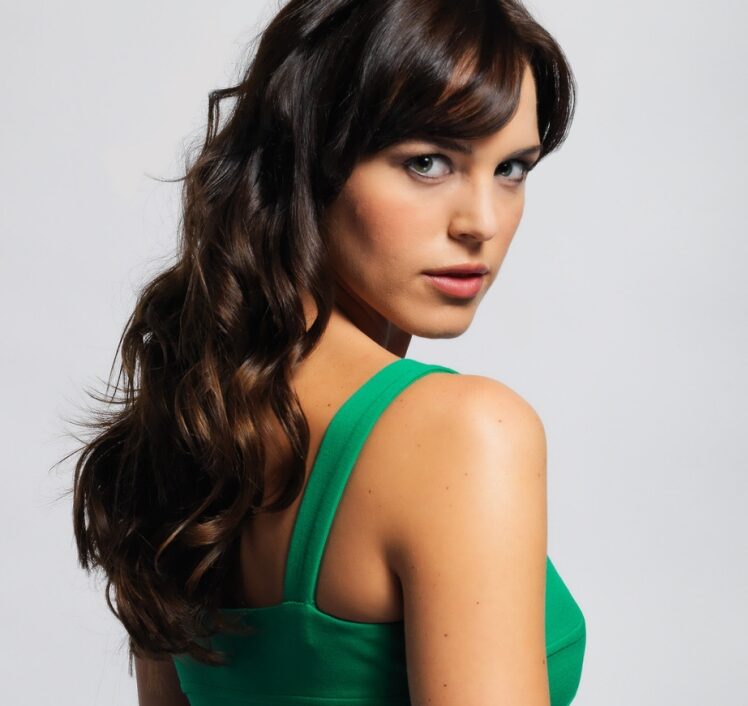 Marta Milans is a Spanish actress born and raised in Madrid who now lives in New York. She is steadily developing a successful career both in the United States and in Spain and has won awards for her portrayal of Lourdes in the psychological thriller ‘Devoured’.

How did you come to get the part of Lourdes?
Initially I just auditioned. I found the part compelling as it was one very much unlike in most scary movies. There were so many layers to the character that I thought it would be an amazing challenge. I sat with Gregg (Olliver – director) and Marc (Landau – writer) and I got such a good feeling about working with them. Just a few weeks later I was prepping for the role which was so exciting.

Lourdes is such a complex character. How would you explain her situation at the beginning of the film?
Well, she’s a struggling single mother who moves to the United States to try and find a better life and to help her sick son. Right away you see that she’s lonely and will do anything to get ahead and the bleakness of the beginning reflects her mental state. It’s really hard to talk about without giving too much away but Devoured is a slow burning story that builds up to her mental breakdown which is how it works in real life and then you see how it all unfolds at the end.

Was the filming experience as intense as the role itself?
It was a very intense film to make. We shot over 2 months in the summer and all at night so I was living like a vampire the whole time. That would enhance my feeling of solitude as I wouldn’t have a social life, sleeping all day with pillows at the windows and going to work at night. It was a very isolating experience but it really served the character even though it began to take a toll on me. It allowed me to get under Lourdes’ skin, a feeling of being alone in a foreign country. It was hard but worthwhile. And the basement where we filmed was full of rats and cockroaches too!

There are many themes in Devoured and it’s difficult to discuss too much without giving away spoilers but how would you describe the film?
I actually don’t see Devoured as a scary movie at all but more along the lines of a psychological thriller with a shocking ending. There are some creepy moments and some scares but in the end you realise what’s real and what isn’t.

There have been some films where the cast aren’t given the full arc that their character goes on until necessary. Were you always aware of where Lourdes’ story would take her?
I was yes. I appreciated it as well because it allowed me to research and prepare how to play Lourdes as her personality began to change. I spent time with families affected by similar things so I could understand better and play her correctly. I also adapted my body language and look in accordance with where she was in the film which was essential as we didn’t shoot in chronological order. I had to give Lourdes darker side a name too which helped me differentiate; a stronger persona to protect Lourdes.

Is it at all frustrating that you’ve made this terrific film but that it perhaps isn’t getting the coverage it deserves?
It’s the nature of the business and it’s so much out of my control that I don’t worry about it. A lot is to do with politics and distribution but who knows? Hope is the last thing I’ll lose!

There seems to be a welcome trend at the moment in cinema, and horror especially, with women taking the lead both in front and behind the camera. I wondered why you thought that this was happening now.
It’s amazing to see that more and more you are seeing well written female characters. I just finished a play off Broadway in the lead and it contained such strong and powerful female characters, and we got amazing reviews which was fantastic. I know for a fact though that if the writing wasn’t great then no matter how good I was it wouldn’t have been as impactful.

We haven’t seen Killer Women in the UK yet. Could you describe it and your role?
Hopefully it’s available somewhere. It’s a show that’s based on a female Texas Ranger who investigated crimes committed by women and I played her best friend. It was very different from Devoured as I was dressed to the nines with big hair and makeup and jewellery. It was a little over the top but still a strong woman. It was great to do something different.

I read that your family makes award winning organic goat’s cheese and that you’re a vice-president and spokesperson. These are two very different careers you’re carving out.
I am, I have a multiple career disorder! I’m my family’s chief importer in the United States. Our farm is 100% organic and our cheese is now sold in the United Kingdom by Abel & Cole. My mum makes it so you have to try it!