An Interview with Michael Vardian 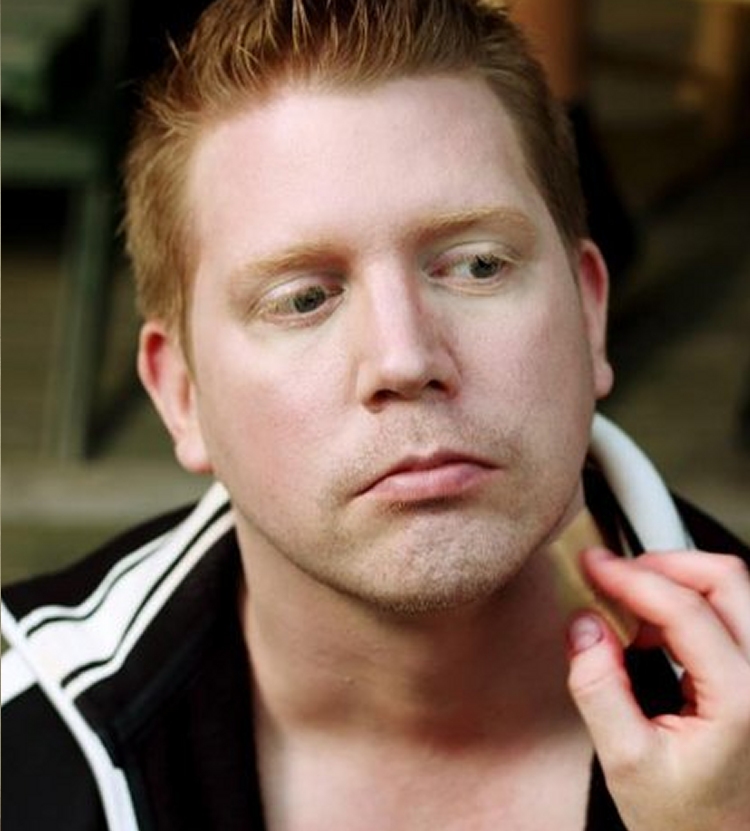 Actor Michael Vardian (born Mikael Tapani Vartiainen in Finland) met with us here at the Horror Asylum to talk about Rage: Midsummer’s Eve, as well as the Midnight Sun, Finnish Sauna, and a strange tradition of Vodka Sausage Schnapps.

Tell us a little bit about
Rage: Midsummer’s Eve. It’s an American film, shot completely in Finland during the white nights?
Yeah. The closer you are to the Arctic Circle during the Midsummer the longer the days are. I mean: If you are North enough the sun doesn’t go down at all. I grew up in Finland, so to me that is normal, but for someone coming from England, or from most parts of the United States it will be a quite unique experience.

How did you end up being cast in the film?
I worked together with the director, Tii Ricks on her first feature film, a mockumentary comedy film about a Finnish artist who manages to become a kind of a international rock star in the art world with his weird work. I liked her way of working on the set, and we have worked a lot together since then, also as producing partners.

You guys had some great talents working with you in the crew of “Rage” – tell us about that?
It was great to see the attitude of these guys whom have worked in blockbuster films, such as Mimic 2, Terminator 3, 2 Fast 2 Furious, The Hangover – you name it. There they were in the middle of the Finnish countryside working their asses off for an indie horror film with a medium budget. I believe that you can really see the quality and the talent of the whole crew in the outcome.

So what is Midsummer’s Eve all about?
Midsummer’s Eve is a worldwide celebrated, old pagan holiday which kind of resembles Halloween in a way: Lots of traditions and lots of mysteries regarding the old and basic idea behind these holidays. Midsummer’s Eve offers quite a perfect set up for a horror film. Whereas Halloween is celebrated mainly in the United States, Ireland, and in the UK, Midsummer’s Eve is actually celebrated in multiple countries around the world. The basic idea of the whole holiday is to celebrate the longest day of the year – the Summer Solstice. This is often, especially in an ancient times and even today, linked to spells and Witchcraft. Nowadays, of course it is much more about getting drunk and getting laid than doing spells.

So does everyone drink Vodka Sausage Schnapps after the Sauna in Midsummer?
Some of them do. Not everyone. But the combination of Vodka, Sauna and Finnish sausage pretty much sums up the three main ingredients of Midsummer’s Eve. You cannot ask a Finn to celebrate Midsummer’s Eve without hard liquor, Sauna and sausages. That is like Thanksgiving without a turkey, or a Guy Fawkes Day without fireworks. It just isn’t the same.

Although you worked in Rage:
Midsummer’s Eve, and although you were born in Finland you actually live in the UK and US nowadays is that right?
Yeah. Tii Ricks wanted to find actors who were used to working in English.
Greta (Mandelin) studied to become an actress in London and she worked as an actor in the UK when she was cast. Same thing with Christian (Sandstrom): Although he lives in Finland, he has worked a lot abroad. He did a role in a French film called ‘Farewell’ and he is still well known in Sweden for his role in the TV series ‘Hotel Seger’. I moved abroad a long time ago. Most of my work is in the UK, but I don’t mind travelling wherever I have to for work. That suits me just fine.

Rage: Midsummer’s Eve is a kind of a tribute to all the legendary slasher films of 1980’s. What are your favourite horror films?
I like a good horror film every once in awhile, but I get so scared I can’t really watch them alone. My absolute favourites are the first two Halloween films, as well as the first Halloween by Rob Zombie. 28 Weeks Later was also good, but in general I really don’t care that much about Zombie films. Also all the films which have something to do with exorcism’s and spiritual stuff intrigues me.

What’s next for you?
Let’s see. I have a few scripts to read, and I am doing smaller roles whenever I am asked. I have been fortunate enough to be able to work in some really nice productions, and I wish that those kind of jobs will continue to come in. We have a new horror project with Ricks too which we have been talking about together with some mutual friends of ours. We will have to see how that works out, but if it does it will be something never seen before in a film.

Michael, thank you so much for your time today, it’s been a pleasure.
Anytime. This has been my pleasure. We had fun making Rage: Midsummer’s Eve and I hope that the horror fans will enjoy watching it.