An Interview with Pollyanna McIntosh 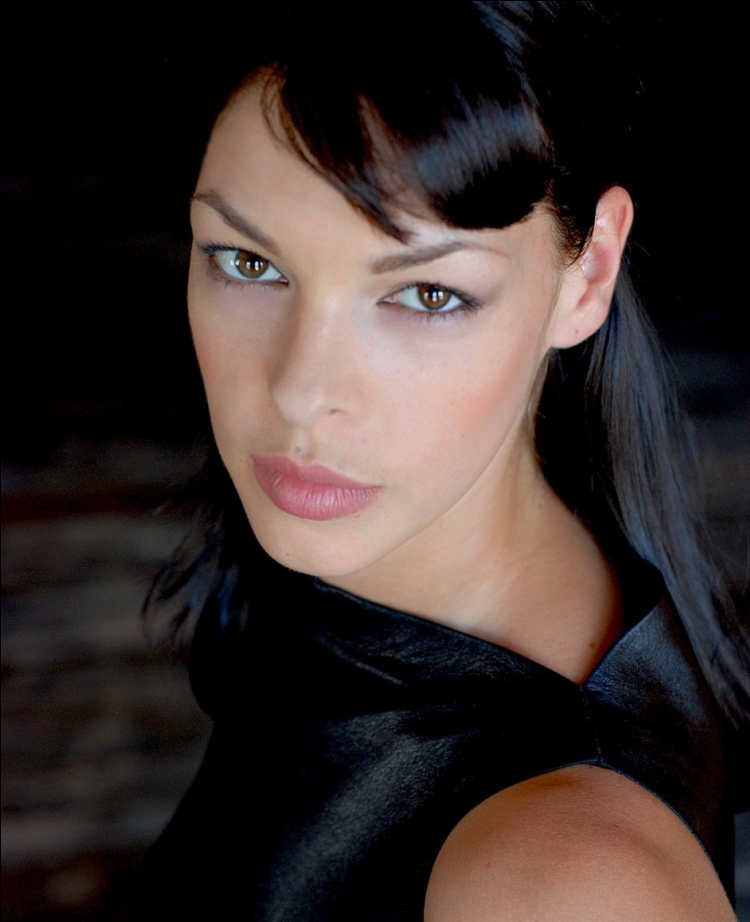 With a filmography including ‘Filth’ and a stunning performance in ‘The Woman’ Pollyanna McIntosh has established herself as one of the country’s most interesting actors. This year she has starring roles in two fantastic horror films ‘White Settlers’ and ‘Let Us Prey’ and she took some time out to answer a few questions.

With White Settlers, how did you come to be involved in the project?
The filmmakers approached me at a film festival that they also run at which I was presenting my film Him Indoors and they said they wanted to work with me. I liked them and after talking about a couple of different projects I found that White Settlers felt like the fit.

Sarah is quite a complex character initially, bossing Ed around a little but still being a bit needy and vulnerable. How did you approach the role and the arc she goes on?
Yeah, that’s true. I liked that she was that way; messy and slightly difficult; it humanises her. I don’t necessarily dig those initial sides of her but of course you can’t judge your own character so I approached it by figuring out what she wanted, how she felt in each moment and what her history was. As far as the arc she goes on, it feeds itself. I got shit scared, found triggers to get me upset about my pretend husband and just kept on fighting to survive….ya know?

Your role is quite a physical one and there is a lot of action. I wondered though what the toughest scene was.
The toughest scene was probably the running across the rooftops scene because I had to sit in the cold night watching a short stuntman in a wig play me. He ran like a girl. They wouldn’t let me do it.

Simeon Halligan has a real understanding and knowledge of genre films and White Settlers seemed quite reverential to many horror styles, with backlit fog and so on. I wondered if this was discussed during filming and how collaborative was the process?
It was definitely collaborative and Lee Williams and I had opportunities to play with the script a little. Simeon was cool in that way. Speaking of horror tropes, there was a night when the moon came out all showy and red and low. We were, of course, tight on time and shooting in the other direction but I saw a cut in we could do to make use of it quickly and was so intent on making them film it. They said, “oh it’ll take you too long to get in position and it’s dark and you may not see uneven ground under foot…” I just jumped a fence and kept running towards it and back saying, “Shoot this!” You can’t pass that stuff up so we got a few minutes of it in and we all loved it.

You’re very busy at the moment with Let Us Prey also now screening at festivals. How was that experience as that is a very physical role too?
Oh it was a blast. Again, a great crew and cast. I wrecked my back at one point on that and had to go get an injection at the wee local Irish doctors surgery in Spiddal. I was covered in fake blood and bullet wounds. The waiting room was pretty funny as no one would look me in the eye.

How would you describe your character in Let Us Prey?
Rachel is a rookie cop with a dark past. She holds her cards pretty close to her chest and is a bit of a loner. She’s also learnt to be tough, but not as tough before as she has to be on this fateful night…How’s that?

It’s an interesting premise for Let Us Prey but how would you describe the film as there are a lot of influences there?
I know Brian, the director, is an old school horror buff and certainly Carpenter was a big influence. I’d describe it as a bloody good ride with a kicking soundtrack and a few surprises along the way.

The Woman is a role you’ve become famous for and has a real following amongst horror fans. You seemed to relish that role.
I do. I love that bird.

I believe you’re working with Steve Oram and director Paul Davis next. Can you tell us much about the project?
I’m afraid I have to keep schtum but I will say that my character is ancient, cruel, very glamorous and utterly deadly. There will also be some other casting surprises in store.

How was the experience filming The Herd. It looked pretty intense?
You know, despite it being such a short shoot, I found it so gruelling. I love Melanie Light, the director, and everyone was great to work with but my character was stuffing down so much of the horror she was forcing her “herd” to endure that it was just poison inside. You know it’s a story worth telling when it affects you like that. I’m very proud of everyone on that film.

At Grimmfest 2014 there were 3 of your films screened in the end. What is about festivals and horror ones in particular that are so popular among fans and filmmakers?
They bring people together and, luckily for me, they bring the filmmakers together and in step with the audiences. Genre fans are often passionate so it’s a joy to see them, especially if they’ve got into a movie I’m there for.

‘White Settlers’ is on VOD now and is released on DVD on 20th October.