An Interview with Stephen Mera 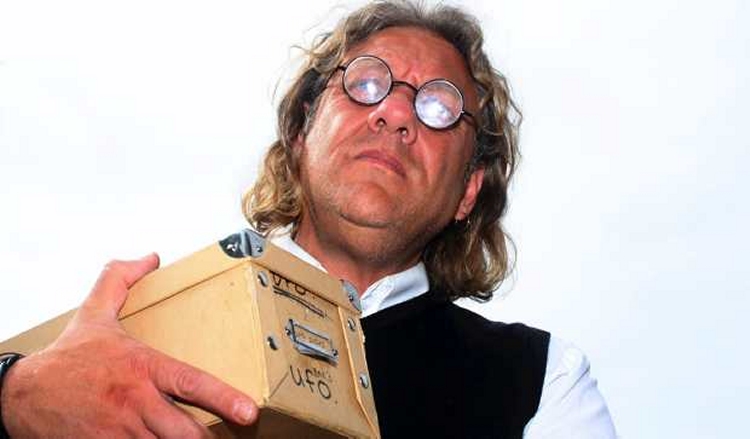 Stephen Mera is a hugely experienced parapsychologist, investigator and author who has been associated with all facets of the media from The X-Files to Most Haunted. He took some time out from his busy schedule to discuss the latest horror offering from Hammer, ‘The Quiet Ones’.

How did you come to be involved in this field?
I started in the subject back in 1983, basically through my father. He had adopted all these books and when I was young I developed an interest and had a fascination. My family was open to the paranormal as some members had had some experiences and after leaving school I decided to join a number of organisations and continue to university to learn more about the subject and here I am today 31 years on.

Didn’t you train originally as an engineer?
I did. I worked for a short time for NATO as an electrical engineer but always had this other interest. I ended up being taken in another direction, pretty much through the need for answers, and since then it’s virtually taken over my life. Everything I do now is devoted to the subject with it becoming more of an obsession! (laughs)

Were you drawn to the area then with a need to prove or disprove the paranormal?
I immediately had questions from reading certain books as to why certain people were having experiences; was it just them or was there some tangible evidence out there. Of course to answer those questions we first need to understand how our minds work so learning psychology was the foremost thing. From there I went into anominalistic psychology and parapsychology, and then metaphysical parapsychology and forensic parapsychology; it just goes on and on! I always had and still have now the urge to want to learn something. Part of the problem though is that the subject has become a little stagnant over the years and we’re not coming up with new investigative techniques and we desperately need to advance the subject. We’re using the same protocols now in the 21st century that were founded in the 1800’s.

What can you tell us about The Quiet Ones?
I’ve watched the film a couple of times now and it’s not the first time I’ve come across literature and documentation regarding similar experiments.
The problem is that there are lots of grey areas in parapsychology where there isn’t enough evidence to be able to draw a conclusion, just that there is something unusual is going on. But then just because something is unusual that doesn’t necessarily mean we find the cause. There is plenty of evidence that certain people manifest various forms of paranormal ability beyond the norm but it is necessary to be vigorous given the number of people reporting phenomena. As in The Quiet Ones some parapsychologists become so devoted to their subject that they pursue their experiments outside of normal funding and this is what ultimately happens. Some become so frustrated that they take it on personally. In the film these experiments led the parapsychologist to believe he was dealing with someone who had several of these powers. It was very authentic in its storyline and very accurate about the study and how it’s perceived.

Do the portrayals of characters like in The Quiet Ones though give the wrong impression of this obsession or do they accurately depict it?
It certainly depicts the fact that across the world parapsychologists are desperate to find that evidence and occasionally snippets do come through.
Very little is usually achieved though as it takes such a long time to get anywhere; once we find something we have to prove it again and again to show it is replicatable. If we do get the same answers then we get a hit and that is what everyone wants. If there is a lack of funding parapsychologists want to carry on to try and get those results and it becomes increasingly frustrating.

Do the words “based on a true story” or similar make you groan inwardly then as it seems the production of films claiming this are growing in number year on year?
They are very entertaining but very little is actually true. I remember watching The Conjuring, allegedly based on true accounts, but I know the case and it was very far from the truth. There are slight elements of the story in there but how much of that do you need for it to claim being based on a true story? That line is used more to draw you in. The Quiet Ones however is based on several true accounts in designated locations that are and always will carry on. In this case it’s very accurate.

What is the most common error most films make when dealing with this subject?
The phenomena. There are patterns, like a rulebook, when phenomena are taking place. I can usually tell that in most cases one event would not follow another. The general public wouldn’t know that and that’s why the films work.

Do you think then that the increase in recorded events is down to the media in many respects?
Yes, especially over the last 10-15 years since we brought out regular television shows about the paranormal. Everyone has always had these instincts of wanting to learn more and we still do but what happens is that the media drives this and you find an increase in the reporting of events. I don’t believe there are any more incidents taking place though but unfortunately for us we are inundated. I receive around 6000 photographs per year but we just don’t have the resources to follow them all up. Unfortunately most people don’t have the understanding of how their equipment works or how it can affect results.

Given your experience then why is there no definitive proof if the events shown in The Quiet Ones really occurred?
I am absolutely 100% positive that phenomena do exist and not only through witnessing it myself but by being with people who have experienced exactly the same things at the same time. And also through the amount of evidence brought forward over the years. It’s very difficult to argue with sceptics though as they tend to be of closed mind and won’t believe anything can be proved; everything could be a hoax and everything could be a lie. Most people though lie in the middle ground and I think from the last poll around 75% do believe that something exists.

‘The Quiet Ones ‘is available on DVD and Blu-Ray here in the UK from 18 August.