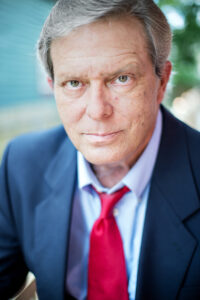 How did you get attached to OBSIDIAN?

If I remember correctly…I saw a post on a facebook post. Sounded interesting tho I had never done a horror film before. I submitted for the doctor role ( I get a lot of requests for doctor/lawyer/executive/etc.). Then I forgot about it…and low and behold, Erica contacts me and wants me for the role…no audition, no meeting. I was shocked. She took a chance on me and I will be forever grateful.

Tell us a little bit about your character? At this point, he is a broken man. His life has become a disaster. He is desperate to somehow make amends for what has happened. You find out why in the film. You also find out how he plans to deal with what cards life has given him…it doesn’t end well…

How was it working with ERICA SUMMERS?

She is amazing…a Jack of (correction) Jill of all trades. While we had a small dedicated crew that worked wonders, Erica was involved in most everything…not as a dictator mind you but someone who was willing to help out and do what needed to be done. It was terrific to watch. We got on famously, as did the rest of the cast and crew. She created such an atmosphere that we all have become so close after filming was over. I credit Erica with creating that “family” feeling on set. 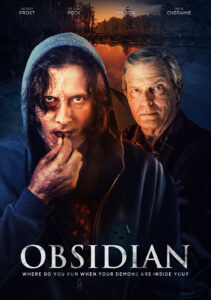 What was your favorite scene?

Fav scene of mine? I guess when the doctor is trying to convince Jack to take part in the trial. I loved acting with Henry and he helped bring out the best in me. Favorite scene of the movie? Towards the end with Henry and Olivia but if I say anymore it gives the plot away. I also liked the very last scene. This isn’t your typical horror movie with your typical ending….and I love it!

What was the most difficult aspect to making OBSIDIAN?

For me, I was sick with a bad case of bronchitis for a few days of shooting. Then I got some steroids and I was good to go. Erica called me steroid Frank afterwards since my attitude improved and I was back to my usual self.

What makes OBSIDIAN stand out?

To be honest, I’m not a fan per se, of horror films but this one was different. I thought it had good character development, an interesting narrative and avoided cliché outcomes and endings. It’s not a film where they come up with some scary scenes and write a story around it. The story was written and scary scenes flowed from it…big difference.

Do you have any favorite horror films? Sure…what may be considered classics. Carrie, Alien (Spectacular!), Poltergeist and The Shining.

What made you want to get into acting?

I acted in a history class project in high school. Played the lead, JFK in “Missiles of October”. Got an A+. Then, while I loved the experience, I didn’t follow it up. But I became a facilitator of Leadership classes so I was “performing” in front of an audience. I tried to make it entertaining, funny and interesting. It was only after I moved to Louisiana and found out this was called “Hollywood South” that I thought about acting again. I did 6 weeks of background work on the film Magnificent Seven and I was hooked. At an “advanced” age, I decided to pursue acting again, something I had always wanted to do.

Film music inspires me…it creates images in my mind and emotions. I even have a podcast about film music called “What’s the Score” where people from the entertainment industry talk about their favorite film scores. Good scripts/books can spike my creativity as well.

What’s next for FRANK R. WILSON?

My podcast continues. I have over 50 episodes with composers / actors / directors talking about film music. I should have Erica on soon. Nothing in the pipeline for acting but that’s how this business is….feast or famine. I’m actively auditioning and looking to have some bookings soon. Anybody out there need my type? lol…. People can follow me on IG @frankwilsonactor or facebook at Frank R WIlson. I also have a web page that keeps people up to date on what’s going on…as well as what has been.

OBSIDIAN arrives on VOD from Midnight Releasing on September 3, 2021