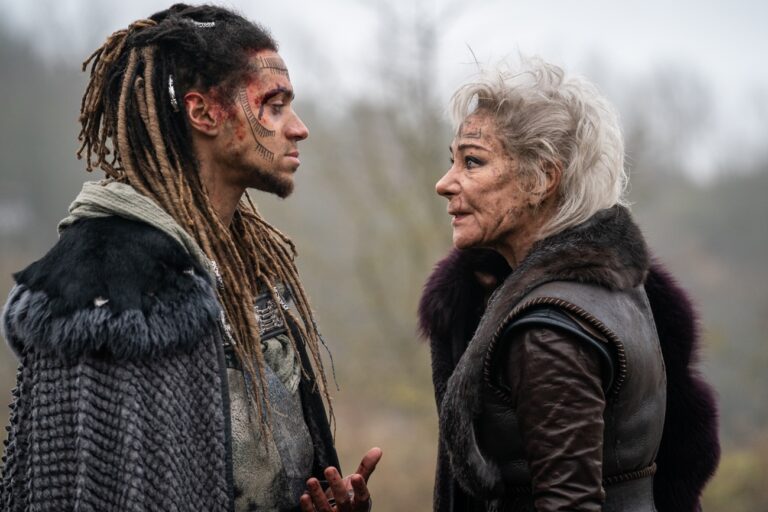 Throat-slashing, drugged-up-druids and plenty of romping ­– Britannia returns to rule TV with its third series from Olivier award-winning playwright Jez Butterworth and continues to merge fantasy and fact in his hallucinogenic historical series.

The capricious Celts and ruthless Romans are back for Britannia Series III airing now on Sky and available on DVD from Acorn Media International now, alongside the Series I – III Box Set.

The fightback against the Roman Empire, which stands at its mightiest, is on the horizon. Aulus (David Morrissey – The Missing)  is joined by his wife Hemple (Sophie Okonedo – His Dark Materials) who arrives to oversee his conquest of the Britons, bringing with her mysterious and dark forces. Cait (Eleanor Worthington-Cox –Gwen) continues her journey to becoming the prophesied “chosen one” and Mackenzie Crook’s 10,000-year-old Druid leader Veran is set to head down into the underworld for a glimpse of the future. As competing factions feud, whose prophecy will be fulfilled, and who edges closer to ruling Britannia?

The original series kicks off in 43AD, as Roman General Aulus Plautius, arrives in Britannia, determined to conquer what Julius Caesar lost to the dastardly Druids 90 years earlier. He leverages rivalries between Celtic tribes: the Regni led by Queen Antedia (Zoë Wanamaker – Harry Potter), and the Cantii led by elderly King Pellenor (Ian McDiarmid – Star Wars). There are greater forces at work as Cantii royal siblings Phelan (Julian Rhind-Tutt – Harlots) and Kerra (Kelly Reilly – True Detective) vie over their right to the throne. High Druid Veran (Mackenzie Crook – Detectorists) summons spirits with gruesome rituals to achieve his own ends, while chosen one Cait seeks to fulfil her own prophecy with the help of demon-possessed madman Divis (Nikolaj Lie Kaas – The Killing).

The second series follows two years later, as the feud between Romans and Celts deepens, rebellions are stirred amongst the Celtic tribes, and an epic battle between the two Druid brothers puts everyone at risk…

Bring on the battle Britannia style, there will be blood… lots of it. 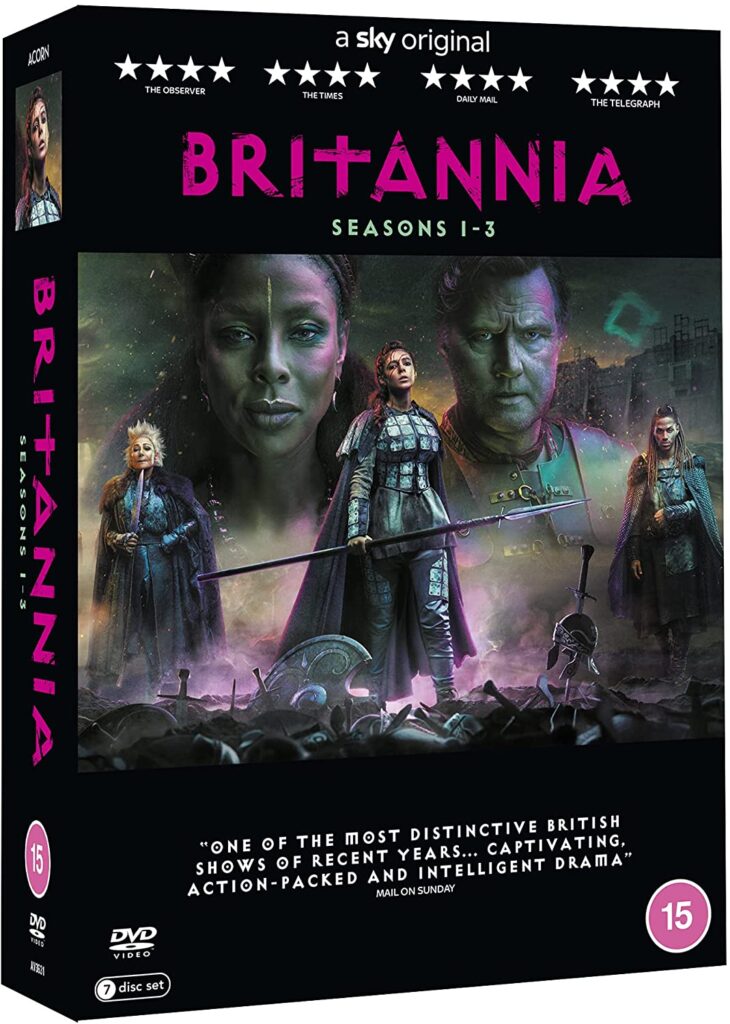