FRIED BARRY is giving away a ton of official merch to the artist who creates the most jaw-dropping FRIED BARRY inspired artwork.

FRIED BARRY has inspired hundreds of artists to create their own acid-drenched creations based on the film and we want to see YOURS.

The winner will be announced on 10th OCTOBER by none other than Fried Barry himself, Gary Green.

You’re welcome to create as many pieces of artwork as you like.

If you’ve already created a piece of Fried Barry artwork, repost it from 5th September to be entered into the draw. 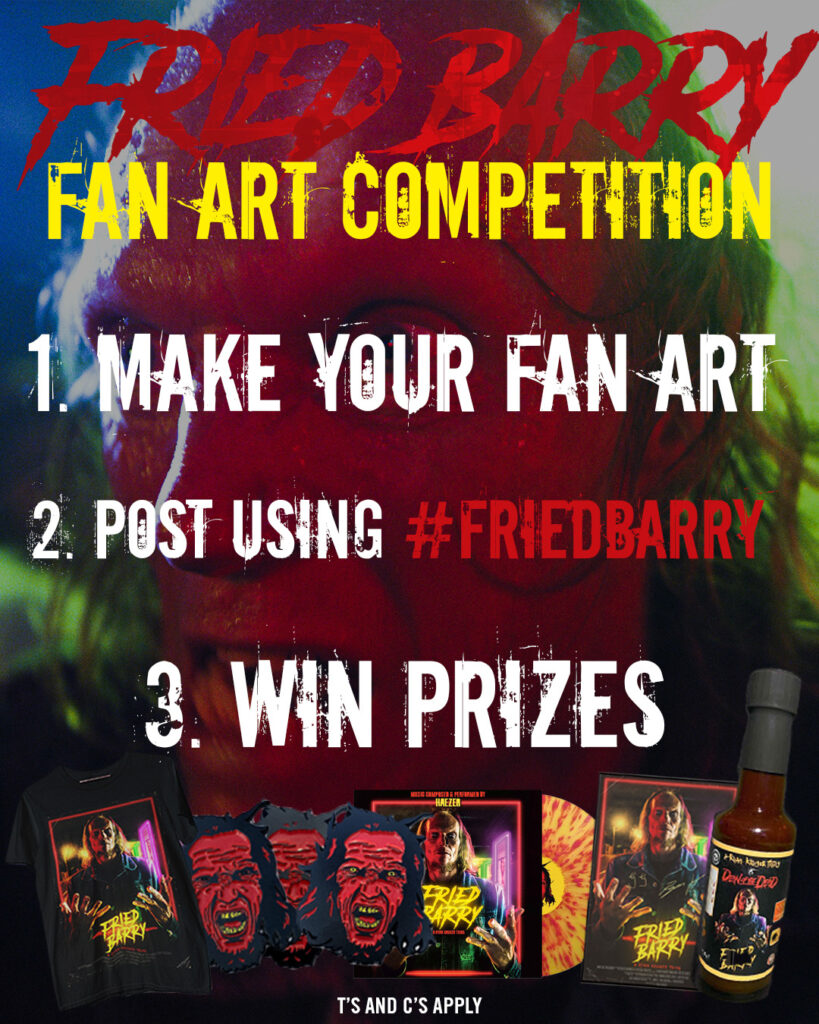 The winner will take home:

Go to www.friedbarry.com/merch to take a closer look at the prizes

FRIED BARRY is the South African cult smash hit that has enamored fans and critics alike. Winning 21 awards at festivals around the world – including 5 “Best Film” awards and 4 “Best Lead Actor” awards – FRIED BARRY is one of the most talked about genre movies of the year, having played at Fantasia, Sitges, Torino, Kyiv Molodist and many more.

Earning a Certified Fresh rating on Rotten Tomatoes and rated as one of the top horror films of the year by 7 leading genre film publications, FRIED BARRY has been a hit with critics and fans alike. The FRIED BARRY fanbase is nothing short of explosive, with hundreds of examples of fan art based on the compelling main character and several diehard fans even getting FRIED BARRY tattoos.

FRIED BARRY was featured on the cult hit TV series THE LAST DRIVE IN WITH JOE BOB BRIGGS and reached the #3 most trending topic on Twitter in the US upon release.

“Brilliance, imagination and a real sense of risk-taking” – EMPIRE

“If ever there was a cult-destined film you must see to believe, FRIED BARRY is unequivocally that film” – RUE MORGUE