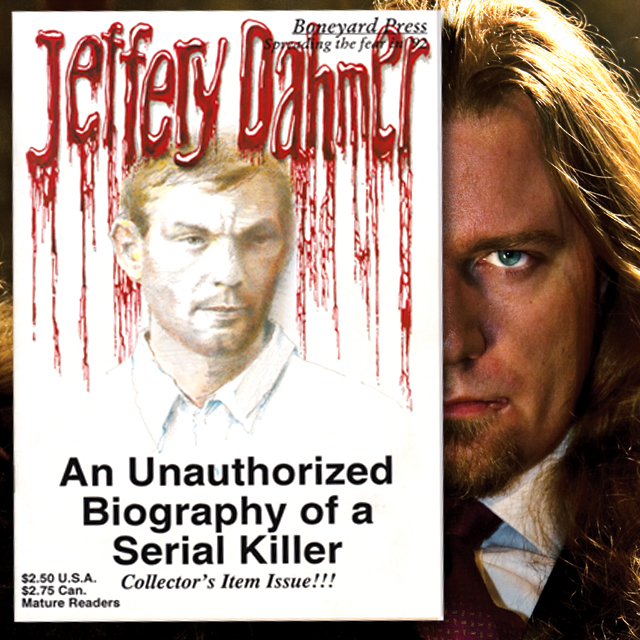 Hart Fisher’s pre-launches the Big Book of Dahmer Indiegogo campaign to bring back the his Legendary Jeffrey Dahmer comics.

Hart D. Fisher is the world famous author of the infamous Jeffrey Dahmer: An Unauthorized Biography of a Serial Killer comic book most recently featured in a 10 episodes mini-series on Netflix. He is also the founder (with his late wife Wakako) of OTT linear streaming horror tv channels, American Horrors & American Horrors Classic (available on Roku & Glewed.tv) and the American Horrors Film Festival located in historic downtown Lake Geneva, Wisconsin.

Mr. Fisher is the author of Poems for the Dead, Still Dead, An American Horror Story, plus writer/director of the feature film, The Garbage Man. He is also the creator of the American Horrors tv series (featuring a young 4 time Grammy winner recording artist Billie Eilish), the True Crimes tv series, the American Horrors Intermission tv series and is also noted for his Rush Limbaugh Must Die, Howard Stern vs Rush Limbaugh, Doin’ Time With OJ & OJ’s Big Bust Out comic books published by his notorious publishing house, Boneyard Press.

“As the first real, tactile example of true crime media in a format that, historically, was considered “for children,” Fisher’s Dahmer comic polarized audiences. Although a measured, non-lurid retelling of the Dahmer story, it proved to be a lightning rod of controversy for simply existing. What goes unnoticed, though, is Fisher’s, and the comic’s, place in the history of true crime media and how it served to herald the beginning of a cultural phenomenon.” – true crime expert, David Hayes