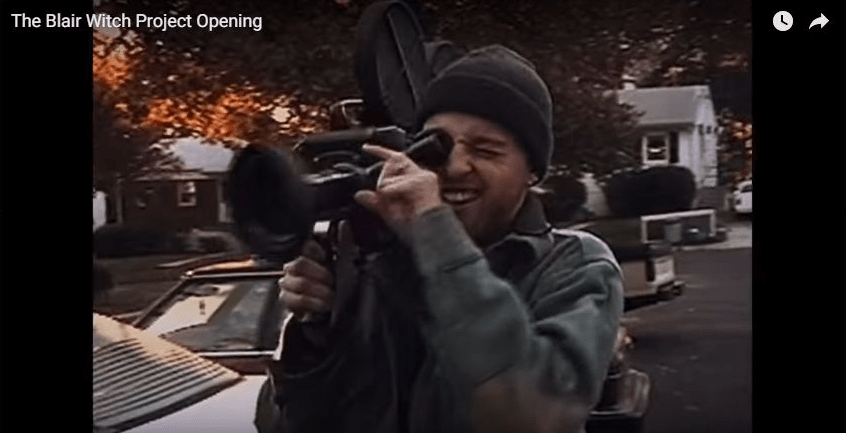 Independent films have a very short shelf life. This is a problem that is multiplying due to supply and demand. There is an overwhelming supply of indie films and not enough demand. It’s easy to get lost in the shuffle with all the streaming services and platforms that are currently available to watch movies. It’s hard enough to make a movie, but it’s even harder to make a profit. Right now, Indie films are released and only have a chance to make their money back within the first few months before a major drop off. A film needs to be structured more like a business with the ability to make money over a longer period of time. This is usually a luxury that only Hollywood films are afforded. …Today, I’m going to answer the question, “How to make your horror film into a brand”?

Create memorable characters that stand out and make the movie-going audience want to see more.

Always leave an opening for your characters to move in other directions which could include a prequel, sequel, and even a serial. Explore merchandise options that could include clothing apparel and collectibles.

If you want a yearly boost in sales, seriously consider centering your film around a holiday. If you look at the history of the horror genre, when it comes to specific days and dates, the success factor increases. I’ll list a few obvious examples to prove my point. Halloween, Friday the 13th, and Black Christmas. To a lesser extent, look at films like Leprechaun, Prom Night, and April Fool’s Day. What all these movies have in common are specific holidays or events that take place on a yearly basis. This means you can repeat a simple marketing plan every year to draw attention to your film.

There are two different types of horror audiences. You have the PG horror film that has more of a family friendly vibe which you can sit down and watch with your children. Then you have an R rated horror film that caters to the adult audience and puts the focus on gore and nudity.

What audience do you want to attract? Why not both? Why not edit two versions of your film and maximize your efforts. I would release the PG version of your film first and go through all the typical distribution channels. This will allow you to go after the widest audience possible. Once the first leg of distribution is complete (six months to a year) then you can release the R-rated Directors Cut and truly maximize on your horror film.

Always over compensate when it comes to film assets. It’s better to have too much than too little. This is promotional materials that consist of artwork, posters, lobby cards, teaser trailers, official trailers, exclusive footage, film stills, and behind the scene shots. You will need all this and more when creating your press releases and marketing campaign.

in addition to your feature, I would suggest taking your audience on the journey that you went on. You want to make it a personal experience that the audience can relate to. Create a documentary on your experience. There is something inspirational about watching someone overcome obstacles to make their dream come true. At the end of the day, it’s a major feat to get a feature film made, and this is another way to celebrate your accomplishments. This behind-the-scenes look can be used as a special feature, a promotional asset, or maybe a stand-alone release.

You can never dismiss the power of networking. I would look for strategic partnerships that make sense for your film. Product placement is a perfect example of what I’m talking about. Partner with a product or company that can benefit from their involvement with your film. The other side of the coin is, you can benefit from being partners with them as well. This could be a win – win situation for everyone involved. Don’t be afraid to think outside the box.

The most common problem among indie films is there is no budget left for marketing. At the indie level, you simply can’t leave everything in the hands of a distributor or sales agency and think your job is done. While there are a number of distributors who do a very good job at marketing, you always want to go above and beyond. It’s essential to save money for a marketing campaign and push your film to the sky’s limits.

Horror has the most dedicated fan base with film festivals, conventions, magazines, podcasts, social media, streaming channels, websites, and more. Take advantage of it all.

If you are a filmmaker and you are reading this article today, look at the bigger picture. It’s really the only take away. In today’s indie film landscape, you have to be more than just a filmmaker, you have to be a business person who can avoid the pitfalls and navigate your film to success.

If anything that I wrote makes sense, and you need help making your dream become a reality, please contact Michael Joy at Marketing Macabre.

Marketing Your Horror Film In 2022