Luna is a young embalmer with a strange passion for everything concerning death. One day, during a trip in the woods, she finds two bodies. The first one is a dead woman, the other one is a man who is still barely breathing. From this moment, Luna’s life will change forever and a horrifying spiral of violence will take place around her existence… 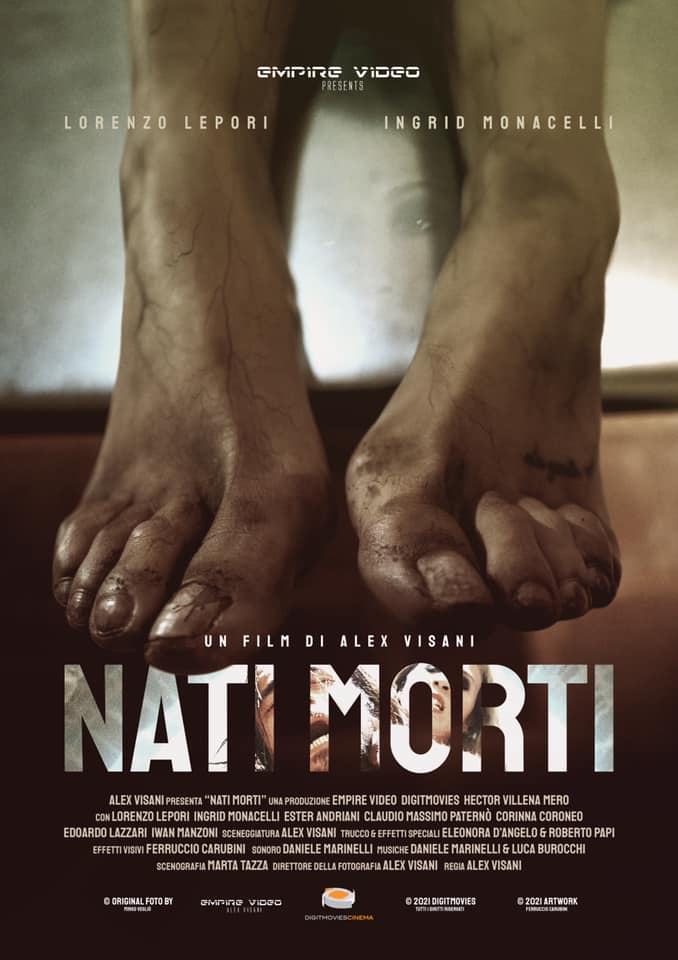 NATI MORTI is an independent thriller horror directed by Alex Visani (THE PYRAMID, STOMACH, producer of FLESH CONTAGIUM directed by Lorenzo Lepori) set in a beautiful and atmospheric house in Umbria, Italy, near the lake Trasimeno. The movie will be released by Digitmovies on DVD in October for the Italian market and then it will be distributed in foreign countries. The movie is English dubbed.

A raw and morbid movie, with obsessive atmospheres and explosions of violence and gore. A movie that goes deep through the most obscure and violent side of the Italian society. A story of violence, a weird love story, a desperate fight for survive.

Keep up to date with the movie by following the movies Facebook page: