Dark Holler follows the experiences of a family harrowed for generations by an ancient spiritual darkness. Initially centered on a young woman that claims to have been possessed in the midst of her witchcraft and drug addiction, the series takes a number of unexpected turns as we uncover family secrets unknown to our initial subject, explore local geographical and historical connections among this and other cases of high strangeness and even document unexplained phenomena as the film crew experiences them with our characters.

As the sun sets on the coalfields, out on the borders of the places people don’t go, folks are experiencing oddities that don’t seem to fit with what we know. UFOs. Poltergeists. Demonic possession. Premonitions from interdimensional psychedelic entities. Thin places in the veil. A paranormal parade of highest strangeness in the lowest places. Old gods, names absent from the mouths of man for centuries, uttered once more in reverence over backwoods altars. Could it all be connected? What if the truth lies beyond our predictable world, but closer than we think? Over our heads, under our feet. Maybe we can only see what fits in the little world we’ve chosen. Maybe it’s been in front of us the whole time. Deeper than we dream, darker than we imagine.

Ward Hiney has worked on documentary and investigative journalism projects for more than a decade, covering subjects ranging from the opioid epidemic to cartel activity in the American southwest. He is currently producing and directing the paranormal documentary series Dark Holler. 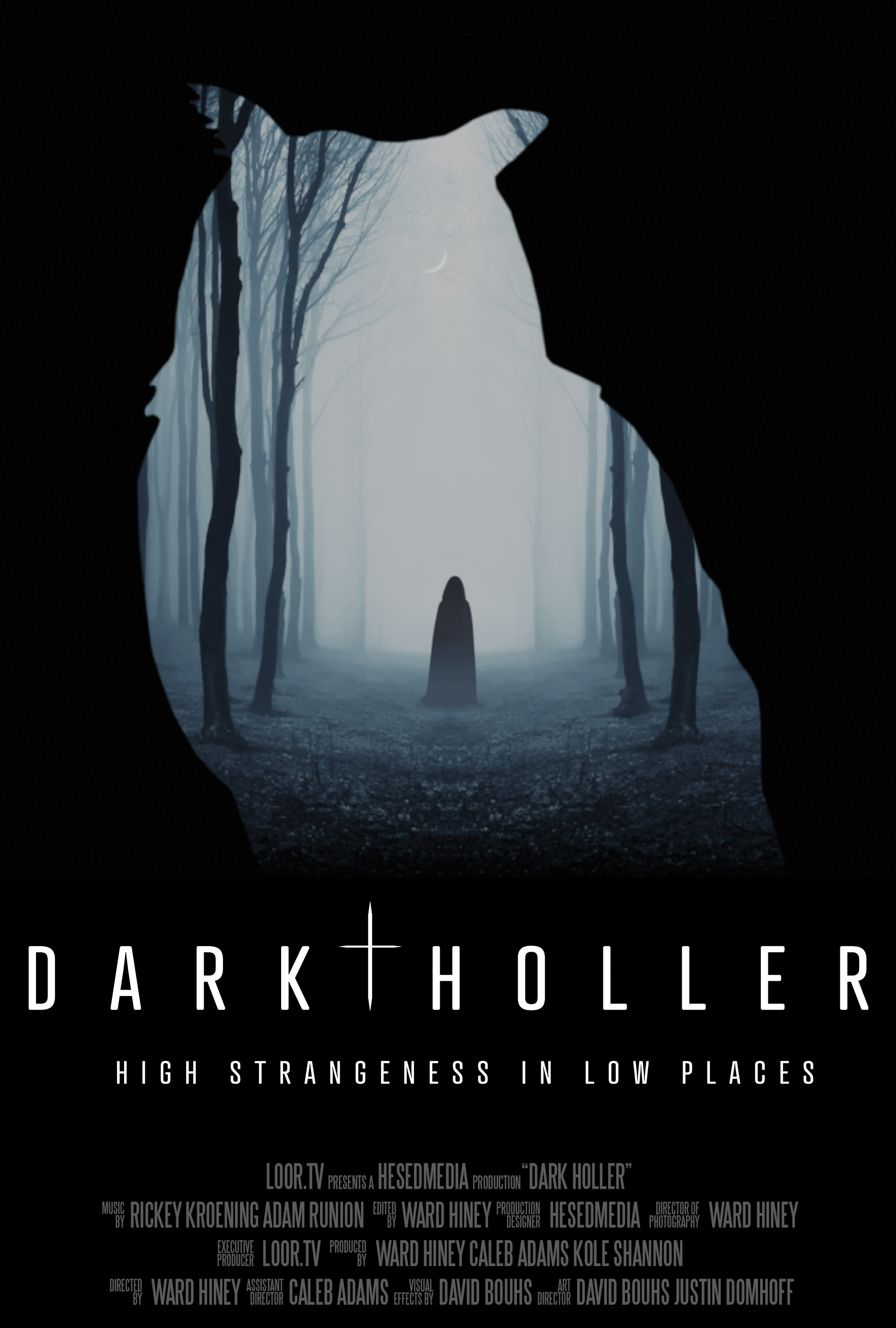