‘One of the strongest, most effective horror films of recent years… awards-quality lead work from Essie Davis’

‘How terrific to find a crowd-pleasing chiller that wants to do more than make you jump – to move your heart and your head, rather than just your body’

‘A well-crafted exercise in atmosphere, with echoes of The Shining… The reason it works…is the way Kent blends the supernatural with the psychological meltdown of a normal mum having a very, very bad week’ 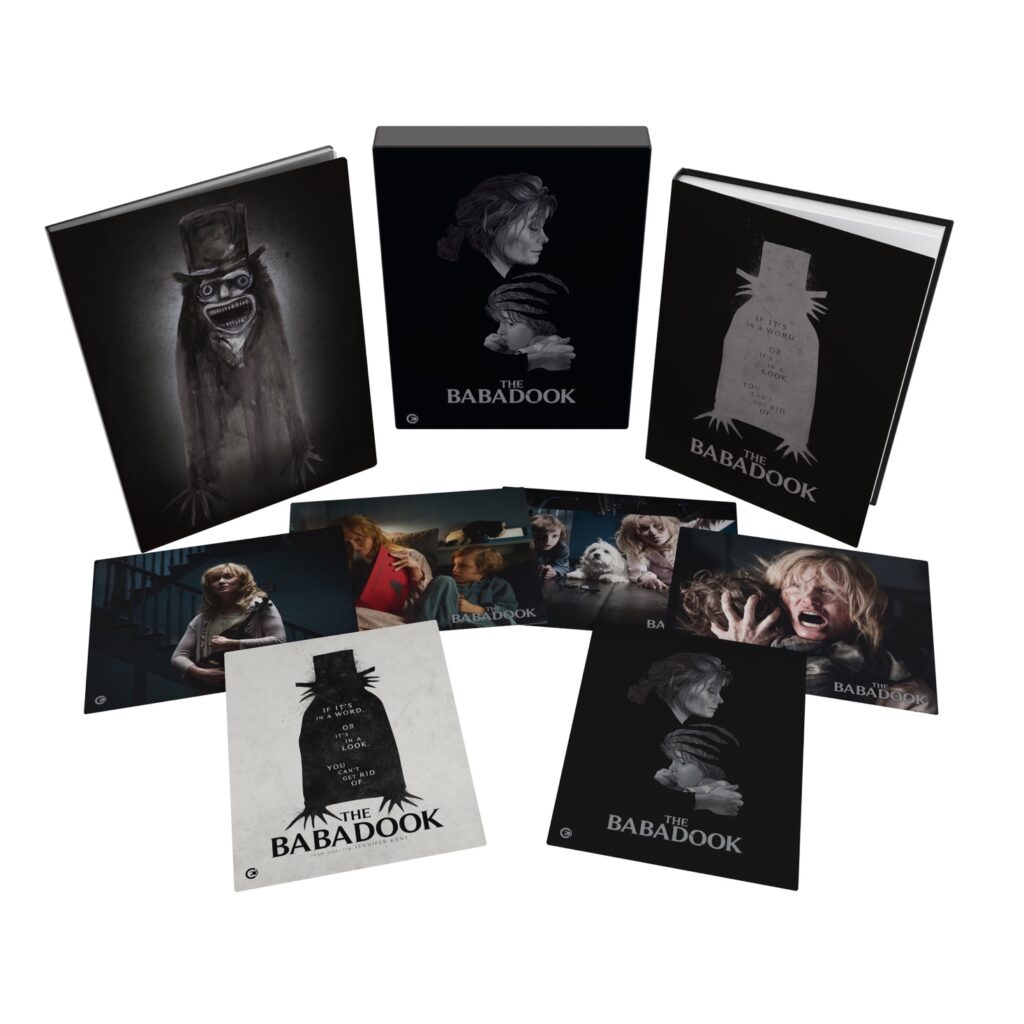 Internationally renowned horror The Babadook saw The Nightingale’s Jennifer Kent make a huge impact with her feature film debut. Now Second Sight Films brings this acclaimed chiller back to life with a brand-new Limited-Edition dual format release featuring the world premiere on 4K UHD plus Blu-ray which will ensure you won’t want to get rid of The Babadook.

This standout film sees Essie Davis, star of Miss Fisher’s Murder Mysteries, as a grief-stricken mother who is desperately trying to bring up her troubled son the best she can, will a new book be the answer to his sleep woes, or is it the beginning of an unimaginable nightmare?

Following the violent death of her husband on the day their son Samuel (Noah Wiseman) was born, Amelia struggles with his erratic behaviour, and is still battling with the never-ending grief. Refusing to celebrate Samuel’s birthday as it’s inextricably linked to such a traumatic time, life is a struggle and the one person who’s always been there for her, her sister Hayley McElhinne’s patience is wearing thin.

As Samuel’s seventh birthday approaches his fears get worse, he’s convinced a monster is coming to get them, and he won’t settle, no matter how many bedtime stories he’s told. When an intriguing storybook appears on the bookshelf,  Samuel becomes convinced that the Babadook is the monstrous creature he’s always feared and as Amelia senses the ominous presence herself, she slowly begins to unravel.

The stunning Limited Edition is released on 28th June 2021 and is presented in a stunning rigid slipcase with new artwork by Peter Diamond.  Full of outstanding special features it includes brand-new and archive interviews, audio commentaries, a short film and a 150-page hardback book with brand new essays and collectors’ art cards.

Also available to pre-order on Amazon: