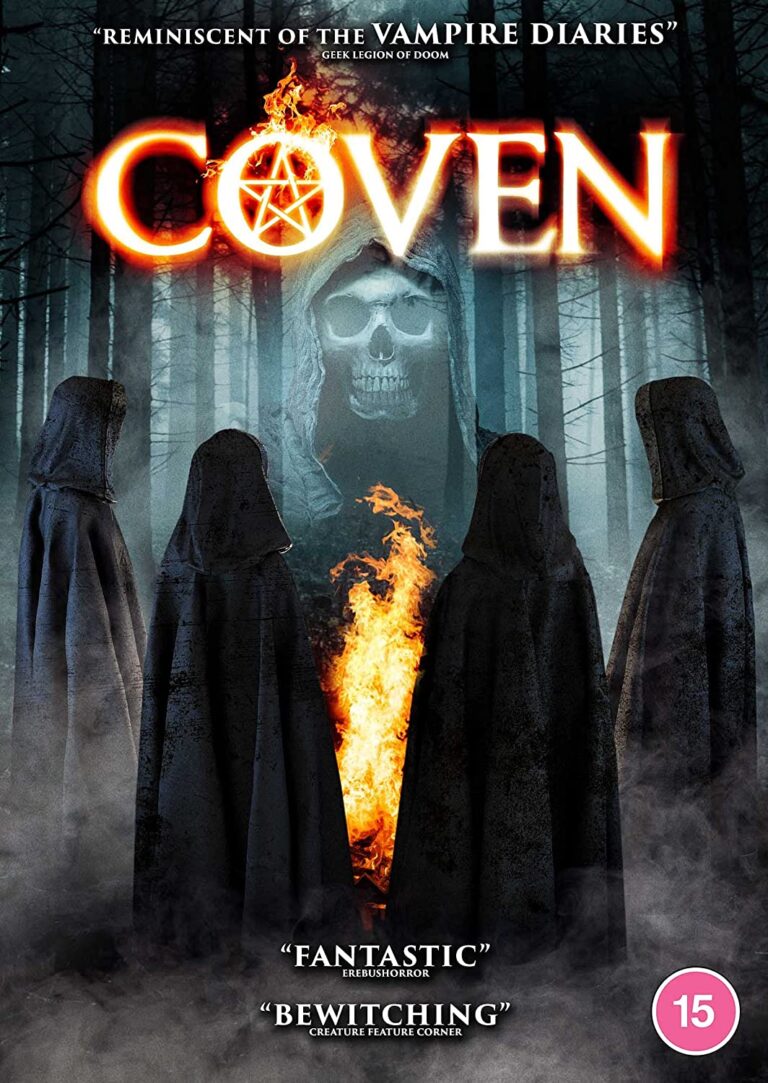 From the moment this film opens, it is unashamed in its blatant desire to rip off 1996’s ‘The Craft’, a genre-defining teen classic which celebrated its 25th anniversary this month.

When you have a fraction of that film’s budget, no name stars and $1.50 to spend on special effects, surely you would want to get creative to make your little film stand out from the crowd, not set it up for failure by almost cloning a much better film?

Let’s start with the positives.  Low budget films are notorious for looking cheap and sounding even worse, but if there’s one area where ‘Coven’ excels, it is in its aesthetics and sound design.  The crew have done a really good job here and I mean that sincerely.  The carbon copy soundtrack is decent too.  The visual/special effects are so bad – snap chat filters would have been a better option.

The biggest gripe I had with this film (apart from it being a carbon copy of ‘The Craft’) is that it was written and directed by women (hell, the writer even stars in it) so I could not believe that the main cast spent the majority of the film scantily clad in underwear, exposing their breasts and writhing about.  It was as though the #metoo movement never happened!  2019’s ‘Black Christmas’ got it wrong, but this went too far in the opposite direction.  I thought it was just sleazy men who dream up scenarios to see women naked and vulnerable, but apparently the female creators are about equal opportunities.  I have no problem with women wanting to feel empowered and take back control etc. but this opportunistic disrobing reeked of desperation.  It’s as if the crew decided that they would all get naked in order to draw in an audience.  Perhaps the biggest irony on display is that the filmmakers then chose not to lean into this decision when they showcase a sex scene and then linger on one woman as she gets dressed afterwards.  Commit to going for boobs and blood or don’t.  Don’t try to be clever and take it back later.

Check out these real money games.

There was one moment which made me laugh.  They ripped off the bit where the bus driver tells the girls in ‘The Craft’ to watch out for the weirdos by having a guy call them butch bitches.  They stand up to him later and he calls them “Josie and the Pussy Eaters”!

The whole affair is a disjointed re-hash of the best bits of a classic film done on a budget with nonsensical sets and costume choices.  Why are they calling the four corners in their panties outdoors in fall and why are their five of them?

I can forgive technical incompetence if I’m having fun with something faster than I can forgive competent filmmakers who make stupid decisions.  You’ve literally seen this before.  I’d watch ‘The Craft: Legacy’ again before I’d ever re-visit this.