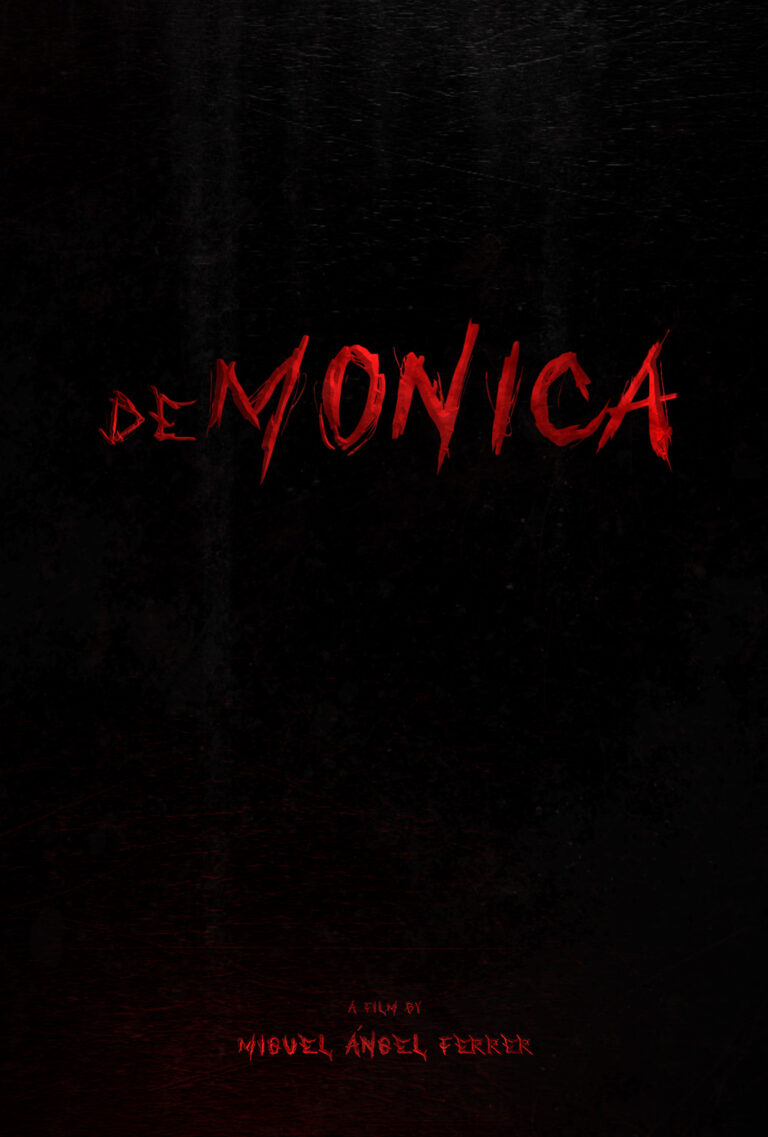 Film in every sense, is a universal language. You can convey any message, point, statement- no matter where you’re from. You can represent your heritage, cultures (of your own or others’), and pull emotion right from those who view the finished product at the end of the day.

However, with that creative freedom and discretion, there lies some leeway to embellish. In the world of foreign films mixed with the horror genre you’re sure to get something unconventional. Now, what happens when demonic possession meets sex work AND the Catholic Church? On top of that add in the backdrop of the “most dangerous city in South America”. In an interview with indieactivity.com Producer of the film, Wil Romero is quoted saying; “I took three flights down to Colombia and had to cross the Venezuelan border by foot due to passport complications.” The filming process for deMonica put the cast and crew in a situation that is film-worthy in itself.

Before we get into the thick of the plot of “deMonica”, let’s explore writer and director Miguel Angel Ferrer’s resume. Miguel is no stranger to having multiple writer, directorial & production credits to his name. Not only has he been highly busy with drama and horror short films, BUT has a long list of commercial relationships.

Including but not limited to: TMobile, Nissan, Sargento cheese, Mountain Dew, MTV EMA’s,  the opening credits of comedy series “Angie Tribeca”, etc. Which are just a few of his award winning commercials & music video achievements.

Now back to demons, sex, and the Catholic Church set in the backdrop of Venezuela. The film centers around a brothel run by a very bad gang of men, the leader named “Kilo”(played by Alec Whaite)  who use women who have prior debts to them (and also gave me a case of the nauseating creeps) It just so happens that ONE of these women- Monica (played by Claudia Serven) is possessed by a demon who- lets be honest, the innuendo writes itself here.

There’s much left open to interpretation but word gets back to Monica’s estranged sister Maye (played by Daniela Azuaje), who then pursues the most sought after Catholic Priest, Father Lopez (played by Francisco Denis)- who swears that this local legend of him working with the Vatican is no more than just that, A tale.

There is so much that I absolutely enjoyed throughout the twenty-two minute short film. Well, for that matter- specifically two things alone.

The filming style and visuals that come so naturally to Miguel Ferrer very much took my breath away. A mix of stunning Venezuelan localities, clear captured LatinX heritage, and the grungy/gritty style that surrounds Maye’s journey to help her possessed sister. Every angle and scene is a portrait worth rewinding to view again and again.

More than anything in “deMonica”, I felt the need to stand up and generously applaud Daniela Azuaje’s performance as ex-gang member and protective/estranged big sister- Maye. Not only did the film brilliantly capture, but Daniela went beyond channeling the inner struggle of Maye’s own life. She put her own past and horrible things aside for family- risking everything if it will save her little sister.

Despite the many flaws of Maye, there was a thin blurred line between having atrocities in her chose path and love for her family- Maye is a commendable badass whose story I’d absolutely watch a separate feature film on entirely.

Overall, I wish “deMonica” ran a bit longer. Miguel Angel Ferrer did wrap every aspect neatly and tight to finish the 22 minute short, but left me wanting more every step of the way. Each character had an intriguing purpose and intertwining motivation regardless of who they were or their past mistakes/lives. Daniela stole the entire feature, but Alec, Claudia and Fransico made an exceptional ensemble.

According to IMDb, “deMonica” is set for official release on September 19th of 2021. If you’d like to support and follow the cast and crew, their social’s are listed below: