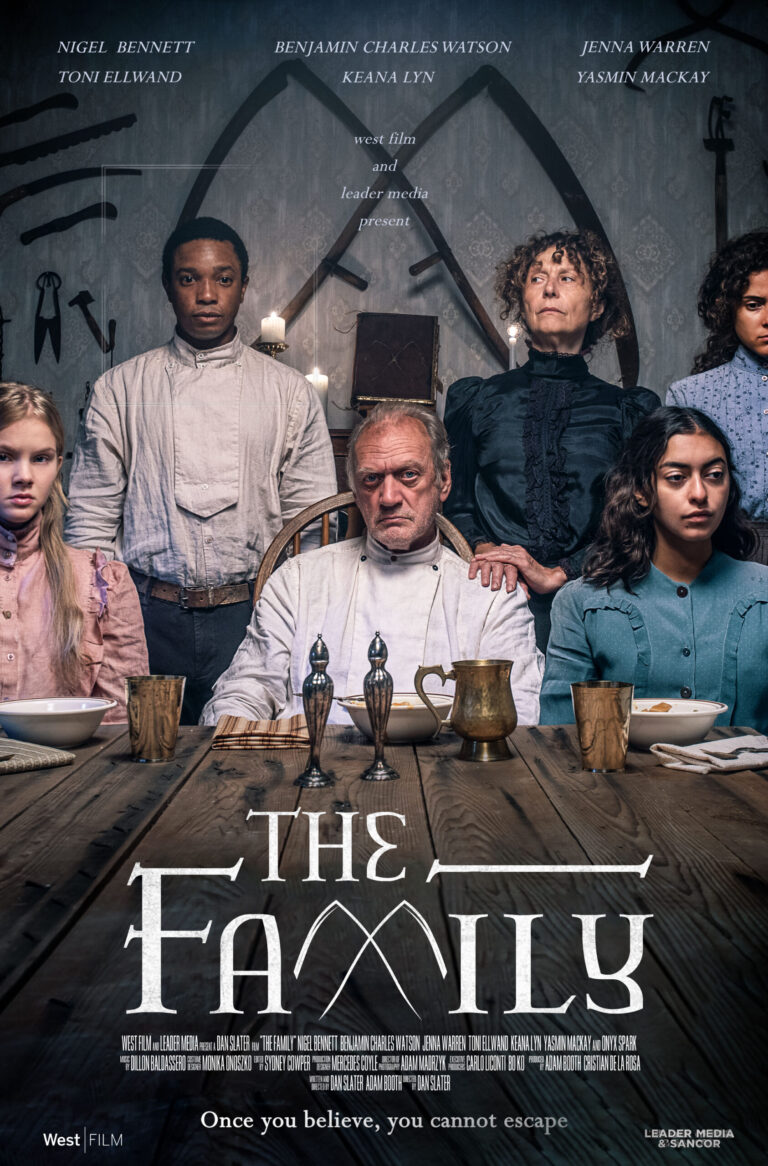 They lead a pious life, in service to their God, Etan, who both blesses and protects the farm that they inhabit. The boundaries of their land are clearly marked by a circle of animal bones and certain death waits any who cross to the wasteland beyond.

Father also doubles as Etan’s High Priest, instructing the children in how best to serve him and dealing out punishment for their sins. Atonement starts at missing super for the evening and frequently involves beatings. Far more severe treatment is warranted for frequent transgressors, Etan doesn’t seem big on mercy.

Whilst they may not be a ‘Happy’ Family, they are certainly content with their lot. That is until newcomer Mary (Keana Lyn – The Hardy Boys, The Yard) arrives and interrupts the Family dynamic.

Introduced by Father as a future bride for Caleb, the mysteries of her origin, combined with the beguiling effect she has on the male members of the family, results in an ever-growing wedge being driven between members of the group.

As the children become ever more rebellious, the puritanical parents strive to tighten their tyrannical grip…culminating in a generational confrontation of Biblical proportions.

Although the viewer is never given an exact year the film is set, the visual ascetics bring to mind the sublime 16th Century setting brought to life in The Witch (2015), and the dialogue is peppered with plenty of ‘Thees’ and ‘Thous’ for good measure. However, the inclusion of electric lighting suggests a more modern or perhaps even post-apocalyptic setting.

The performance of the cast is excellent; raising what could have easily been a mediocre film, to something far superior. The interactions between different family members raise the slow building tension with each interaction and changes in relationships of individual characters, not just between parents and children, but between Father and Mother and the individual children, keep the viewer guessing as to where the eventual breaking point will lead.

This is definitely a film for those who prefer dialogue and tension build up to non-stop shocks and action. The ever escalating punishments should keep the easily distracted on point though and the final confrontation, when it comes, does not disappoint.

Deeply Disturbing Cult Tale, THE FAMILY, To Have Its World Premiere At The Busan International Film Festival