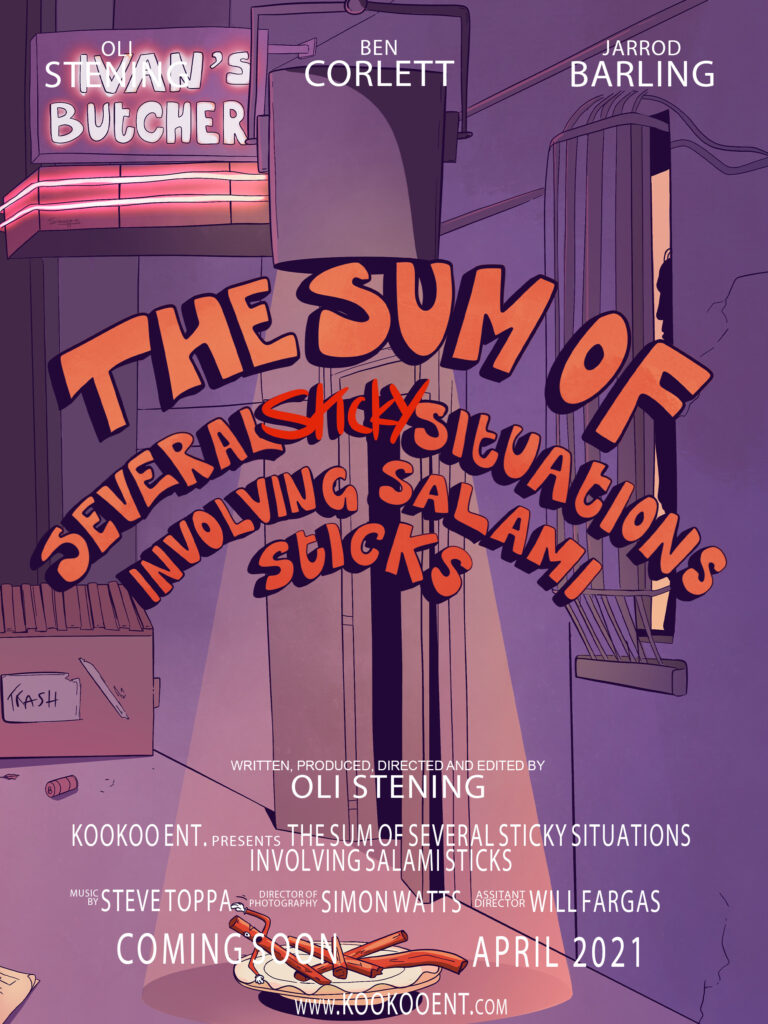 Reviewing this ‘Award Winning’ short (it won a Platinum Award for ‘Best Actor in Dark Comedy’ & the March Award for ‘Best Comedy/Dramedy short’ at the Hollywood Boulevard Film Festival) is difficult, to say the least, mainly because at times it is hard to tell what is going on!

The basic story-line (if it can be called that) revolves around the character of Ivan the Butcher (played by Writer and Director, Oli Steyning), who undergoes a quest to seek revenge after his favourite customer is robbed of his prized salami sticks.

As well as the crazed butcher, other characters who make an appearance during the shorts 21 minute run time include a clueless cop, a confused vegan, a couple of stoners and a TV lawyer that makes ‘Better Call Saul’ (2015-present) Saul Goodman look like Perry Mason (1957-66).

All the characters here are played as over-the-top as possible and each attempts to chew more scenery than the last. Having said that, the classic stereotypes are probably the easiest thing to grasp in this mess.

The overall style of the short is hard to describe but is almost as if the film makers watched the ‘Hilary Briss’ segments from ‘The League of Gentlemen’ (1999-2007) and thought: this would be much better if it had been made by the ‘Monty Python’ (1969-74) team…while they were on acid.

If this sounds like your brand of humour then you should definitely check out ‘The Sum of Several Sticky Situations involving Salami Sticks’. Everyone else will be left scratching their head, wondering what the hell they’ve just watched.