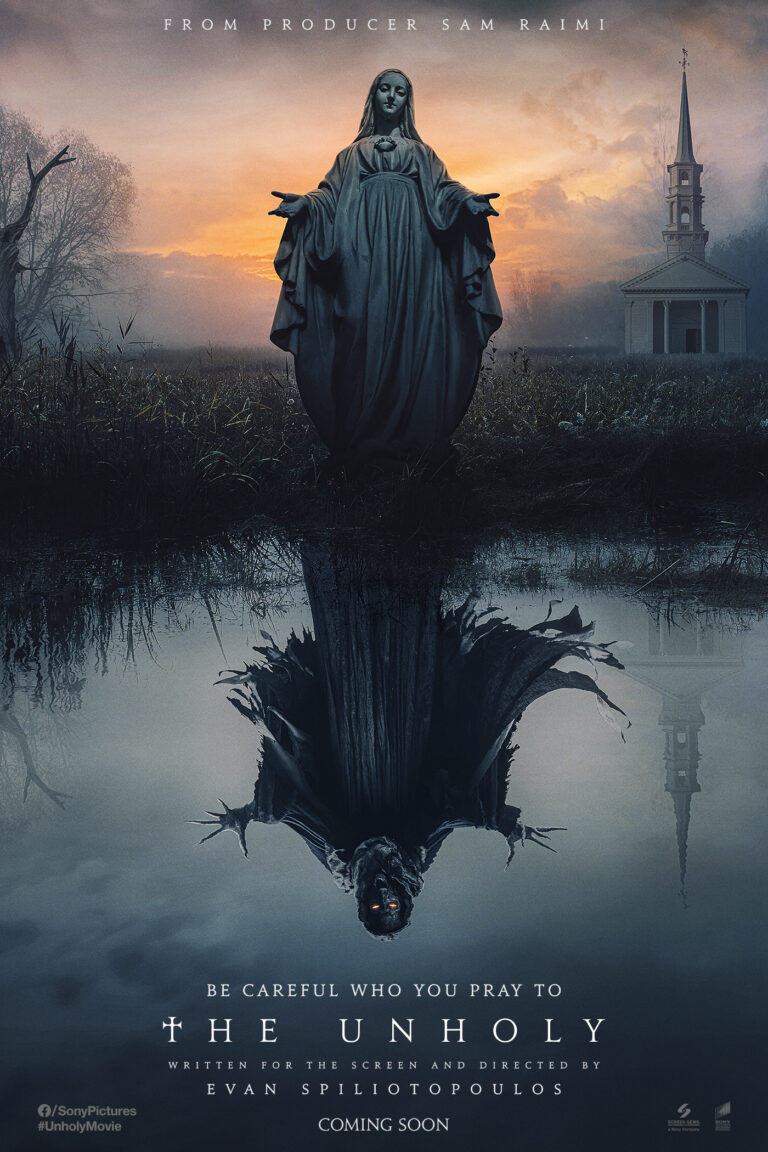 When a hearing-impaired girl named, Alice is visited by the Virgin Mary and is miraculously able to hear, speak and cure others of their ailments, the small town where she lives is descended upon by hundreds of people desperate for miracles of their own, but is something more sinister at work?

Based on James Herbert’s English horror novel ‘Shrine’, I was curious to see how this would translate to America.  Jeffrey Dean Morgan plays disgraced journalist, Gerry Fenn, who happens across the story of a lifetime and is backed-up by the wonderful William Sadler and the often-ropey Cary Elwes, in this so-so Sam Raimi produced religious horror movie.

Released in the US in time for Easter weekend and with a strong marketing campaign, we had to wait a bit longer for the film to appear in UK cinemas due to COVID-19, which likely prevented it from being seen by a larger audience.

The film’s setting and Gerry Fenn’s background reminded me of the excellent ‘The Mothman Prophecies’ and the design of Mary reminded me of Matilda Dixon a.k.a The Tooth Fairy from Jonathan Liebesman’s underrated popcorn fright flick ‘Darkness Falls’, but the similarities between either movie end there.  Despite (I’m sure) the best efforts and intentions of all involved, the slowly paced film lacked the mystery of the former and the frenetic energy of the latter.

Mary is a good villain and some of the effects work is exemplary, but she is overused in cheap jump scares to the point she is no longer effective.  There are a few flourishes of originality to be found here, especially in the film’s opening sequence, but it’s ultimately destined to become a gloomy Sunday evening film on TV, the kind Channel 5 repeat ad nauseum.

The Unholy is not the best film I’ve ever seen, but it’s by no means the worst either.  It’s definitely middle of the road fare.  Another alright timewaster for anyone desperate for something new.