An Interview with Blair Erickson 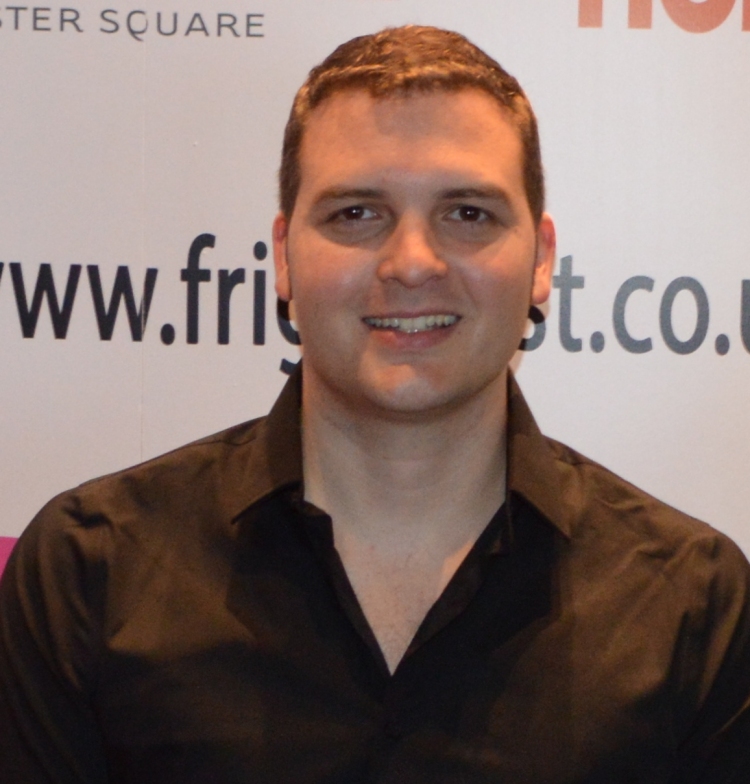 Blair Erickson is the writer and
director of the sensational new horror film The Banshee Chapter. Telling
the story of a young journalist’s investigations into the disappearance of
a friend the film is a terrifying exploration into illegal experimentation
and the horrific consequences that follow.

Firstly, congratulations on
the film. I wondered where the original idea for The Banshee Chapter came
from? Was it through research into the experiments or did that element
come later?
Yeah, it was actually through reading. I was looking into MK-Ultra, the
numbers stations and dimethyltryptamine, all this stuff that was
intriguing me. When I first started thinking about this story it was right
in the middle of the Bush administration and all this stuff about the NSA
was coming out about spying and so on. I was riveted by the idea that
after the MK-Ultra project no-one went to jail and no-one was prosecuted
and that this was something from our past that was still coming back to
haunt us. That was really the genesis of the story.

Were you tempted at all to
have a shadowy agency more to the forefront of the film?
Actually in the original draft there was but we found that people thought
that was a bridge too far. We found that it was better in the background
as otherwise people thought it was too political and too obvious. In some
ways its best that it went in that direction as it leaves the audience to
think about it for themselves and in this film I really wanted them to ask
questions.

Where did the main influences
for The Banshee Chapter come from? There are elements of paranoia horror
from the 1970’s and 1980’s and then there are psychological twists, and
then more traditional jump cuts?
There were so many that it’s so hard to pinpoint. There are films like
Jacob’s Ladder and Candyman, and then the films of David Lynch. You’re
working in this weird realm and it’s really a bit of an experimental film.
I felt that tonally it was cryptic and creepy but that if you really
looked into it there is a coherent narrative. I know that works for some
people and not for others.

Where did the inspiration for
the Blackburn character originate? There are some obvious
references.
He’s an amalgamation of three counter culture figures. The life story is
based in Ken Kesey who himself was actually a victim of the MK-Ultra
experiments and was the one who brought LSD to the masses after being
released. He was both mental patient and brilliant writer. Then there was
the more familiar reputation of Hunter S. Thompson who is so infamous and
such a brilliant writer that it made sense to have that persona in there.
Finally there was Timothy Leary for his clashes with government systems
and so on.

There are many scary moments
but more than that is this overwhelming feeling of dread throughout. Was
this psychological element more important in some respects that just
having the scares?
I think that the psychological dread was very important as this is an idea
driven story rather than a character driven one. It’s been referred to as
a haunted house tale of American culture in that this isn’t a ghost or an
alien but it’s something different and more of a metaphor for all the
stuff we’ve gotten into. I wanted the audience to be asking the same
questions as the characters and to be in their shoes feeling that anxiety
and fear.

How important was it to make
sure the film retained some basis in reality, almost adding extra
credibility to the story?
That was absolutely important and I was certain that there was going to be
no title card announcing that this was based on a true story. So many
horror films have that and then the audience looks it up and finds it’s
just bullshit. With Banshee Chapter I wanted to flip that so that most of
what you see is based in some truth and that people would find that for
themselves rather than have it rammed down their throats. I felt that that
was the definitely the way to go.

You’ve assembled a terrific
cast. How was it working with Ted Levine and Katia Winter?
They’re both so different but they worked so well together. We’re a really
low budget film so we knew we had to shoot fast and relentlessly. There
would be a lot of night shoots and we really needed to get it on the first
take. There were all these challenges and we needed actors who could bring
it. Finding Katia was tough as ther’s not a lot of actresses who could do
what she did and we got really lucky. It was great as she knew and
understood the character instantly and really just got it right away. Ted
Levine was something of a no brainer. His was the number one name on the
list so we sent him the script and he was in. Ted understood the idea of
the weird dynamic balance we wanted and not many actors could have done
that. It was a real lucky break to get him.

Audiences are becoming so
accustomed to horror these days with Hostel type films on one side and the
Paranormal Activity style franchises on the other so I wondered when did
it occur to you that you had something really frightening on your
hands?
There were two points. The first was when we gave the cast the script for
the scenes where Anne’s in the basement and she realises the footage she’s
watching on the screen happened a few moments before. That scene
absolutely scared the hell out of everyone so I thought that if we could
translate half of that to the screen then we’d have something. The second
was in the distribution process. We gave copies to these companies who had
the film on in the background in their offices and weren’t really watching
it and we came away thinking maybe we’d made more of a thriller than a
scary film. Then we showed it at Frightfest for people who really watched
it and we got the opposite reaction and if it works there then I’m happy.
If you look around the world Frightfest is the festival that sets the
standard.

Found footage as a genre tends
to evoke a negative response in many people. You use the documentary
aspect mixed with archive footage and I wondered how you arrived at the
right balance?
I’ve seen good and bad found footage films and I like to have that tool in
the box. I didn’t want to rely on it solely for the narrative but it gives
you an immediacy sometimes that few other styles can do. There is a really
immersion in the story. It was District 9 that really pioneered the
ability to use the found footage as required. We decided to shoot anything
that was not happening in the present as if it was real and then blend it
all together.

As a first time writer /
director how difficult was it to get your production off the ground and
how did Zachary Quinto come to be involved?
I would love to tell a story about how hard it was but it really wasn’t
(laughs). People were getting into the script right away and the budget
was really, really small. We were at Sundance and we met producer
Christian Arnold-Beutel through my other producer Stephanie Riggs who I’d
gone to college with. From that point getting the finance was pretty quick
but while that was going on we were talking to Zachary and Corey Moosa who
had just been involved with Margin Call where they did a terrific job of
bringing everything together on a small budget. So in the end we had three
production teams which meant we were able to get a really terrific looking
film made. We all went to college together too, Zachary and myself.

What can you tell us of your
upcoming projects?
I just finished the script for my next film with my co-writer Shawn
Depasquale and development is moving forward. It’s a project I’m
incredibly excited to tell because it’s very personal and very powerful.
The film is called In Memory and even though we’re still developing I can
reveal the premise. It tells the story of Jessica King who is a bright,
young and creative college student who has a complicated relationship with
her introspective lifelong friend Daniel. At the end of the summer of 1996
their close bond is developing into something more but Jess is killed
tragically and Daniel is shattered. Decades pass until one snowbound
winter’s night, when Daniel is in his late thirties and Jess shows up at
his house looking exactly as she did the night she died.
That’s how it starts. . It’s an intense, emotional and sometimes
terrifying journey into loss and trying to capture some part of life that
was suddenly gone. Part of the drama is that no one knows how it will turn
out, whether it’s a love story or a horror story until the very end.
As the story begins in 1996 the cinematography style and the even the
narrative itself is a nostalgic throwback to the style reminiscent of
those classic supernatural stories like The Sixth Sense, Ghost and Stir Of
Echoes. I think people will be very surprised by this one. The story is
very close to my heart and I’m glad of the chance to tell it.

“Thank you ever so much for taking part in this interview
Blair.
And we wish you the very best of luck in the future.”