An Interview with Eli Roth & the Cast of Hemlock Grove 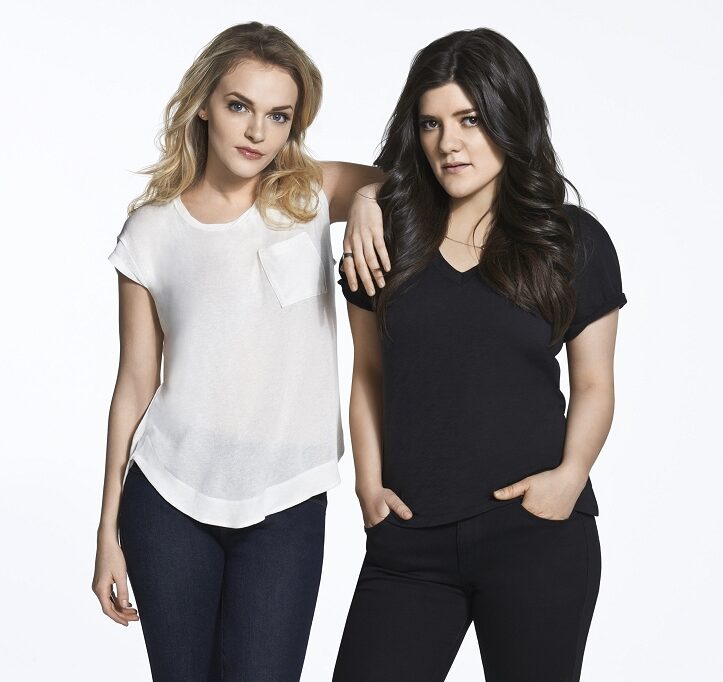 The second season of the hit horror show ‘Hemlock Grove’ is now available in all its full glory over on Netflix UK. And recently Horror Asylum managed to grab some time with two of the shows stars Madeline Brewer and Madeleine Martin who plays Miranda Cates and Shelley Godfrey respectively. And as a special bonus the shows executive producer and all round modern horror legend Eli Roth also piped in.

Madeline, your character in season 2 is one tough cookie but also a graphic novelist. How much did you research the role and are their elements of yourself within Miranda’s psyche?
Madeline Brewer: There are some bits and pieces of Miranda that are similar to myself. I’m no graphic novelist or artist, or even covered in tattoos, but there are some surface elements that are the same. I think as an actor, with any role you’re asked to assume, you need to bring a little of yourself to raise the character from the script to the screen. She’s got all my crazy neuroses and phobias that are underlying though (laughs).

There is an inherent creepiness to the show. Do you think that is the essence of Hemlock Grove and is what sets it apart from other horror television shows?
Eli Roth: When you watch Hemlock Grove you’re not tuning into reality. It’s basically about small town America and anyone who knows those places will understand but it’s just slightly to the right of reality. We also make sure we deal with the supernatural in a very realistic way and the great thing of working with Netflix is that it allows us to have the language and the violence, and to have people react the way they actually would. We’re not making it for a particular teenage audience but for a global one. I love the way that David Lynch approached a murder mystery in Twin Peaks with a great deal of intelligence but also a sense of the bizarre and a strange sense of humour. What’s great about the characters in Hemlock is that when you have ones like Miranda and Shelley, and Roman and Peter, they’re all very funny with a great sense of wit. They’re not unaware of the bizarreness of the situation so they deal with it all in a very realistic way. I also think that the show has a great sense of mystery and fun, a universe where anything can happen, and as long as you stick to those rules and clearly establish those rules it’s a wonderfully fantastic dreamworld to inhabit. This is what really interests me with Hemlock Grove and that’s what we like to do. We don’t think of it in terms of the subject matter, of werewolves or vampires or any of that. What separates the show really is the fantastic cast.

How much of a relief and benefit is it to have the time to develop those character arcs then that a series gives you over a film?
Eli Roth: Chick Eglee (Charles H. Eglee – executive producer) always said to me it was about character, character, character. When I met with him I said I wanted to see Peter changing back in public. He’s so protective of his identity so I wanted to see him being reckless, almost changing as some sort of party trick in front of people just to fuck with them, but Chick said it had to be in a different way. Everything must be in character. When we created Miranda we wanted to have someone who is not really part of this world but gets drawn into it though as a love interest for Roman and Peter. We were so lucky to have Madeline Brewer and Madeleine Martin who I think really brought tough, strong characters who also have vulnerability. It’s amazing to have two world class actresses bringing them to life. That’s what’s so exciting. When you cast actresses like them its inspiring to write for them as there’s nothing they can’t do.

Madeleine, how long does it take to put on the makeup for Shelley and I wondered what your take is on her as a character?
Madeleine Martin: The makeup takes about 3 hours to put on and about an hour to take off. I kind of fell in love with a character that has the innocence of a child but is rejected by society as she’s so horrible looking.

Eli Roth: I just wanted to add that Madeleine is remarkable in how much emotion she can portray under that makeup. It’s one thing to go through it and just walk around in it but with Shelley you have to feel that innocence and isolation. This is a character that has to show a world of emotion with so few words. It’s testament to Madeleine’s acting ability that she can do this despite having most of her face covered in prosthetics.

Do you feel that Hemlock Grove has the potential to continuing developing season after season or do you think that like some shows, such as by design as in Breaking Bad, there is an end point?
Eli Roth:With Breaking Bad there is the terminal cancer so there is that clock ticking away there. What we love about Hemlock Grove is that it’s almost like a portal with all these other dimensions going on. Within The White Tower there are all these levels and sub-levels going on that even Roman doesn’t know about. We wanted to create a mythology that could continue to grow and hopefully it’s a show that will run for many years. What’s really terrific is that the audience is growing in leaps and bounds each week. It’s really down to those fans and hopefully for them it will run for years.

We are into a golden age of television and there seem to be fewer and fewer restrictions all the time. Do you think this is now a time for horror to stake a real claim with shows like Hemlock Grove and The Walking Dead being so popular which might not have been the case 10 years ago?
Eli Roth: I think that’s already happened. People will look back in years from now and say this was the golden age of horror television. With shows like Penny Dreadful, The Strain, American Horror Story and so on it’s amazing. Part of the reason is that networks have gotten less restrictive of the violence you can show, but we also have HBO and Netflix now. If adults are going to have sex then they have sex, and if they’re going to get killed then they get killed. So much of the best people in storytelling have moved from movies to television and I think that audiences expect more now. The best dramatic storytelling is in television and we’re very lucky at Hemlock Grove that we have that writing, such a great cast and the resources that Netflix gives us.

Make sure you catch the ‘Hemlock Grove’: Season 2 on Netflix UK!