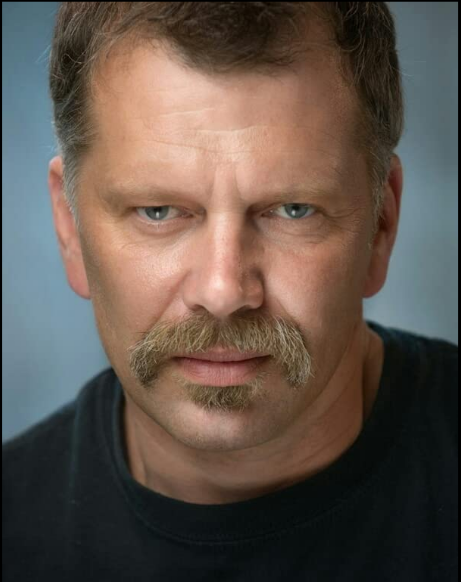 How did you get attached to The Last Slay Ride?

I was attached to The Last Slay Ride project by direct booking. I lucked out and was able to avoid the audition process.

What was your role in The Last Slay Ride?

I play Bob the school janitor who auditions for the student film…a film within a film so to speak.

What is your favorite scene?

My favorite scene in the Last Slay Ride is actually a tie between the opening scene and the Dinner scene at the Mansion Steve Larkin who plays our loan shark in the film is wildly funny.

How would you compare this to other Christmas horror flicks?

I feel like this one stands out when compared to other Christmas Horror films. Slay Ride has a perfect mixture of weirdness, comedy, and a sprinkle of horror, it’s entertaining to watch.

What inspires your creativity?

my creativity comes from the challenge. Arts and entertainment is not easy by any stretch. I love bringing different characters to life in front of the camera.

What is the biggest challenge while making this film?

the biggest challenge to making this film for me would be…making Bob relevant to the story with basically zero dialog…oh and choking down those awful bear claws.

What was your most rewarding moment?

during the private screening of The Last Slay Ride it was really rewarding for me to hear the laughter coming from the audience. let’s me know that I did my job.

What is your favorite horror decade?

Got to go with the 80s for my favorite decade of Horror. Just don’t have the time to name them all.

What is the best piece of advice that you ever received?

Best piece of Industry advice I’ve ever gotten is to stay Humble and learn how to take rejection.

What is next in your career?