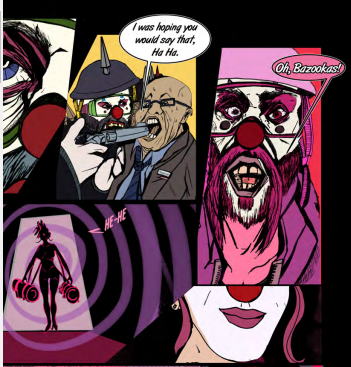 Matthew Martino has partnered with Horror-Asylum for a sneak peak at his new comic, The Legend of the Dark Clown.

The Legend of the Dark Clown chronicles the transformation and rise of a simple birthday clown into a sinister, murderous super villain

Jitters is a recent graduate with high hopes to one day be a birthday clown who entertains kids. When he cannot afford to pay back his student loans from clown college, he takes the only job available to a young inexperienced clown. He embarks on a life of crime when joins the Killer Clown Mafia. It’s blood in and blood out so once he kills for his crew, he has no way to leave without being murdered himself. He makes the decision to take out every evil clown in the entire city and goes on a massive killing spree in hopes to be free to become what he always wanted – a clown who entertains kids. In his desire to live his dream, he creates a nightmare and becomes a legend. He is an evil clown that kills other evil clowns.

Amazon: The Legend of the Dark Clown 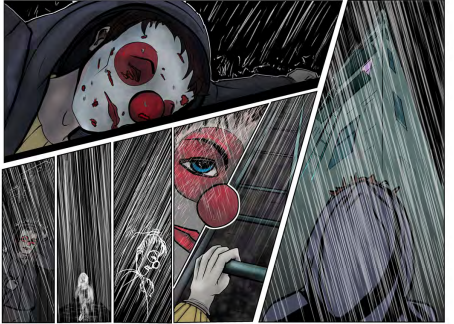 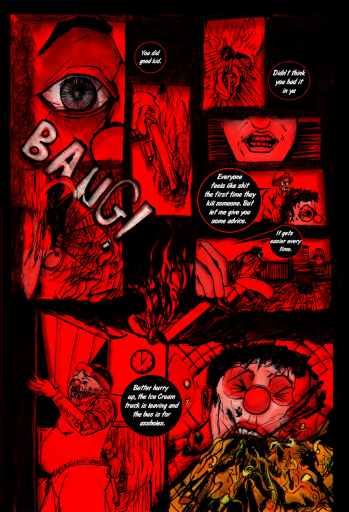