From writer/director Brandon Walker, STAY is a paranormal horror film set against New York City’s fashion milieu. The plot follows Olivia (Ashley Park), a model on the rise who is booking big jobs and taking her YouTube audience along for the ride. Walker blends elements of America’s Next Top Model with Paranormal Activity and comes out on the other side with a unique take on the found footage genre. Made with little more than a cell phone and persistence, we speak with the first-time director about the micro-budget madness of STAY.

HA: What makes the fashion industry a good setting for horror?

BW: There is a very thin line between what is fashionable and what is horrific. The fashion world is fun to maneuver because the stakes are high… it exploits a certain vulnerability in people.

HA: How did this premise develop?

BW: I lived in NYC for several years while working as a photographer. When I first relocated, I literally camped on the floor of my apartment while trying to get my business up and running. That first year in the city was full of optimism, disappointment, and ultimately, new opportunities. The memories of those times definitely informed my choices on STAY.

HA: How did you go from sleeping on the floor to winning an Emmy? 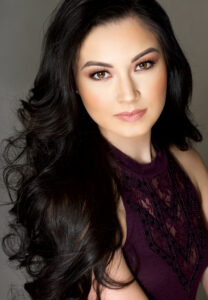 BW: I wrote and developed a TV show based on the fashion industry. Everything I had went into making that series. It was produced on an ultra-low budget and we aired on cable television back when that was nearly impossible to do as a small company.

HA: How did that experience compare to making your first feature film?

BW: The DIY approach felt familiar. I had a similar disposition when it came to making this project.

HA: Is making a film harder than making television?

BW: Narrative projects are harder than documentary style projects. As primarily a writer, I had to teach myself how to edit, run sound, and do almost every job myself. Making STAY required me to part company with ego and accept that this would be an incredibly humbling learning experience.

HA: What can audiences expect from STAY?

BW: This is a different kind of horror movie. We deviated from traditional found footage forms and chose to tell the story as a Vlogger’s diary gone wrong. The movie reveals its underbelly as the tone slips from euphoria to depravity. Once the slide begins, it’s a long way down for the main characters. I also think we delivered some big scares on a small budget.

HA: What can you tell us about the actors in the film?

I wanted an actress that could play the leading role and give the project maximum flexibility in terms of scheduling. My producing partner Ashley Park was ideal casting due to her beauty background and acting experience. When it came to casting the male lead, we were lucky to find Jesse LeNoir (Project Runway). He was one of the first actors we met for the part of Julian, and his humor and improvisational skills were well suited for our low-tech production style. The role of Mia was the last to be cast and we had an instant connection with Dre Davis (Pretty Little Liars). Her quirky style and network television experience completed the casting puzzle.

HA: Exactly how low-tech was your approach to this film? 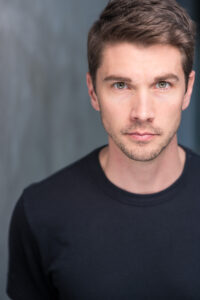 BW: Very. Instead of waiting for more money or better timing, I took the resources that were on hand and started making a movie. This was exhilarating, impossible and exhausting. I can’t say that it was easy, but I would certainly recommend this process to anyone who wants to understand filmmaking. The knowledge gained on this project has become the blueprint for a method of moviemaking that has real potential in the micro-horror space. Our new company Ghost Machine Pictures was launched on the momentum generated by this project.

HA: What are your plans for distribution?

BW: The film will be available on Amazon Prime this March. We also plan to do a physical media release later this year. I’m eager to produce several special features with micro-budget filmmakers in mind. I believe strongly that if you want to make a film, you should start where you are, use what you have, and do all you can.