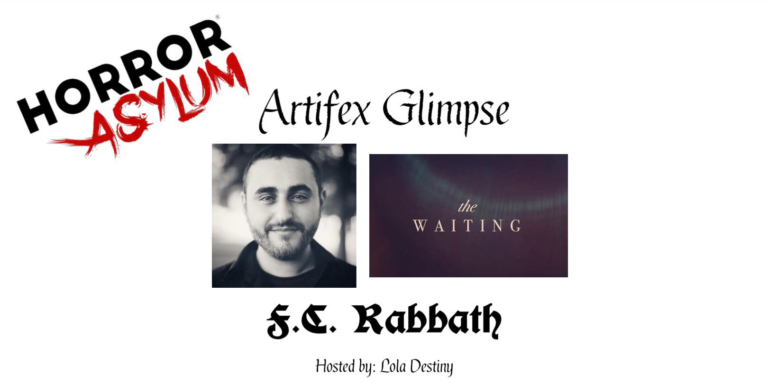 After viewing any type of film, my brain immediately wants to pick every aspect from beginning to end apart. In all honesty, it is a very difficult task for any film to blow me away- let alone make me want to view it multiple times.

You can read my main review of “The Waiting” here.

Yet F.C. Rabbath’s 2020 independant film “The Waiting”, did just exactly that. It got me thinking so much that I decided to reach out to the creator himself- to get a NEVER before discussed perspective on the film.

“F.C. Rabbath is an American film/commercial director. Rabbath is also an inventor, author, comedian, former journalist (AP winner) and entrepreneur. Rabbath has lived in several countries before the age of 16 due to his father’s work, exposing him to several different cultures. Later Rabbath moved to the United States in 2003, where he continued filmmaking there.”

He has many  impressive attainments to his resume. The thirty-five year old certainly has quite the reputation and intellect, which shines a spotlight on his way of filmmaking.

FC: This film is basically an allegory for long distance relationships. Talking to someone who’s not there via phone/FaceTime and the horror of ‘waiting’ to see them again. “Dating is a horror movie”. I think we have such a horrible dating culture now, and wanting to give my commentary. Homage to older films like the shinning. And add a modern twist to it.

2.) Lola:  You have a background in comedy, and I got immediately reminded of films like 50 First Dates, Ghost, even reminiscent of Ryan Reynolds early work. Who were your inspirations?

FC: M. Knight’s early films use a lot of comedy, I really love how he disguises his work. Romance films don’t sell anymore, and I wondered “how can I sell this film to get horror buffs interested?”.
Comedy is like a weapon, that can make or break you. It can offend and destroy careers. Like a Japanese chef preparing a poisoned puffer fish. You need to cut only the non-poisonous part.
I didn’t want to focus too much on one genre. You want to make the audience care about the film and not make the same movie as everyone else. The film touches on the importance of patience, instead of moving fast like this day and age.

3.) Lola: Were you at all nervous in post production while creating the final product? Nervous about peoples occasionally messed up perceptions?

FC: It’s always scary when you’re done filming. You never know how the audience is gonna react. – Audience – Reviewers – Festivals.
They all want different things. I’m an engineer by trade. I want to reverse engineer films then add my own thing to it, wanted to understand what makes everyone happy. I used basic elements to use / proved successful to recreate then add something new that is personal to myself.

F.C. Rabbath sees filmmaking in such a unique light, and I was absolutely fascinated with his “formula” for cinematics.  I’m incredibly exicted for this series so that I can bring perspective’s- like F.C. Rabbath’s to those who love film like I do.