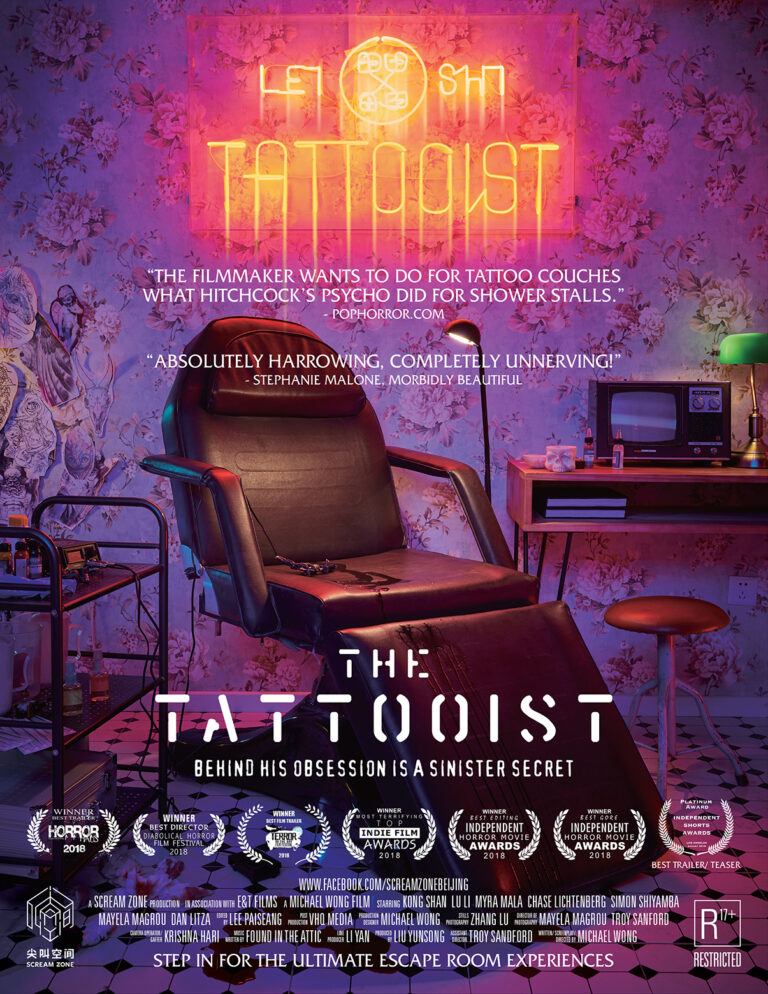 This 80 second horror trailer starts in dreamy hypercolour, reminiscent of Kar-Wai Wong’s In The Mood for Love, in a rose-pink neon tattoo parlour. There’s a close up of a female customer (Lu Li) in a glamourous platinum blonde bob, relaxing while getting a back tattoo of a beautiful masquerade reveller.
This static scene then flashes to a rapid Hostel-esque montage of underground torture,
shot apparently in a Beijing escape room. Victims await their fate, yelling for help behind bars, chained to pipes, and trapped in an iron cage as well as laid out on an autopsy table. The explicit gore ceases in the final scene, with a flashback to Li’s blonde in her pink parlour. She’s now motionless and sprawled facedown, a syringe of (presumably something fatal) across her new tattoo.
There’s an original approach in the non-standard horror music, using quirky, upbeat jazz rather than the normal overtones of doom, and the bright opening lighting is a refreshing change from the usual murky, ambient genre gloom.
Malaysian indie film director-producer Michael Wong has packed a great deal into this microhorrror, and the original new take bodes well for the – hopefully – following feature version of The Tattooist.
80%
80%