Nucleus Films will leave audiences terrified this June as they give Blood Of The Vampire its UK Blu-ray premiere.

HE BEGINS WHERE DRACULA LEFT OFF!

Legendary actor Sir Donald Wolfit (Svengali, Room at the Top, Becket) joins British horror queen Barbara Shelley (Village of the Damned, Dracula Prince of Darkness, Quatermass and the Pit) in a lurid tale of ghastly experiments in a Transylvanian prison. Despite being staked as a vampire, the sadistic Dr Callistratus has become governor and is now using prisoners for the blood transfusions that keep him alive…

Produced by Robert S Baker & Monty Berman (Jack the Ripper, The Hellfire Club, The Saint), directed by Henry Cass (No Place for Jennifer, Castle in the Air, Happy Deathday) and written by notorious Hammer scribe Jimmy Sangster (The Curse of Frankenstein, Dracula, The Mummy), this long-awaited UK Blu-ray premiere has been remastered from original vault elements and is packed with bonus features.

Also starring Vincent Ball (The Black Rider, A Town Like Alice, Summer of the Seventeenth Doll), Victor Maddern (I’m All Right Jack, Circus of Fear, The Lost Continent), John Le Mesurier (The Hound of the Baskervilles, Eye of the Devil, Dad’s Army) and Bernard Bresslaw (The Ugly Duckling, Too Many Crooks, Carry On Screaming!)…

Dare you step inside the terrible place Callistratus calls “my other laboratory”? 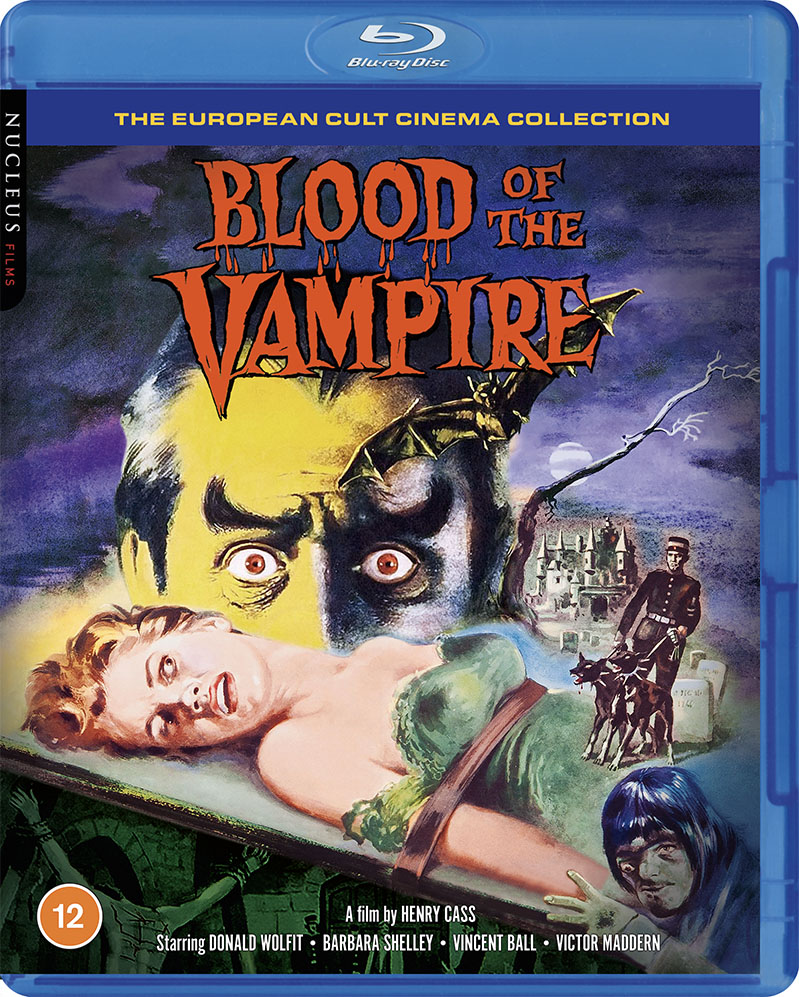 Blood Of The Vampire is scheduled to be released by Nucleus Films on 13th June 2022 and is up for pre-order now:

For more information on Nucleus Films and their releases head to their website: