Craig Railsback’s “Down and Out in Vampire Hills” Will Premiere at the Culver City Film Festival on Saturday, December 3 at 4:00 PM 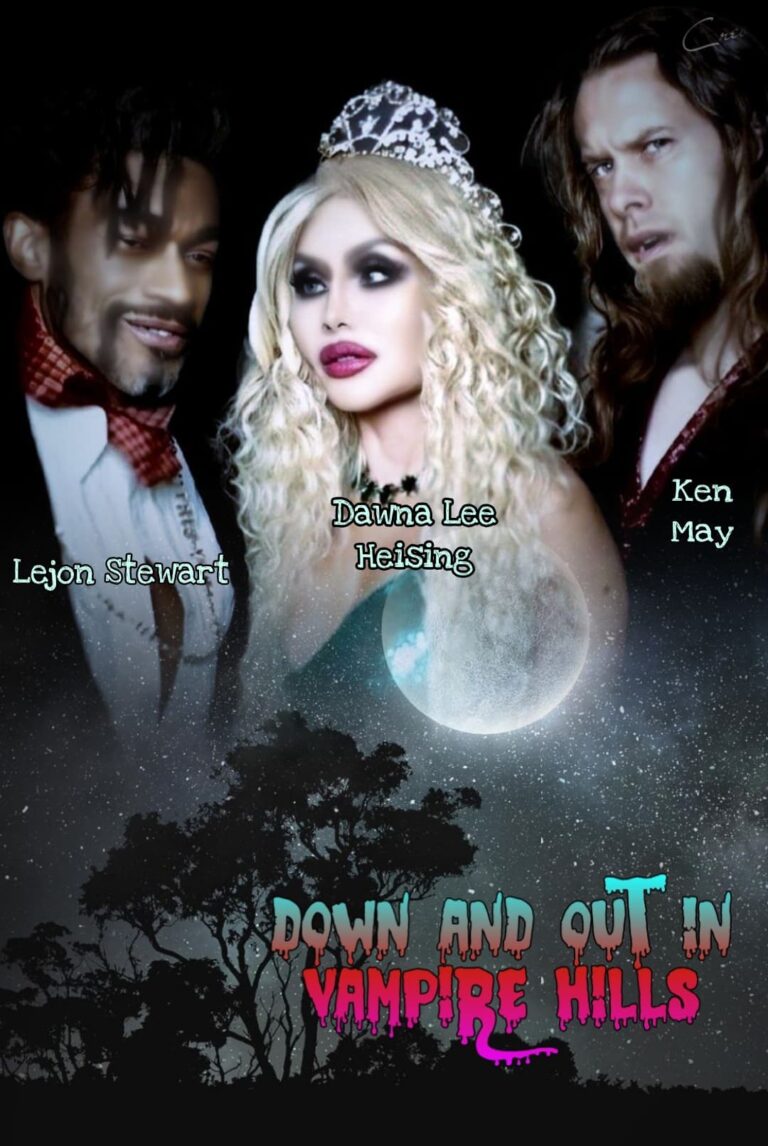 The Horror Comedy Stars Dawna Lee Heising and Ken May and the Original Score by Dr. Renah Wolzinger and Keith Wolzinger Is in Consideration for a Grammy Award

“Down and Out in Vampire Hills” is a horror comedy short film, written by Dr. Heather Joseph-Witham (Vampires in the Big Easy), and directed and edited by Craig Railsback (Rush: The Director’s Cut, Dark Classics). The original soundtrack is composed by Dr. Renah Wolzinger (Eye on Entertainment, Vampires in the Big Easy) of Renzone Music Studios and Keith Wolzinger. Renah is a Voting Member of the Grammy Recording Academy and composed and recorded an original theme song for the film called “Dancing in the Moonlight.” The soundtrack for “Down and Out in Vampire Hills” is now being streamed on more than 200 channels, including those listed at this link:
https://hearnow.com/settings/fralb02879289#nt_base_menu

The film is produced by Dawna Lee Heising, Heather Joseph-Witham, Renah Wolzinger, Craig Railsback, Sean Glumace, and Joseph Williamson. The cinematographers are Craig Railsback and Vito Trabucco, and the assistant director is Liam Railsback. Keith Wolzinger is the assistant editor for music. Sound is by Jim Dunlap and Liam Railsback. Set photographers are Sean Glumace and Dan Kennedy. Aldrich Chico is the makeup special effects artist. The poster is by Gaz Jackson, and the publicity special advisor is James Neal Broadus. Please check out the “Down and Out in Vampire Hills” trailer at:
https://youtu.be/qm_Ihz2n40g

The Story:
Vampires are at the top of the food chain. They are glamorous, seductive, elegant, and magnetic. They can also be old, out of touch and a tad eccentric. What does a vampire have to do to survive in the 21st century? Seriously, do vampires have to get jobs? How else to pay the rent? Houselessness and bloodsucking collide in this tale and the question that is asked is: Are vampires predators or prey? Even vampires can be down and out in a time when no one knows who is eating whom. On the other hand, if a vampire has a pair of cute boots, she may be able to handle anything.