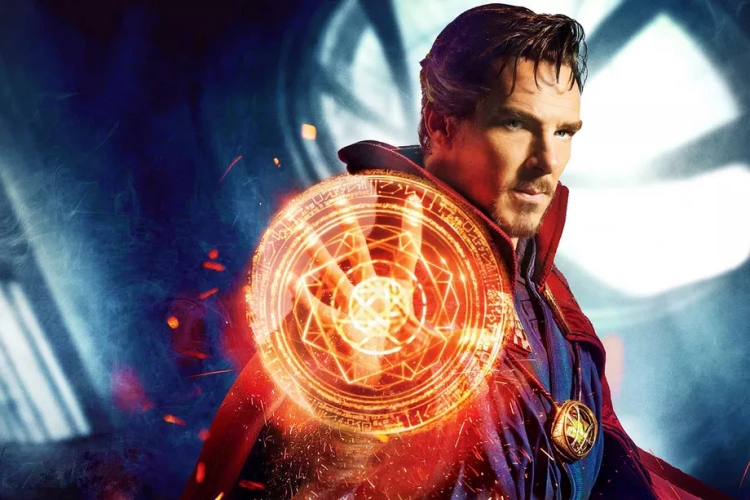 When you see the name ‘Marvel’ attached to a movie project, you can be reasonably sure of what you’re going to get from watching it. Superheroes with larger-than-life powers are a given. There will probably be plenty of one-line jokes, action sequences that cost millions of dollars to make, cutting-edge CGI animations, and at least one or two scenes which are intended to lead onto further spin-off movies. Marvel’s films might be formulaic, but we can’t deny they’re entertaining. They’ve just never been to our tastes; until perhaps now.

Those of you who were under the impression that the story of the Avengers was over and done after the record-breaking ‘Avengers: Endgame’ movie that’s still airing in cinemas now months after its initial release are very much mistaken. Several of the cast of characters who appear in the films will be continuing with their own individual films, and Benedict Cumberbatch is already preparing to get back into costume as Dr. Strange. This isn’t going to be your average Marvel movie, though. If initial entertainment news reports on the film are accurate, it’s going to have both feet firmly planted in the horror genre.

The news that Cumberbatch and his mystical alter-ego would be back on our screens wasn’t entirely unexpected. Marvel hadn’t been subtle about dropping hints prior to Comic-Con, and so it would have been seen as something of a disappointment had the movie not been confirmed. What caught everyone by surprise was the statement by director Scott Derrickson that Marvel wishes to return to the tone of the original comics in this movie – and the comics depicted Dr. Strange as anything but the brooding but slightly jovial magician we’ve seen on the big screen so far. The comic-book Dr. Strange is a damaged soul, and we’ve been told to expect to see plenty of that side of him in the film, which is currently in pre-production under the working title ‘Doctor Strange In The Multiverse Of Madness.’

Doctor Strange won’t be the only member of the established Marvel cast coming back for the film; Elizabeth Olsen is confirmed to appear as Scarlet Witch. It’ll be some time before we get to see either of them in action again, though – the current slated release date for the film is May 7th, 2021. That gives Marvel almost two years to build hype for the film. Keen Marvel fans are advised to keep their eyes on the Disney Plus show ‘Wandavision’ for further developments until then, as the plot of the show is believed to be key in sending Scarlet Witch in Doctor Strange’s direction.

To fully immerse himself in the realm of horror, Doctor Strange will need a suitably horrific villain to pit himself again. Fortunately, the comics have the perfect character for the task – and it’s one we’ve never previously seen on screen in a Marvel film.

When Doctor Strange made his first comic book appearance (Strange Tales #110, for all you collectors), his foe was a character called Nightmare, who lives in a murky ‘Nightmare Realm.’ Nightmare exists within people’s dreams, and tortures them in their sleep. While this doesn’t sound like a uniquely original idea now thanks to the on-screen adventures of Freddy Krueger, Nightmare was created a full twenty years before the first ‘Nightmare on Elm Street’ movie. Director Derrickson has spoken in the past about wanting to include Nightmare in a Doctor Strange film, but held back on including the character in the first film because he felt like establishing Doctor Strange and introducing the concept of the Nightmare Realm at the same time was too much to establish in a single movie.

In the same interview, Derrickson said that his personal interpretation of the Nightmare Realm was that it exists ‘in another dimension.’ Given the proclivities of the recent Marvel films to explore time, space, and other dimensions quite frequently (‘Ant-Man,’ we’re looking at you), using Nightmare this time around may make a lot more sense now the groundwork appears to have been done for him in other films.

Who Wants To See It?

While we must admit that we’re intrigued by the idea of seeing Marvel going down this route, if the reports are accurate, it represents something of a risk on Marvel’s part. There’s a question of whether the audience of Marvel movies is willing to cross over into another genre and watch a horror film. So far, no Marvel movie has been rated higher than PG-13. There’s been no confirmation that a new Doctor Strange film would seek a higher classification, but it’s difficult to see how it could call itself a horror film if it were child-friendly.

There’s also a question of whether horror movie audiences are ready to embrace Marvel. In a lot of ways, the plethora of recent Marvel movies, and superhero movies in general, have been everything that horror fans hate about cinema. If the existing Doctor Strange audience doesn’t take the plunge and pay to see it, there’s no guarantee that horror viewers would be willing to come and plug the hole.

Thirdly, there’s the question of how much longer Marvel can squeeze money from these well-trodden and familiar characters. The last few years for Marvel must have been like running a casino with all the money they’ve printed, but there’s a common piece of knowledge that all mobile slots players hold dear. A good mobile slots player on mobile casino website like AmigoSlots.com knows when to call it a day and get out while the money is good. Mobile slots, by the way, are an apt point of reference – such is the enduring popularity of Marvel that there were once numerous mobile slots games which feature their characters, including The Hulk and Wolverine. When Disney took over Marvel, they didn’t want to be associated with mobile slots or online gaming anymore, and pulled the license. The reels don’t spin anymore, and the slots no longer pay out. Marvel should be careful to ensure that their well-loved characters don’t go the same way as their mobile slots. They’ve already had a stark warning with the failure of ‘Dark Phoenix.’ Once the audience feels the characters are over-exposed, there’s no going back.

Two years is a long time to wait, but we’re crossing our fingers for this to be a great film. If Marvel wants to make a horror movie, we hope they commit to it, and take the idea as far as it can go. If they don’t, the end product will likely be something that’s too dark to be a superhero film, but too soft to be a horror.