The End of the Halloween Movies? 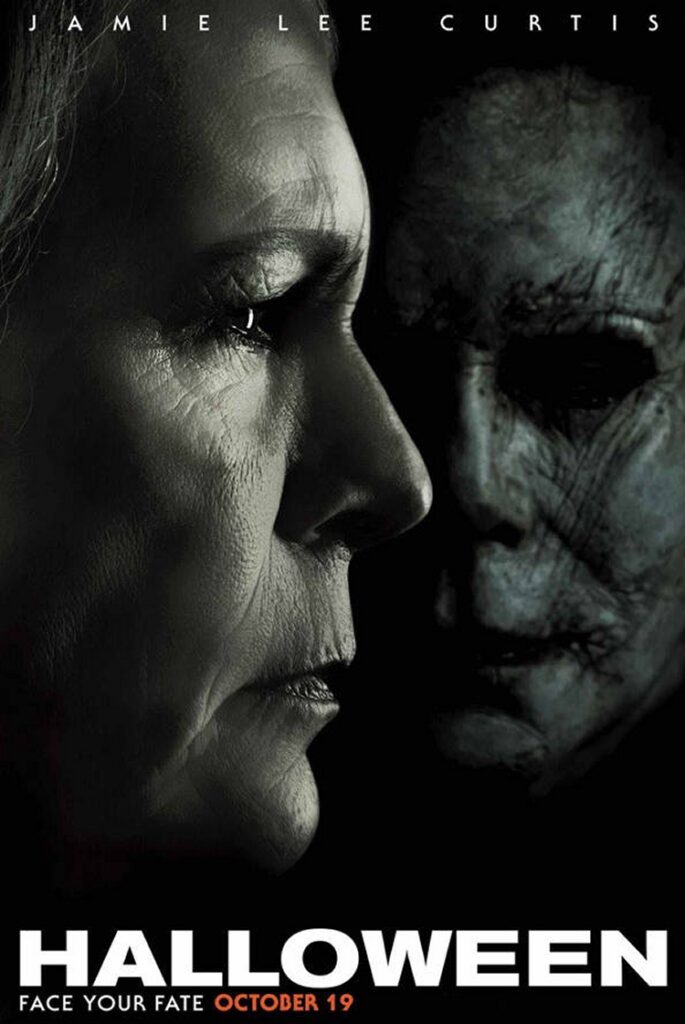 The iconic John Carpenter Halloween movies have been around for longer than most people reading this article right now. Jamie Lee Curtis first played the role of Laurie Strode in a desperate game of cat and mouse against her brother in 1978, 41 years ago. Since that legendary original movie, there have been countless spinoffs, re-imaginings and linked tales created. Much like Michael Myers himself, it appeared that Halloween was a film franchise that would never die.

Now, with the confirmation that there are a further two Halloween films on their way to us, it seems that we may have a final resolution at last – although we’re going to have to wait another two years to see it.

It’s hard to put into words exactly how big an influence the first Halloween movie has had on the entire horror genre. Almost every ‘hack and slash’ horror movie that has been released since owes at least some of its inspiration to Carpenter’s masterpiece, and Michael Myers is the archetypal plodding human monsters. Without the creation of Michael Myers, there would be no Jason Voorhees, and therefore probably no Friday the 13th films either.

Such is the popularity of the films that a whole industry has grown up around them. You can buy any manner of Halloween merchandise that your heart could desire, from action figures to pillowcases. Gamblers flock to mobile slots websites to play the official Halloween slots casino. Very few movies – especially horror movies – are re-imagined as mobile slots. When they are, they’re usually more mainstream-style movies. Ted has it’s own mobile slots game, for example, as does The Goonies. The crossover appeal of Halloween is enormous.

Given the acclaim that the franchise has received over the years (Empire Magazine considers it to be one of the greatest horror films ever made), it’s easy to understand why the producers, directors, and ultimate owners of the intellectual property have gone to the well again and again to extract more money from it. Even when the sequels haven’t been good, people have still been willing to part with their money to come and see them. With Carpenter now in his 70s, though, it would appear that he’s ready to draw his long-running saga to a final end.

The 2018 version of Halloween was considered to be a return to form for the narrative of the movies. Rather than attempting to deal with the tangled web of stories which had been woven since the original, it simply ignored them. This newer version of Halloween acted as a direct sequel to the first film, and thereby placed all the other sequels in an alternative universe. Because of that, it felt cleaner and tighter, and didn’t come with the baggage of continuity that the previous sequels have tripped over themselves trying to deal with. Curtis in particular was hailed for her performance as an older, haunted version of Laurie Strode.

It seemed inevitable that a sequel would be announced, and now it has been. We’re not just getting one sequel, though. We’re getting two, and the titles of the films tell us everything we need to know about what to expect from them. The first one, scheduled for release during October 2020, goes by the title of ‘Halloween Kills.’ You can argue that the name doesn’t tell us anything we don’t already know – and that isn’t the one which interests us.

The second sequel, which will hit cinemas in October 2021, has an air of finality about its name. It’s simply called ‘Halloween Ends.’ Normally we would try not to read too much into a name. With Curtis and Carpenter getting older, though, it’s not hard to connect the dots and come away with the conclusion that the second sequel will be the full stop on the franchise. If that’s the case, we can now begin speculating about what we might see in it.

The story of Halloween, Michael Myers, and Laurie Strode can end one of two ways. The obvious way would be to have Michael Myers meet a final end that he can’t escape. Given his habit of coming back to life from incidents where he clearly appeared to have been killed, this would take some doing. The audience would not only have to see Myers die on film, but also he disposed of in a way that he can’t possibly wake up from. In classic horror-movie gore style, such a plot would probably involve cutting the body up into pieces, or burning it. We think Myers has earned a Viking funeral, given everything he’s done for us as horror movie fans over the years.

The fact remains, though, that this is a horror movie. There’s no guarantee of a happy ending, and there will be a portion of the audience who have no interest in seeing one. That means the other ending might be more likely; Michael Myers wins, and Laurie finally loses the battle against her brother. She dies at the end, and he slowly lumbers away into the moonlight, destined to commit ghoulish crimes for all eternity. Should the producers go with that ending, though, it would leave Myers open to return yet again in the future. ‘Halloween Ends’ therefore wouldn’t make much sense as a title.

We’re not sure which way we’d like to see this go. Michael Myers is a character who’s become a cinematic icon in his own right; we’d hate to see him finally and totally disposed of, but at the same time we think that nothing would stop another producer or director using an alternate-world setting to bring him back in the future. We’ve seen Laurie Strode suffer on the big screen for years, and she’s surely earned to live what’s left of her life in peace. But which one is it going to be?

Finding out the answer to that question will involve exercising the one trait that movie fans hate the most – patience! Right now, two years feels like a lifetime away, but at least we have Halloween Kills to look forward to in the meantime, and who knows? We might even pick up some clues as to where the story is heading by the time the credits roll on next year’s film.