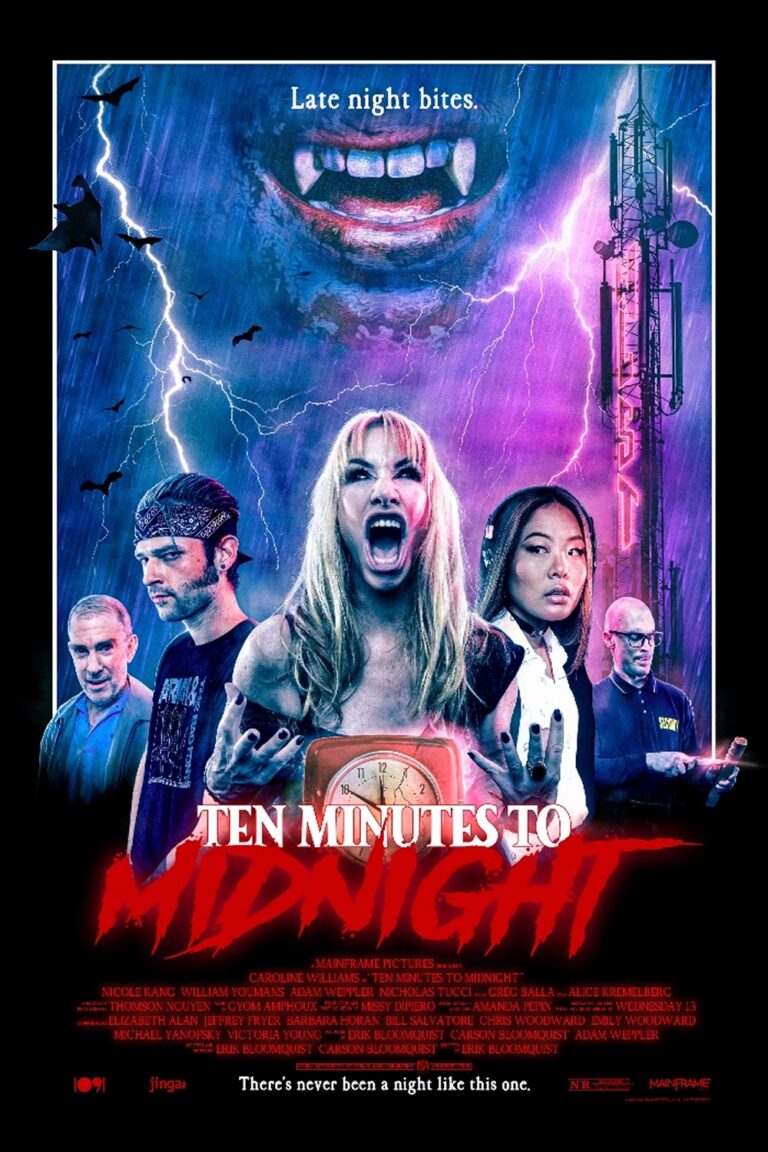 TEN MINUTES TO MIDNIGHT, a vampire flick for the #MeToo era, will hit theaters on September 17th (including drive-ins), Virtual Cinema on October 15 and traditional VOD/Digital on January 19, 2021 from 1091 Pictures.

In Ten Minutes to Midnight, Caroline Williams returns to the DJ booth for the first time since her star-making turn as Stretch in 1986’s The Texas Chainsaw Massacre 2. Williams plays Amy Marlowe, a veteran late night radio host on the eve of forced retirement trapped inside the station by a violent storm after being bitten by a rabid bat. The film draws inspiration from classic horror tales brought to life by Stephen King, The Twilight Zone, and other forgotten late night horror anthology programs.

Erik Bloomquist (Long Lost) directed from a screenplay co-written with Carson Bloomquist. Adam Weppler, who also appears in the film, produced with the brothers for Mainframe Pictures. The film also stars Nicole Kang (Batwoman), Alice Kremelberg (Orange is the New Black), and late genre-favorite Nicholas Tucci (You’re Next) in one of his final performances.

“The team is so enthused to have found a home with 1091 Pictures,” said the Bloomquists. “Ten Minutes to Midnight is our take on phantasmagoric chamber cinema. A movie with bombastic genre flourishes that also meditates on the kaleidoscopic nature of time. 1091’s eclectic and thoughtful filmography is welcome company, and we’re excited to be guided by their contemporary filmmaker-forward distribution principles.