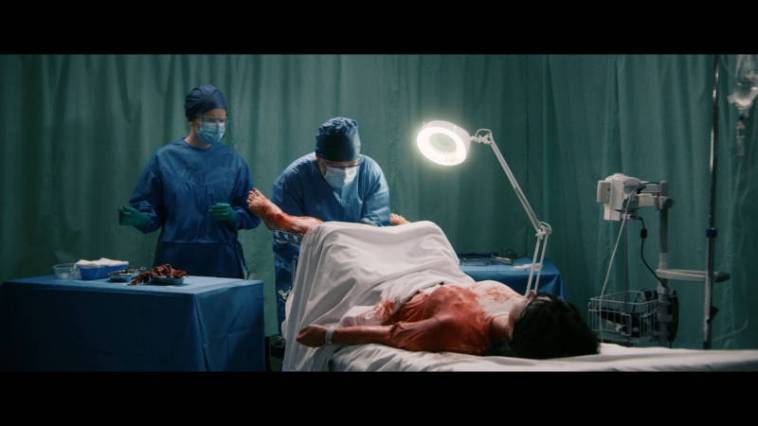 ‘Surrogate’ a paranormal horror starring Kestie Morassi (Wolf Creek) and Jane Badler (TV series ‘V’) is the frightening story of Natalie Paxton, a single mother and nurse, who falls mysteriously ill and struggles to stop her family from being destroyed.

“I was looking to do another horror film but hadn’t found the right project until I read ‘Surrogate’ and was really impressed with how well it was written” says Morassi.

‘Surrogate’ is written by Beth King and David Willing, in his feature directorial debut.

“My favourite horror films are great pieces of drama then add the scares, such as Ring, The Others and The Exorcist, all which influenced Surrogate” says Willing.

Co-Writer King continues “The 4th draft performed really well in script competitions, we wrote 3 more drafts before production, taking the story to a much scarier and darker place.”

The quality of screenplay attracted an impressive cast including Morassi, returning to the genre that launched her career, Jane Badler and Louise Siversen (Prisoner, Miss Fisher’s Murder Mysteries).

“I really wanted to stop reading the screenplay as it was so scary but I just had to be in it” said Badler.

The production also unearthed 3 child stars in the making, Taysha Furragia – playing Morassi’s daughter, Ellie Stewart, a girl with a dangerous gift and Ellie Tevelis, all blowing the cast and crew away with their talents.

Cinematographer Ben Luck and Production Designer Bianca Milani developed a visual style for ‘Surrogate’ that is both striking and frightening.

Renee Schulz created the Special Effects Make Up, including the stomach churning ‘Blood Rush’ scene – which made a crew member physically ill on set.

Surrogate was filmed on a modest budget of 2 million dollars, but presents and feels on screen like a massive studio backed horror – audiences can expect a massive production value.

Director Willing says “fans of horror and cinema alike can expect an exciting and terrifying ghost story with an intriguing mystery and plenty of scares in 90 minutes!” 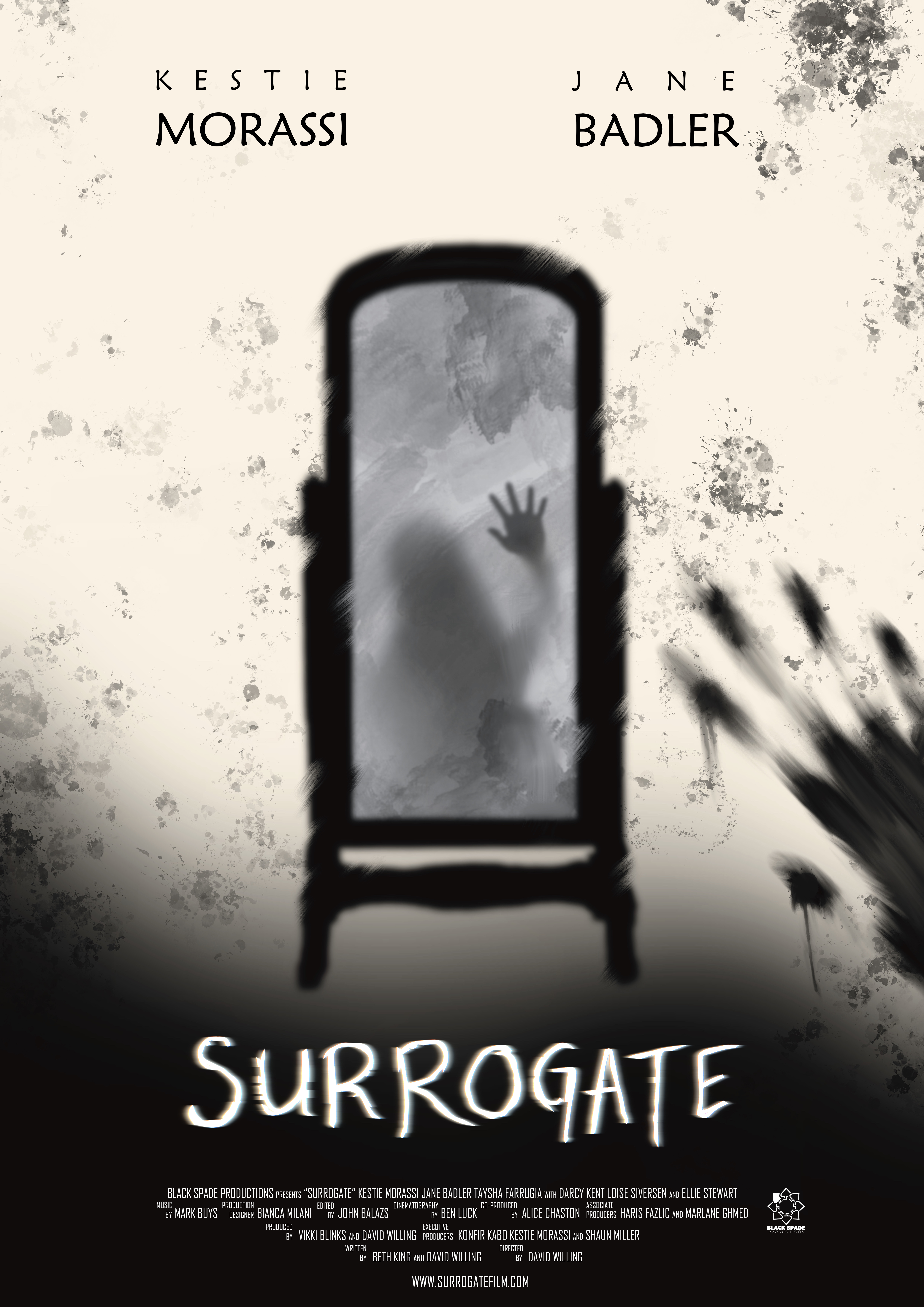 ‘Surrogate’ is now complete and will be hitting theatres and home release in 2022.