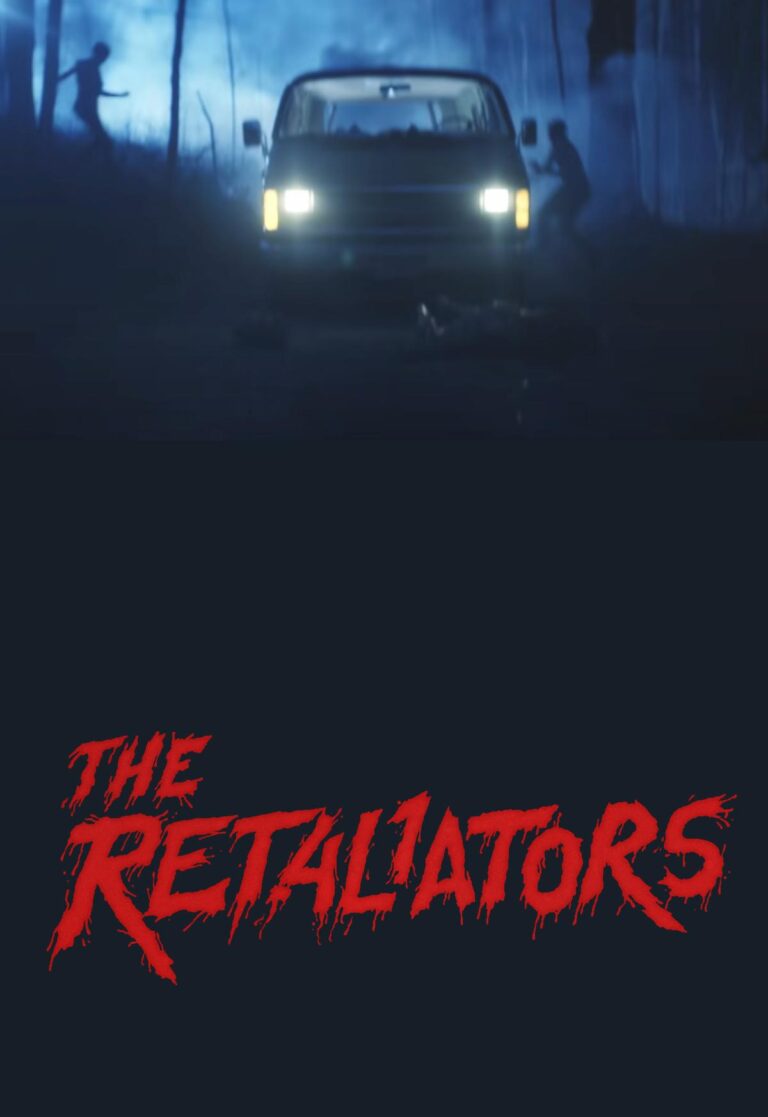 If you get a creepy backwoods voiceover on the nature of evil over drone footage of an isolated forest, a jumpscare of a bloodstained face, and a body being dumped down a well in the opening two minutes, then you’re in classic “Wrong Turn” horror territory. This is followed with two female characters turning into a sideroad marked “Slaughterhouse” while travelling through said forest. The gals’ van breaks down, a lot of fog rolls in from nowhere and in the resulting confusion, one of them is dragged away by the obligatory inbred local.

Meanwhile, over Christmas, local teen Sarah Bishop (Katie Kelly) is being taken to church by her over-protective preacher father called Bishop (Michael Lombardi). The family has a showdown with a local aggressive hick over buying a Christmas tree, which the pastor backs down from.

On her way to a festive party, Sarah is chased by a killer and murdered, leading the Pastor to go on a search for her murderer. The killer wakes underground, chained up, and is electrocuted while being forced to answer to the name “Number 21”. Meanwhile, the grieving pastor meets the local detective, Jed (Marc Menchaca) who shows him the trapped killer and gives him the chance to get revenge for his daughter’s death. With nods to ‘70s gore and old-school toxic masculinity, Jed offers: “no cameras, no witnesses, no consequences…”

When Bishop refuses to torture Number 21, Jed chains him in the underground room with all the other killers who are being kept in an underground cage. In a quietly-chilling moment, Bishop is introduced to one who can hardly speak, as Jed explains: “Drano wreaks havoc on the vocal cords”.

The pastor attempts to escape, and some gangsters turn up and ask quite accurately: “What kinda backwoods bullshit is this?”. After a Bruce-Campbell-esque fight scene when the killers escape, now resembling zombies and credited merely as “Subhuman”, the pastor finally takes on his daughter’s killer. Directors Samuel Gonzalez Jr and Bridget Smith don’t fight shy of a good Dutch angle cliché any more than writers Darren Geare and Jeff Allen Geare are worried by a goofy horror comedy theme, but it’s still a fun watch and deserves its FrightFest screening.

Watch for the final scene of the gorily-entertaining revenge Bishop takes on Number 21 in a neat reversal of the opening Christmas-tree face off scene, accompanied by his ‘80s style one-liner: “Merry ****ing Christmas.”)

ONE CHRISTMAS NIGHT IN A TOY STORE launches Indiegogo campaign to conclude the trilogy!