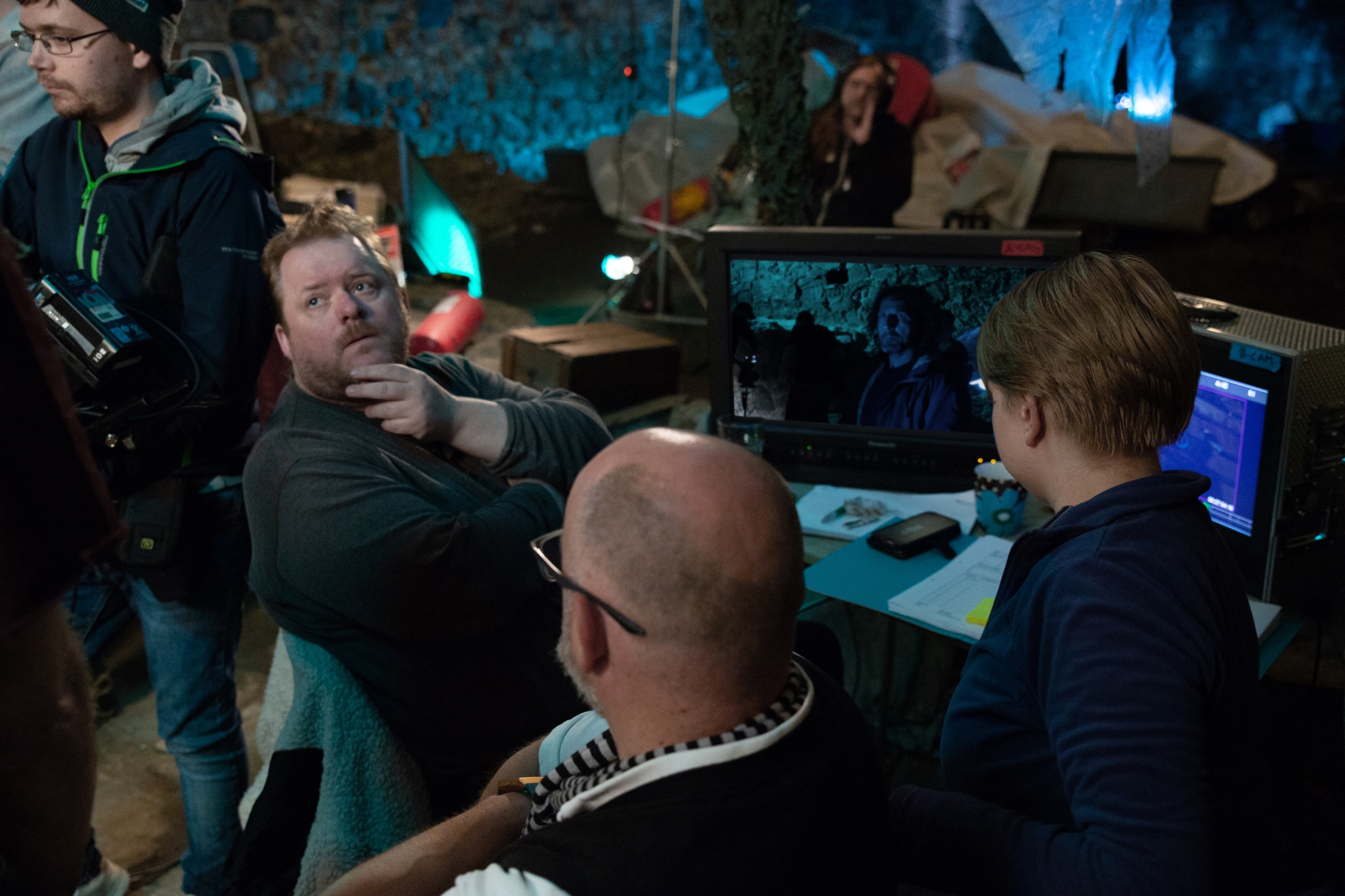 What made you want to get involved in the film industry?

I’ve been interested in films since as long as I can remember. Initially I wanted to be an actor. But, as with many filmmakers from my generation, Star Wars was a huge turning point. I was twelve years old when I watched “Star Wars – The Empire Strikes Back” at the cinema, and that made me realize that it’s not all about the actors, someone is behind that camera creating the illusions. So, then I decided I wanted to become a filmmaker.

Coming from a small village in Norway, there were no film industry, so I borrowed every book about filmmaking that I could find in the library. I did not have access to a camera, so I started writing short stories and draw storyboards.

In 1991 I moved to Bergen, the second largest city in Norway, where I met other film enthusiasts, and I also got access to some equipment. Then I started to make short films. And after a while, as my filmmaking skills got better, I started to direct and produce commercials. For the past 12 years, I´ve also been working as a teacher at a 2-year film school, teaching writing and directing.

From script–to–screen, how close did ENTOMBED come to its original vision?

I would say that it came very close to what I had in mind. I wrote the script with a specific location in mind. And I also had the three actors, Jan, Sigurd and Martine in mind writing the script. Luckily, they all liked the script, and agreed to do it. And we did extensive rehearsals, we rehearsed over a period of several months before shooting started. There are some scenes in Entombed that are very difficult, and we needed to know that the acting was in place before shooting started.

There were however a few elements that I wanted to have in the film, that was cut out. It’s a low budget movie, and we had 14 days to shoot the film. Most of the film takes place in a bunker, and I wanted to give the audience a sense of how the weather was outside. If there was a storm outside, I wanted there to be more water dripping inside of the bunker, and sound of the wind coming through the ventilation system. I just thought that it would make the atmosphere in the bunker more creepy, and also add a sense of realism to the film. But I cut that idea before shooting started because I realized it would take to damn long to shoot. So, I found a simpler solution, with some water dripping in front of the camera in the wide shots, and used sound design to enhance the feeling of water dripping in the bunker throughout the movie. I think it works, even though with more time and resources I would have made more out of it.

I also ended up cutting out a scene in the edit. I was very happy with the scene, but it just gave away too much to the audience, and made the film too predictable.

What was your favorite day on set and why?

I think that would be the first day of shooting. The first day sets the tone for the rest of the shoot. And even though I felt everything was well prepared, you never know how things will turn out. And things usually start a little bit slow, everyone has to find their place.

Basically, I was afraid of two things: That I would start to rush things just to keep up with the schedule, and it all would end up being crap. Or being too much of a perfectionist, and start to work too slow so that we would fall behind schedule. We needed to find a balance. And after the first day, we were on schedule – and I was very happy with what we shot. And the tone for the rest of the shoot was set.

What scene did you enjoy directing the most?

Entombed is an almost zombie-free zombie-film. We don’t see much of the zombies, mostly we hear them, so this is not a traditional zombie-film. But there is one scene were we really see the zombies, and that’s probably the scene I enjoyed directing the most. I have a lot of weird friends, and I cast them as zombies. And the makeup-artists, Trude and Mette, did a terrific job making my weird friends become even weirder. They all took selfies and updated their profile-picture on Facebook as zombies. I’m not really a huge fan of traditional zombie-films, I chose the zombie element of the film for practical reasons – it was an effective way to create the isolation I needed for the main characters. So, it surprised me that the “zombie-scene” was so much fun to shoot. But in fairness, I enjoyed directing the whole film.

What is the biggest obstacle you faced while making ENTOMBED?

All in all, the shoot went surprisingly well, and with no major obstacles. We had a low budget and only 14 days shoot the film. But we planned for it, and the plan worked. A challenge for me as a director was to get the geography in the bunker right. Because the geography in the bunker appears very different in the film than it is in the real location. So, we had to cheat a lot. But – that’s the fun of filmmaking.

What was your proudest moment during production?

I don’t want to give away too much, but there is a scene with a sexual assault. It is a pivotal scene in the movie, and I knew that if the scene didn’t work, the whole movie would fall apart. Also, when you do a scene like this, you put the actors in a very stressful situation.

We shot it with two cameras, and I wanted to shoot it fast. I didn’t want to put the actors in this situation longer than necessary. So, we shot the whole scene in about 30 minutes. It was a very difficult scene, and after we shot it I realized that the scene came out much stronger than I had anticipated. At that point I really felt we were on the right track for this movie. The actors did a fantastic job.

How do you get a film to stand out in the crowd in today’s landscape?

I wish I knew. With the digital revolution of filmmaking, everyone can make a film. That is a good thing, but off course it also means that more movies are being made and its more difficult to stand out. Film is a young medium, but storytelling has been with us for thousands of years. And the basic structure of a story hasn’t changed much.

It seems to me that many movies these days are driven by events rather than character. I think that the audience needs to identify with characters, and then we need to let the choices of the characters drive the story. Most people watch movies to get an emotional experience; be afraid, laugh, cry etc. If the movie doesn’t evoke any kind of emotion, it will not resonate with a wide audience, I think. So, in my opinion, good characters and good stories are still the best way to stand out.

I watched “The Lighthouse” the other day, and you might say that it stands out by being in black and white and has an unusual aspect ratio. But I think it works so well because of a great story, great characters and incredible performances from the actors. Coming from the low-budget side of filmmaking, a good script is the most important tool. You don’t have a big budget to disguise flaws of the script with impressive effects.

What other filmmakers inspire you to do what you do?

What is your favorite horror decade and why?

Probably the 80s, because that was the horror-films that I grew up with. Some of my favorites: The Fly, Nightmare on Elm Street, Aliens, The Changeling, The Shining, Poltergeist, Videodrome, The Howling. And, John Carpenters The Thing is an absolute masterpiece. I also enjoy the Hammer Horror period from the 60s. They don’t seem very scary today, but they are fun to watch and some of them are pretty well made too. But there are good horror movies in all decades, dating all the way back to Nosferatu (1922).

What is the next step in your filmmaking career?

I do have two feature length scripts that I want to make. One is a conspiracy thriller, and the other is a dark comedy/drama. I’m currently searching for the right producers for these projects.