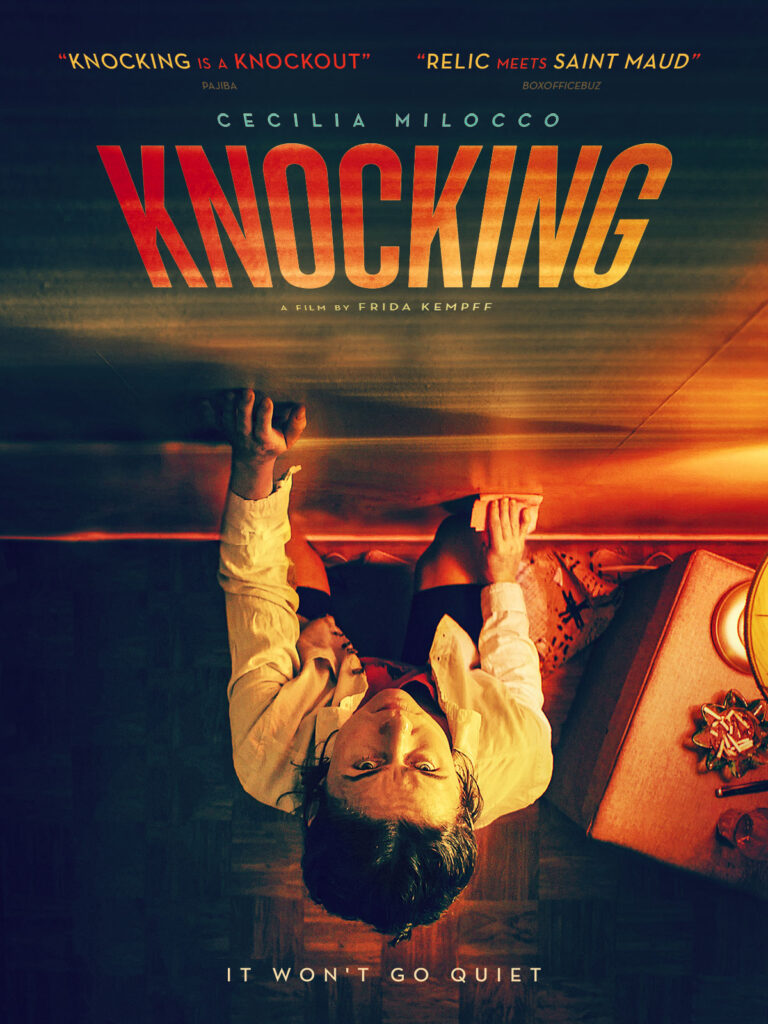 Premiering at Frighfest this past August, was Frida Kempff’s fictional feature film debut, ‘Knocking’, which is based on the bestseller by Johan Theorin.  This Swedish thriller focuses on Molly, newly released from a mental health institution following a traumatic event, who hears constant knocking in her apartment building.  Convinced someone is in trouble, Molly sets out to uncover the truth, but her neighbours and the authorities don’t believe her.

Some Scandinavian crime fiction has a tendency to focus on mundane day to day activity.  The stories are often equivalent to kitchen sink dramas.  ‘Knocking’ is no different.  The film has a very bland colour palate throughout and is more or less set in Molly’s neighbourhood, so the same set pieces feature over and over as the story progresses.

Whilst viewing the film, I couldn’t help feel that I’d seen this story unfold hundreds of times before, most recently (and with better execution to boot) in ‘Fear of Rain’.  I’m all for a simple story, well told, but ‘Knocking’ dragged for me, and at a scant 78 minutes, I don’t think I should have felt that way.

There are attempts to liven things up a little, with some good stunt work and experimental camerawork, and I appreciated what the director was trying to do, but I didn’t really feel invested in any way.

Cecilia Milocco gives a strong performance as our lead, but I was bored.  I appreciate that I am perhaps spoiled with bigger budget movies or that culturally I didn’t “get” what the filmmakers were going for, or that I’m not the intended audience – I think the director wanted to make a horror movie about the place of women within society and how they are treated, but it was so one note throughout that it didn’t challenge me, or make me feel the emotions one would expect to.

The film did come to a swift and satisfying conclusion, but I was glad my ordeal of watching it was over rather than feeling glad that Molly had a resolution.

This felt far too similar to many recent films such as ‘The Woman in the Window’ and there were shades of ‘Saint Maud’ and ‘Relic’ throughout, but there are far better Scandinavian thrillers available to watch.  I don’t think I’ve been this disappointed with one since ‘The Snowman’.